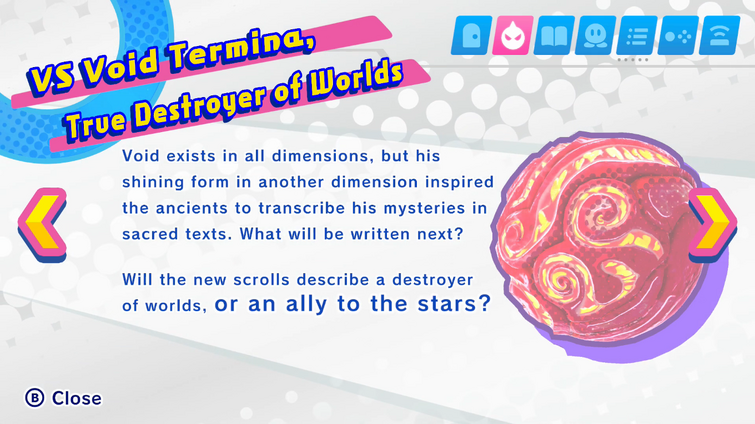 As you can see in the scan above, Void Termina (who im gonna reffer as VT), exists througout all of the Kirby verse, wich would include the timeline, the Kirby verse in his entirety has a unknown amount of dimensions, but we do know that theres at least 17 seperated universes with their own set of Space-Time Continuums (Kirby Main Universe, Mirror Dimension, Dark Mirror, Another Dimension, Halcandra, the 5 Parallel dimensions in Heroes in Another Dimension, Heaven, Hell, Dream Kingdom and Kirby Right Back At Ya universe) and hes omnipresent through 17 timelines, that would make 4-D

Additionaly, VT is older than creation itself since hes the origin, ancesstor and essence of Dream, Darkness, Soul, Heart, all Chaos and possiblities 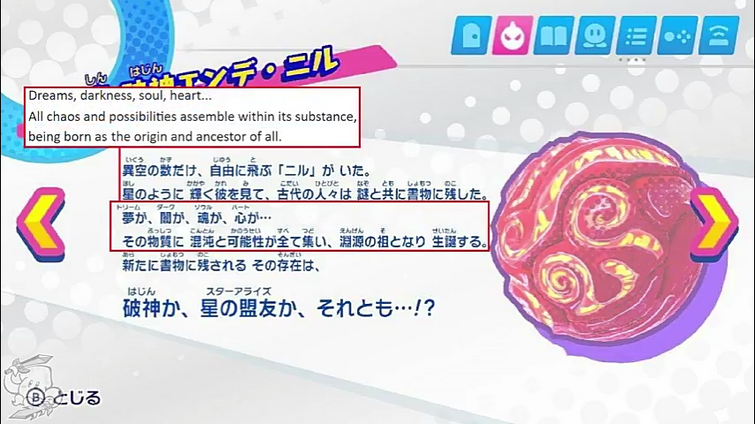 This basically means he even older than Time itself, + the omnipresence and we got a 4-D, not to mention that if VT is older than time and apparently did the same, he would need at least some 4-Dish power, so i say he should be 4-D

Information about Another Dimension

Well, @The Narrator of Narratives you can close this post

Since as a professional chess player would say

>Information about Another Dimension

A dimension beyond space and time ^

^^How? It literally says "a dimension beyond space and time."

He transcends a dimension beyond space and time, there is no Higher D manip here ^

Given its weird transcendence over time and space, Another Dimension can and has been used to forcibly transport beings "across time and space" (Other points in time and other dimensions/realities), the most frequent target of this being Galacta Knight.