I was checking the Naruto Part II profile's KCM key and noticed a glaring problem with the speed rating and justification for it. KCM Naruto is currently rated at FTL due to this:

A good deal of calculations have this feat rated as being many times the speed of light. But those are just completely wrong. They assume Naruto moved a few meters in the timeframe it took A to move a few centimeters based on this

But in truth, if you take a better look, you will notice there is a wall behind Naruto Naruto's original position. 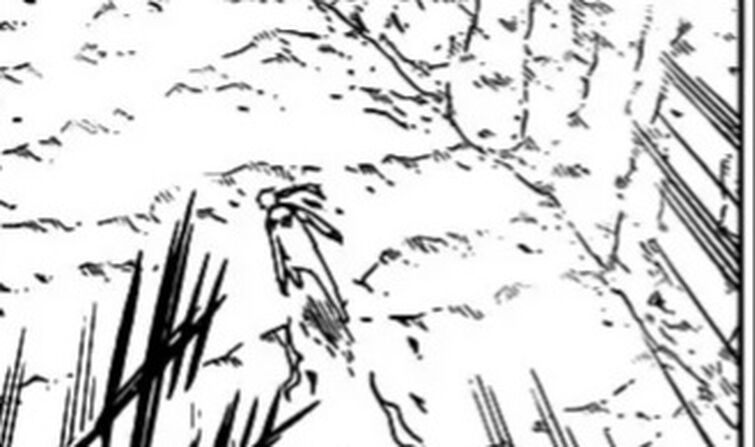 And in the next scan, we see A crashing into that wall in the same timeframe it took Naruto to get behind him in the first place. 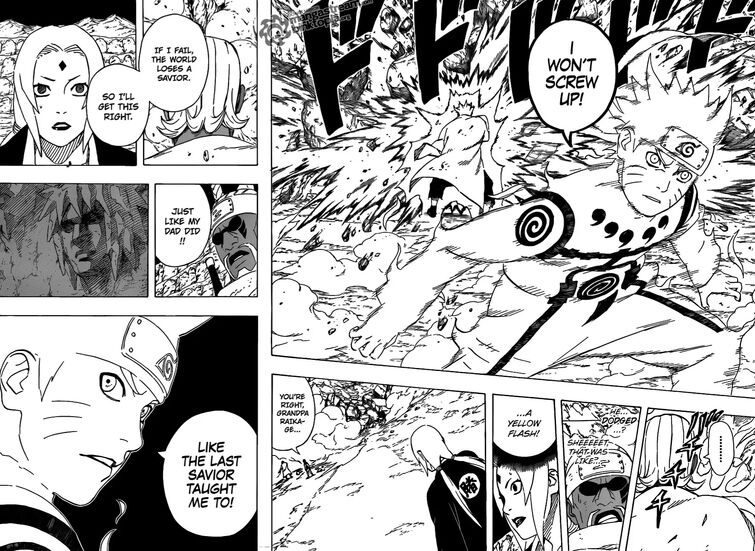 So what does this mean? Simple. That A moved a few meters in the timeframe that took Naruto to move a few meters too. Which means Naruto didn't statue or blitz the punch, this feat is just a regular dodge.

More evidence to support this is that we literally saw A keep up with Naruto the entire fight prior to this, which would make no sense if Naruto was many times faster than him.

Basically, KCM Naruto and all characters scalled from him should be downgraded to Relativistic.

Also, @SagaTheBloodedge You probably want to put this in your OP:

And tag the people who agrees, disagrees, or are neutral

This is a rock 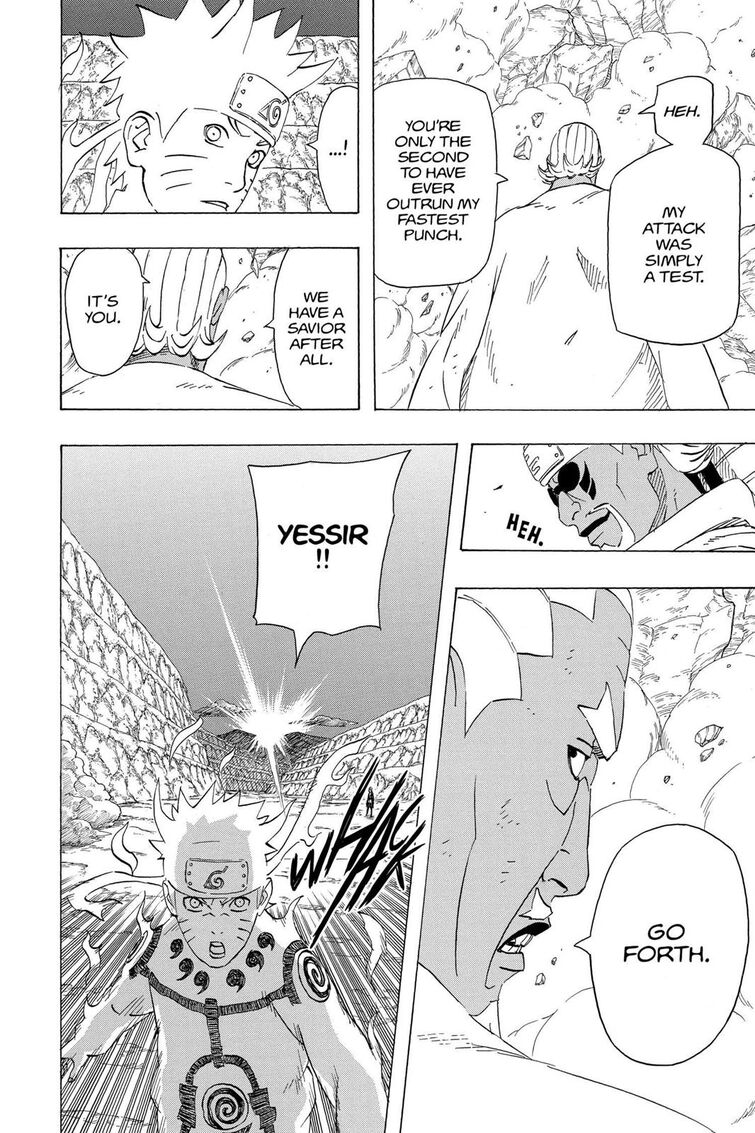 That doesn't even remotely look like the rock in the anime. The walls are made of rock, Raikage's punch just broke it and made large chunks of it go flying

If you are talking about this: 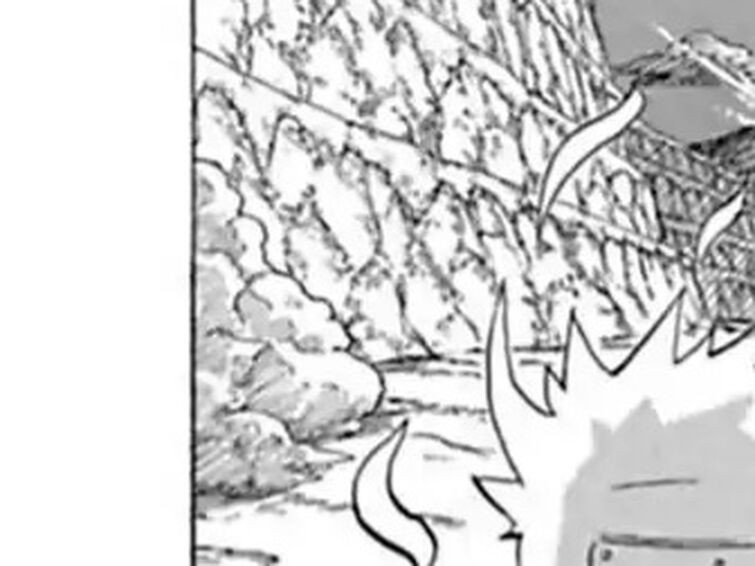 It is quite a bit behind Naruto. The place A hit is front of both, and there we only saw the wall and the chunks of rock that were a result of A's punch, nothing more.

Still confused on why this is relevant, though.

Anime isn't canon, especially if the scenes contradict the manga.

Near light speed is too vague of a statement and doesn't mean more than half of light speed. For all I know 0,1c or 1/10th of lightspeed iis very close to lightspeed compared to any other speed in the verse.

There is no rock in that space in the manga, we only see a wall behind him. Why does that matter though, be it a rock or wall it wouldn't change the fact that both moved a few meters in the same timeframe, which is what I am arguing.