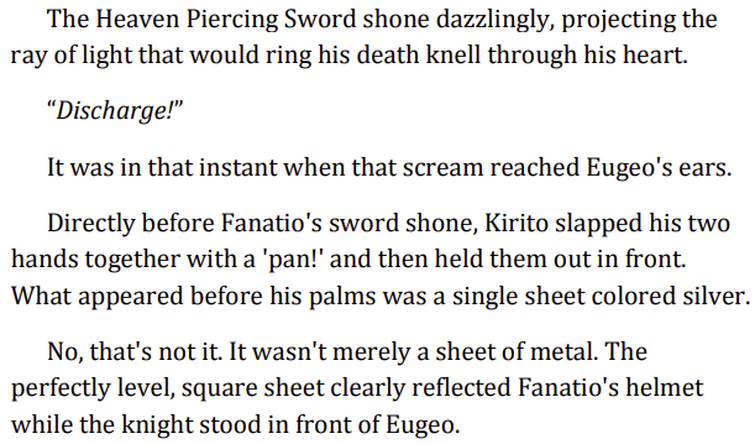 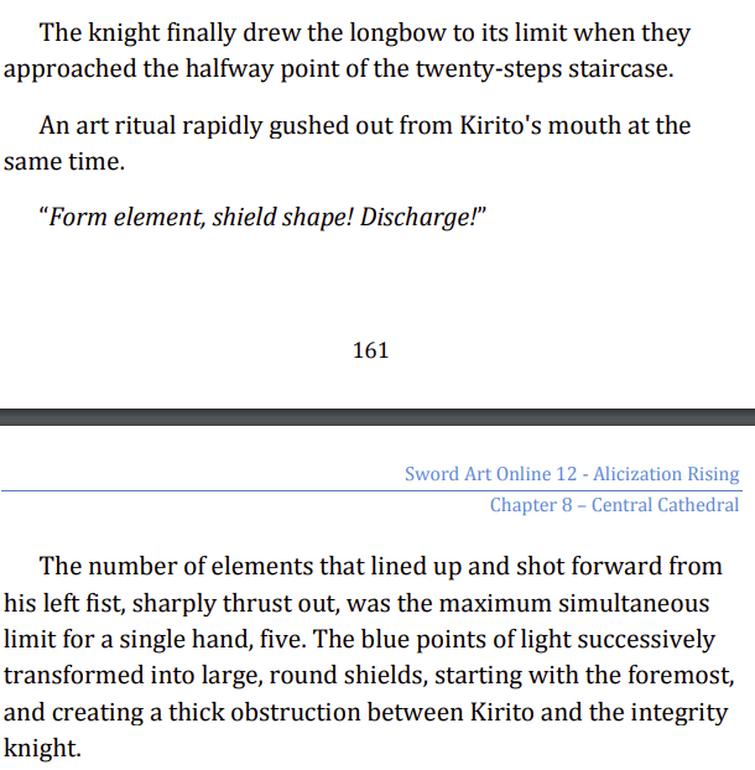 Reason: They should be comparable to Quinella during their 200 years they spent in the Underworld

Quinella is possibly Town level with Sacred Arts (Held absolute control over the Human Empire during her reign and has the maximum number of Sacred Arts and System authority as possible, which should make her comparable to the three goddesses. Created giant walls across the entire human empire in an instant). Can ignore conventional durability in a number of ways.)

So, during the 200 years Kirito and Asuna spent in the Underworld, they should be comparable or superior to Quinella when she was the ruler of the Human Realm

... I don't really see how is that 7-C unless you have calc for the holes.

OK. Some what I am seeing is that the 4-A is staying the same and 7-C for both Star King and Star Queen. And the abilities can be added.

Also, can we remove the Tier 6 end from EoA Kirito? I really don't see the need for it when we know the stars are real.

Weren’t the stars described as prayers and wishes tho? Also, Tier 6 comes from World of Underworld Kirito.

*War of Underworld. And unless you missed it, WoU is the end of Alicization. Also, unless you're arguing the Tier 4 feat doesn't exist at all, I don't see your point.

>And unless you missed it, WoU is the end of Alicization. Also, unless you're arguing the Tier 4 feat doesn't exist at all, I don't see your point.

Yea. I suppose we can remove Low 6-B.

So, for the explanation, should it say Shook the Underworld after absorbing 100,000 stars?

I personally think only the relevant feat is needed, but as you wish.