Doomguy tier is wrong and im here to fix it

First: The Doom Slayer recieves the powers of The Father 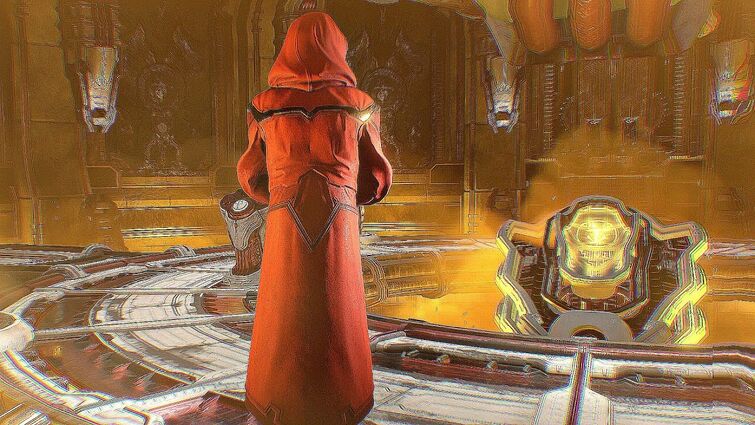 The Father is the supreme deity of DOOM and the creator everything on creation itself, including Hell and Urdak

Hell and Urdak are 5-D and 6-D repectively, why? well its simple

DOOM has a infinite multiverse according to these

"Within the infinite conscious-matrix of the all-seeing Maykr God-mind, there exists every potentiality - every predictive variable of possible future timeline - each one known to the Maykr collective with omniscient, inextricable clarity. The God-mind surveys these timelines, watching them form and expand exponentially like fractal patterns in the fabric of existence. Among these infinite possibilities, only one constant appears among them, unchanged by the flowing data of endless variability - that of the prophesied Destroyer - the one who would bring about the destruction of the Maykrs."

There is a timeline for every possibility and there are infinite possibilities. They act like fractal patterns due to being in such infinite amounts.

And Hell, is beyond all of Space, Time and Dimensions 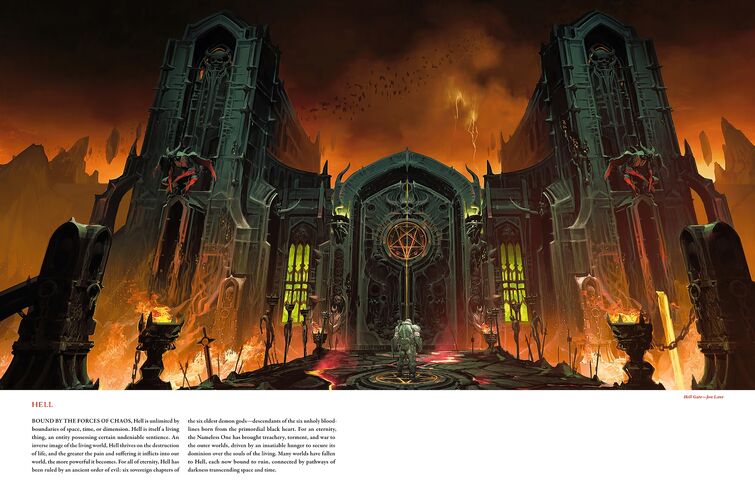 Urdak actually isn't too interesting. It exists above Hell so it's outside of the multiverse as well, In all actuality it is a higher dimension than Hell entirely, making it 6-D.

And The Father created all of that, later, the Doom slayer recieved all of his powers, additionaly, Doom Slayer can literally obliterate everyone from said places, so my suggestions for his tier is:

(The Doomguy can defeat demons and the Icon of Sin, both from Hell, additionaly he stayed there for whats said to be Eons just killing said demons)

Dimensionality: (This is a tricky one, while the Doomguy would be 3-D, the Doom Slayer could be 6-D, since he recieved and even became the new Father, however, hos dimensionality may br completly unchaged as normal 3-D humans can interact and understand him, so i will need help with this one)

TLDR: Doomguy and Doom Slayer will be Low 1-C

(edited by The Pink God)
Doomguy
0

Urdak itself exists in an anchor state, utilizing highly advanced dimensional shift technology to allow a static position at a sub-quantum level. This essentially inverts their position in relation to Hell; both planes of existence are fixed outside the bounds of the known universe, a 'lower' and 'higher' reality.

2-A, possibly Low 1-C seems fine from that, I suppose.

@Infinity Shun @Ionliosite what you guys think about that?

Hell regularly absorbs stuff into its interconnected structure. The presence of demons and their Hell Energy let Hell absorb Argent D'Nur before it was even conquered by said demons. When the Titan's Realm was conquered by demons it was absorbed entirely into Hell. When demons invade they attempt to have the dimension (space-time and all) cast into Hell so it can be absorbed into the structure. Not just that but Hell is said to have fell many worlds so that they are connected to Hell via darkness transcending space-time, bound to ruin.

The gist here is that Hell absorbs space-times into this colossal structure. It seeks to devour as many worlds as possible and for each there is a pathway transcending time connecting it to Hell.

There are infinite 5-D pathways due to there being infinite possible Hell devoured worlds, and they are all connected to Hell since the darkness pathways connecting them transcend space-time and can bind them on a higher level. Infinite 5-D.

Now while Hell is normally just 5-D physically due to darkness, it as a structure is infinitely 5-D, and it transcends all of demonkind so it should be on even higher levels

^would this perhaps helps with the 5-D scailing