So since Giorno speed now is currently outdated, i will show new scaling for his infinite and up. 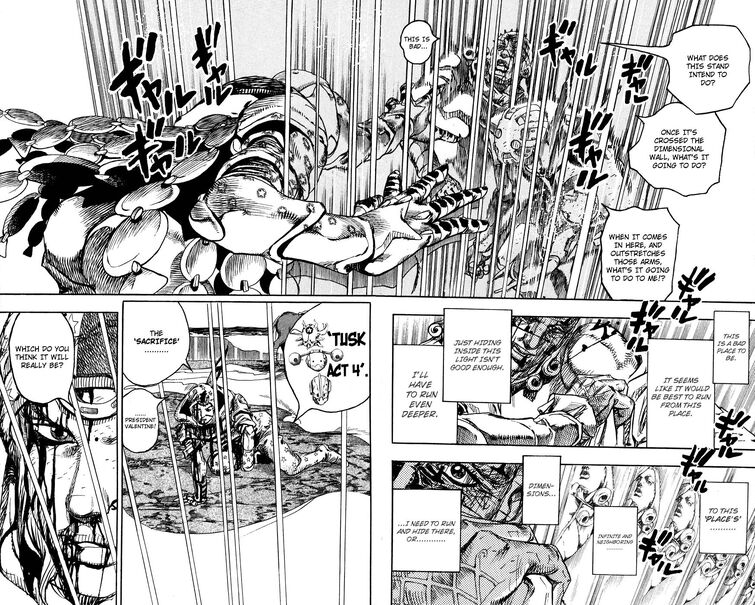 Neighbor Dimensions are alternative worlds/universes/dimensions, whole other space times. they exist all side one another 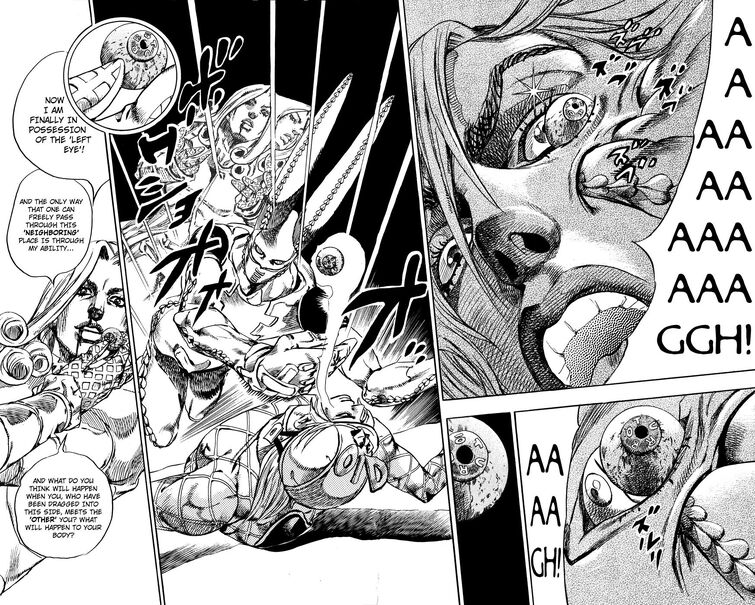 Amount of parallel worlds/dimensions in JoJoImgur

despite Valentine and D4C was going deeper, tusk act 4 still reached them

This would garant: At Least Infinite, possibly Immeansurable (for valentine in love train, johnny with act 4 and gyro with ball breaker)

Now let's come to the point,

Ranked "None" in Speed on its Stand stats, those being referenced in the JOJO-A-GO!GO! guidebook as it stated that its ability "is impossible to compare with the existing Stand(s) and measuring rod(s)", by comparison, Notorious B.I.G. and Made in Heaven are ranked "∞" on their speed, with the latter having briefly been able to achieve infinite speed, and also above Tusk act 4, D4C:Love Train and Ball Breaker

Ger Speed would be At Least Infinite, possibly Immeansurable

(Giorno would scale really higher than baseline, likely unquantificable or incalculabe times above baseline due to null stats and the big speed difference)

Both HA Dio and Jotaro (EoH)

Speed Feat for HA Dio, that reacted both infinite spin bullets and GER

HA Dio would have both At Least Infinite, Possibly Immeansurable for both keys, same for Jotaro

I didn't talked about Jorge Joestar because we don't have profiles.

2 more votes and we can close this

So did we finish or?

The disagree is invalid due tho:

Incosistence is because beliving it's infinite due to having infinite dimensions but not beliving due that those dimensions are spacetimes, they are neigbor dimensions, parrelal universe, other worlds, and in jojo those stuff are other space-times

it lasted long enough, the only valid disagreement here is pretty meager. you can close, I'll apply the changes