Immortality Type 1 removal - phantoms were never stated to be eternal

Immortality Type 3 removal - Senjudoji can't even regenerate an arm and it makes no sense for her to somehow scale to Iori in this department, because Irori uses shadows to regenerate

NPI removal - it is evident that phantoms are not intangible, you could argue it's because Aibetsu is a Beckoning hand and it has something to do with her, but this is just one out of many cases

Spiritual Awareness - can see phantoms, which are invisible beings

Invisibility - for the same reason as above

Speed change - basically same as above "at least" and "likely higher" should be added, she also appeared next to Iori without him even realizing it, a little supporting feat

Lifting Strength change - I'm assuming this comes from Senjudoji. If that is the case, Senju's case is Telekinesis, it should not scale to her normal stats or any other character for that matter. LS should be changed to unknown. If it's because of Senju's size, I'm not sure if it counts or not.

Range change - range should be changed to Interdimensional, since she could affect the room in Iori and Aibetsu's school from Tsukuyomi Mansion

Reality Warping removal - this is not reality warping, I'll get to it later

Spiritual Awareness - she can see phantoms

Spatial Manipulation - as shown here, this is also how she creates portals

I'd like to rework the profiles altogether if that's not a problem.

Looks fine to me

In that scan you see existence erasure, but I really don't see how this is reality warping.

The "distortion" part is more so referring to spatial manipulation like I previously said. Her eyes can distort space and create portals. 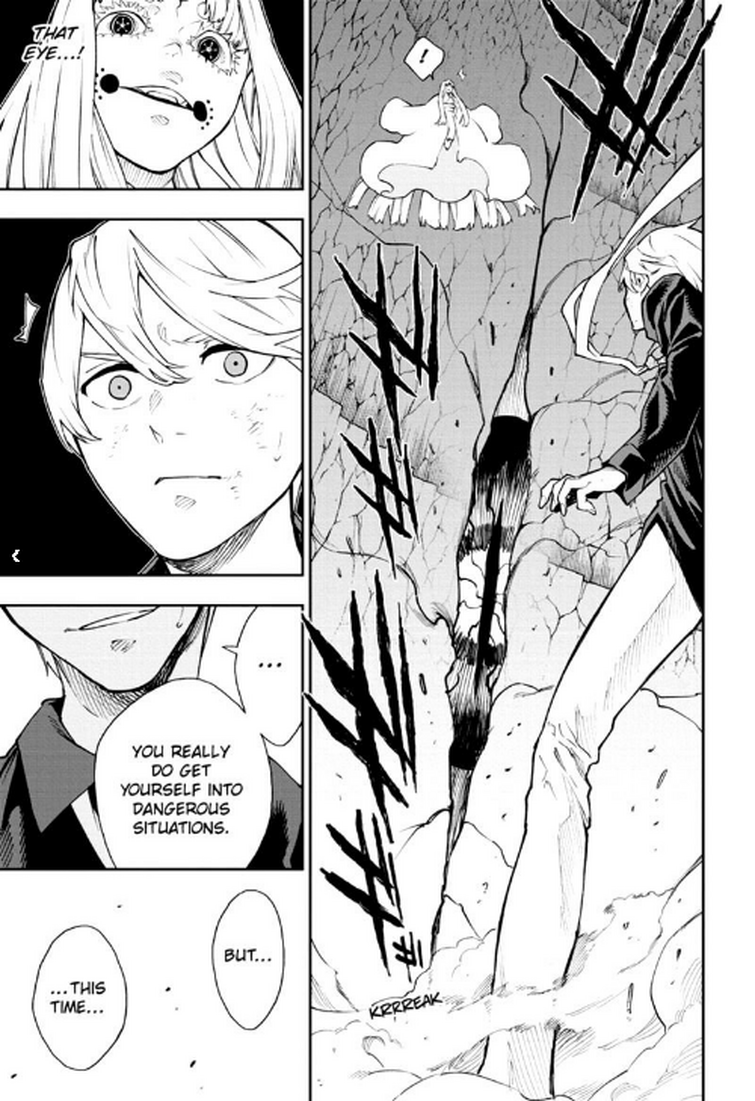 Need more agreements so I can proceeds with editing the profiles.

looks fine to me

And another bump. Need 3 more agreements.

If you want you can just apply the changes since no one is against it.