The context of Superposition in S8 verse is vast

We have already known quite of it in ch 35 where Fudo myoo first introduces of it when asked how old is he, he says he's in a paradoxical state of both living and dead in a sense the answer lies in how you observe which is an direct reference to quantum Superposition which States an particle may exist in two or more states and it collapses into one state when an observer comes into action. He even gives an Schrodingir's cat explanation further proving about quantum Superpositional existence

And Hachimaru who latter became fudo myoo was directly stated that his possibilities are as vast as the infinite universe/cosmos, since when hachimaru asks if he can see what's inside the Pandora's box since even his master Daruma is unable to see anything to which Fudo myoo replies with is that "The Answer lies in how you choose to view yourself, for your possibilities are vast as as the infinite universe" 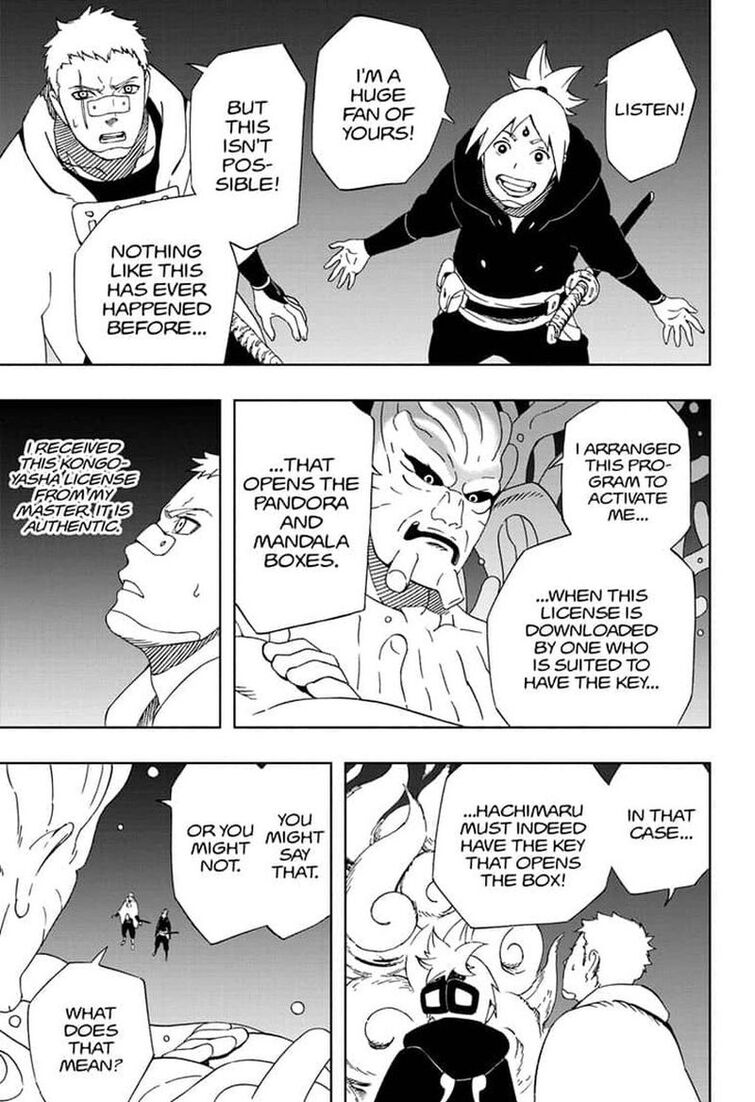 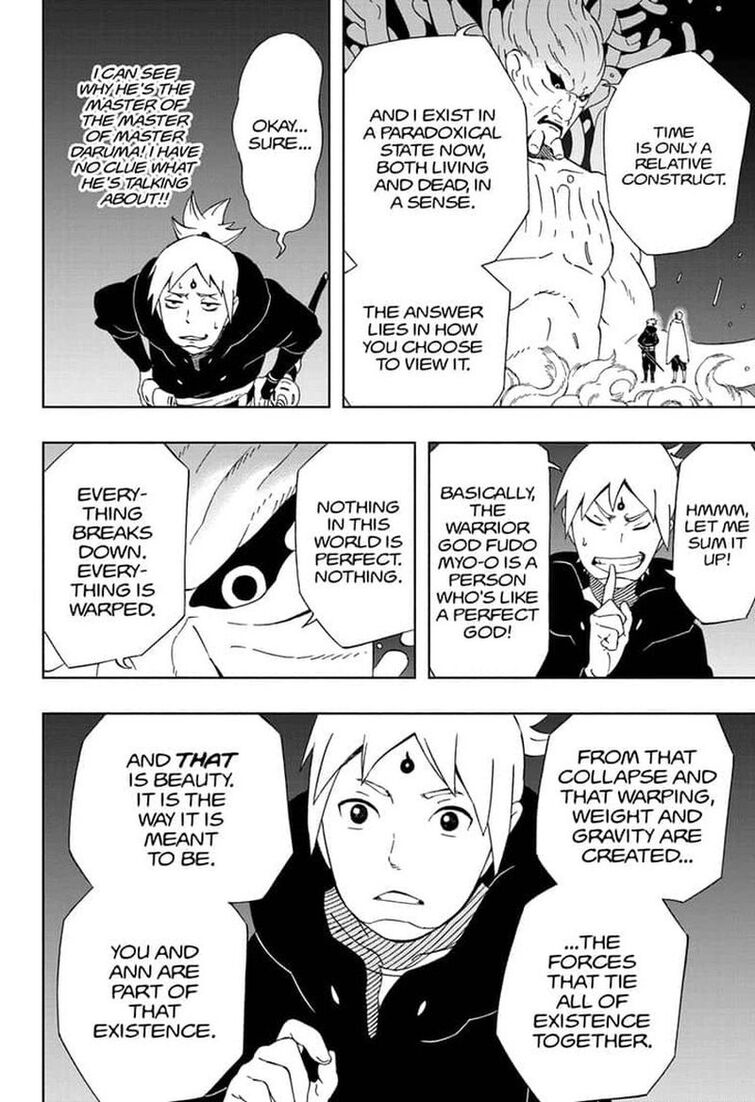 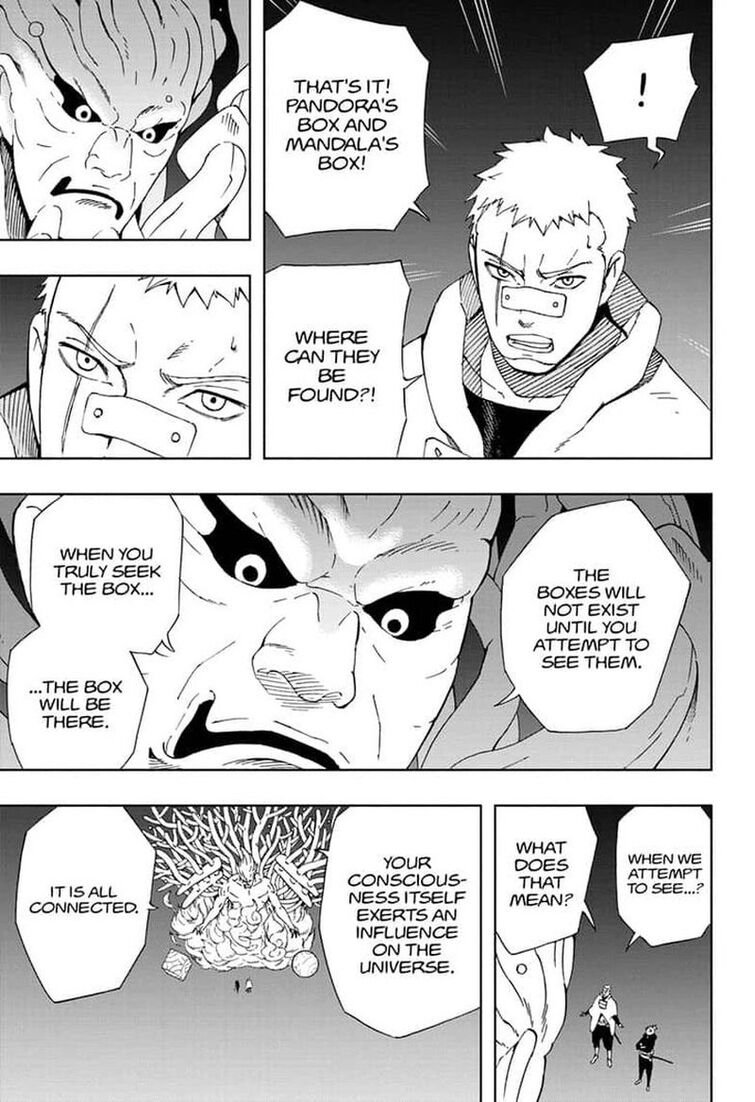 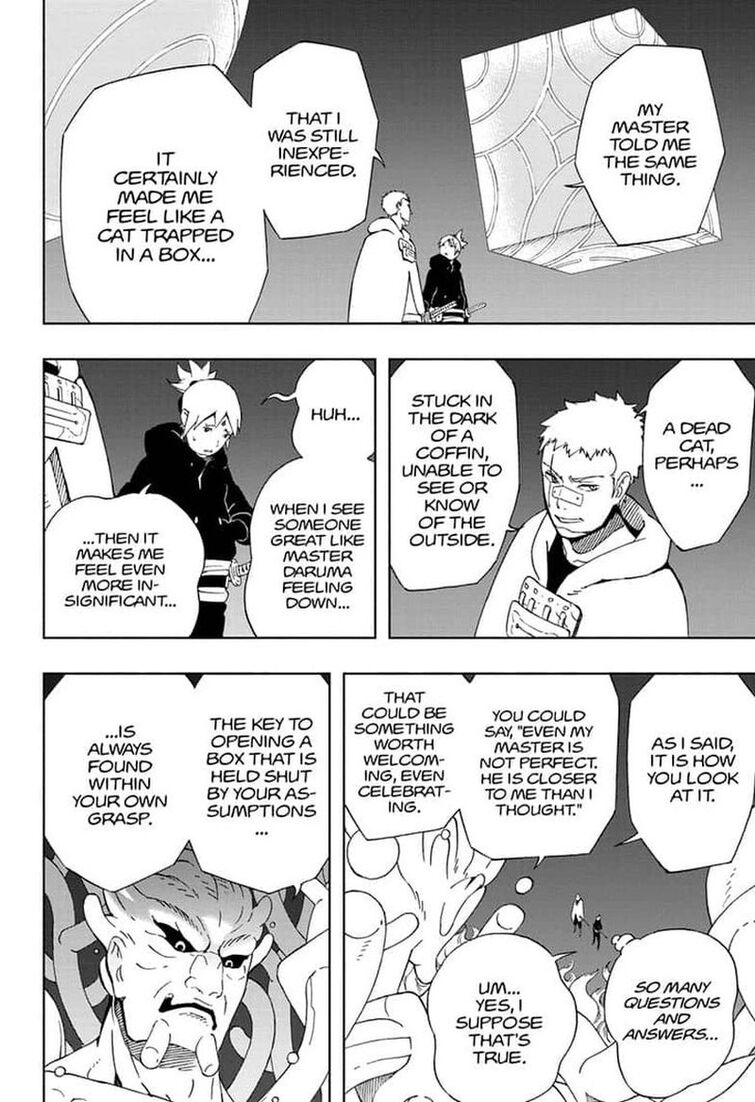 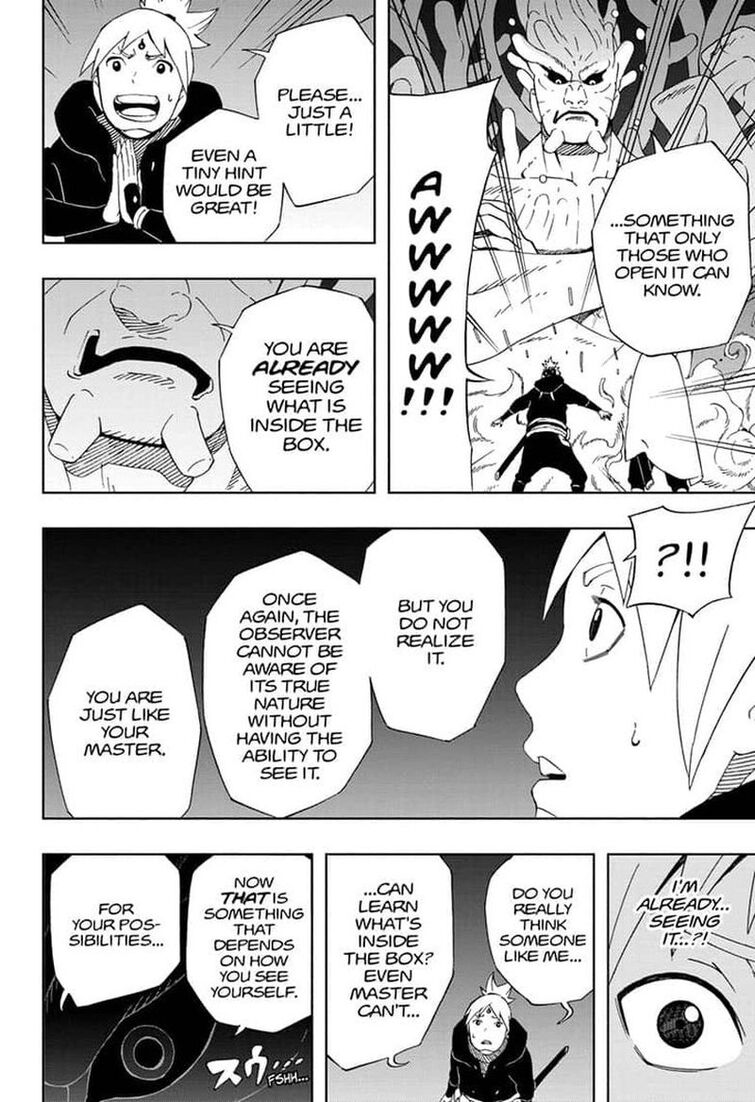 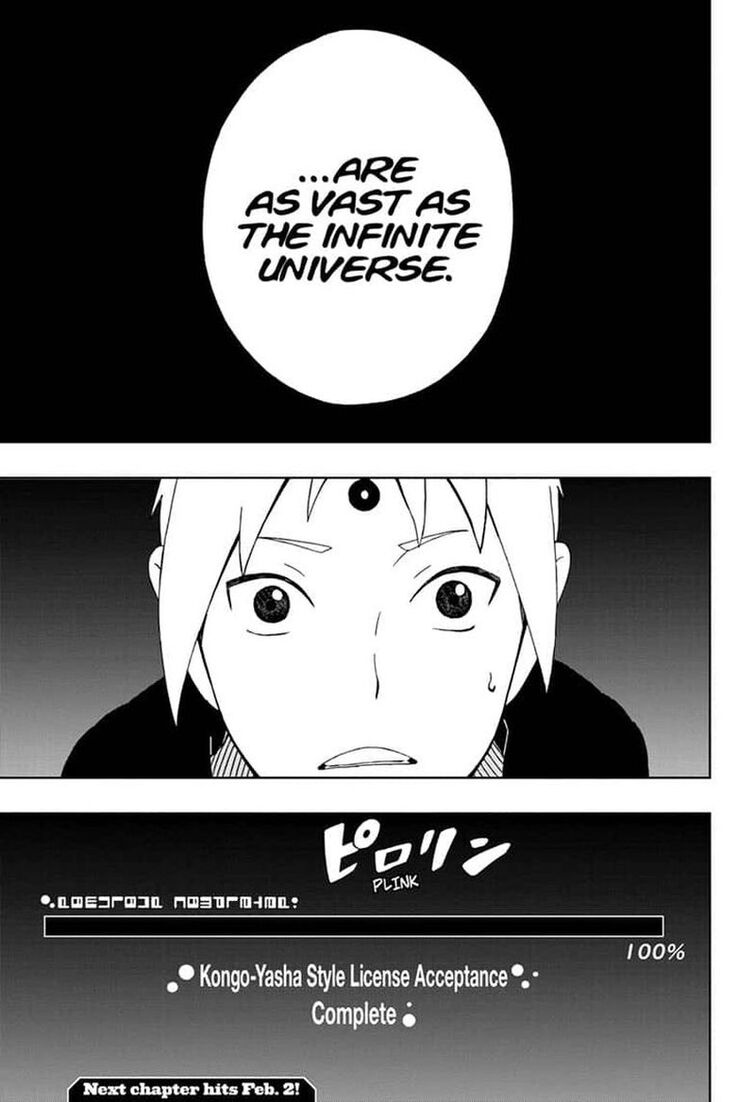 ^^^^^And here in the above 2 pics he directly says Hachimaru having an Infinite possibilities on how he sees stuff which means Hachimaru can literally be anything as long as he sees itself I. E true form of hachimaru/fudo myoo (cause later we know he became fudo myoo, which I'll also go in details) is an formless infinite being which collapses to one state on what he sees himself as , I. E he maybe anything he wants 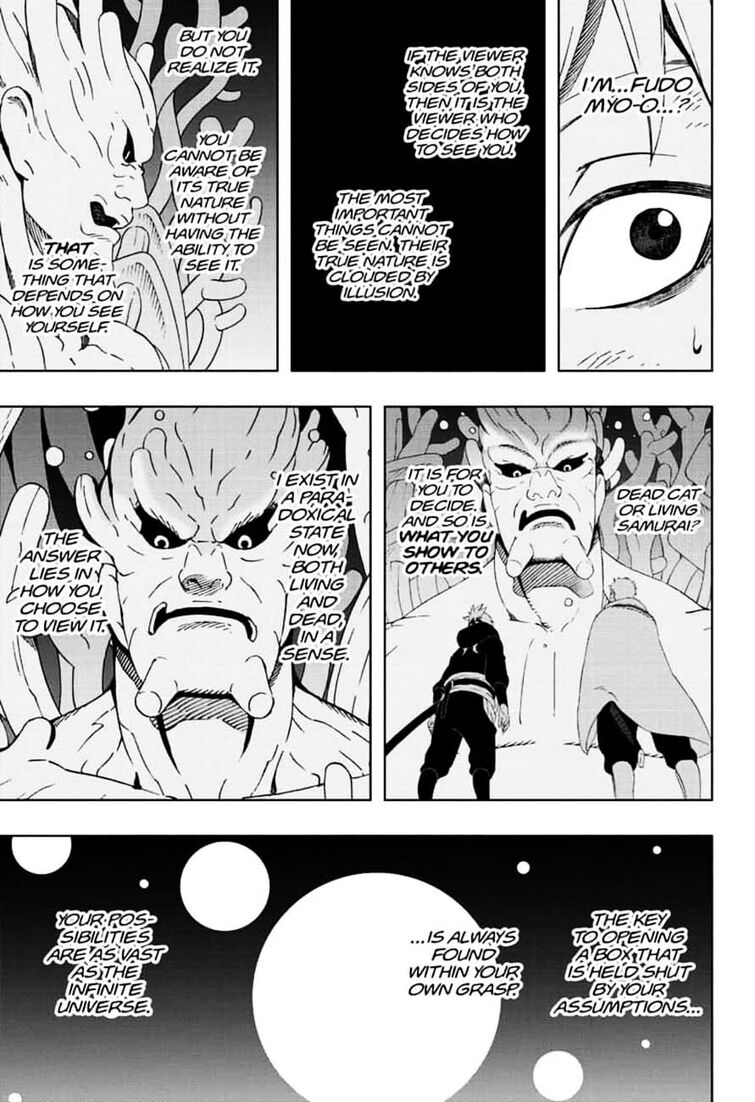 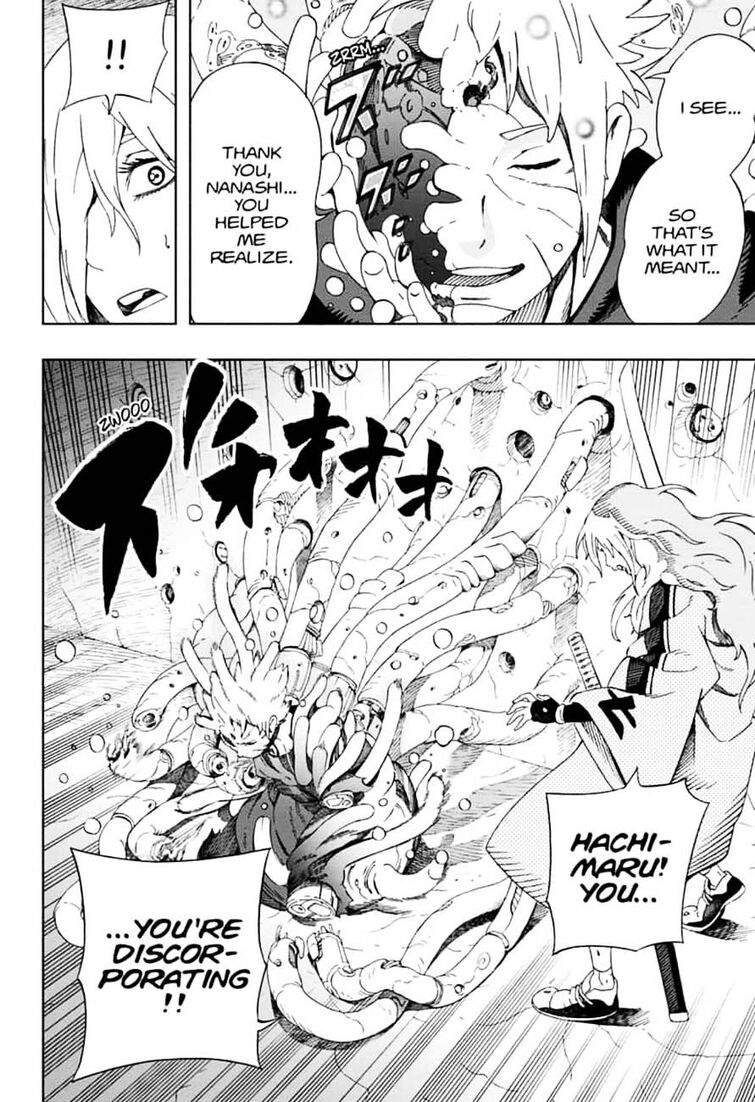 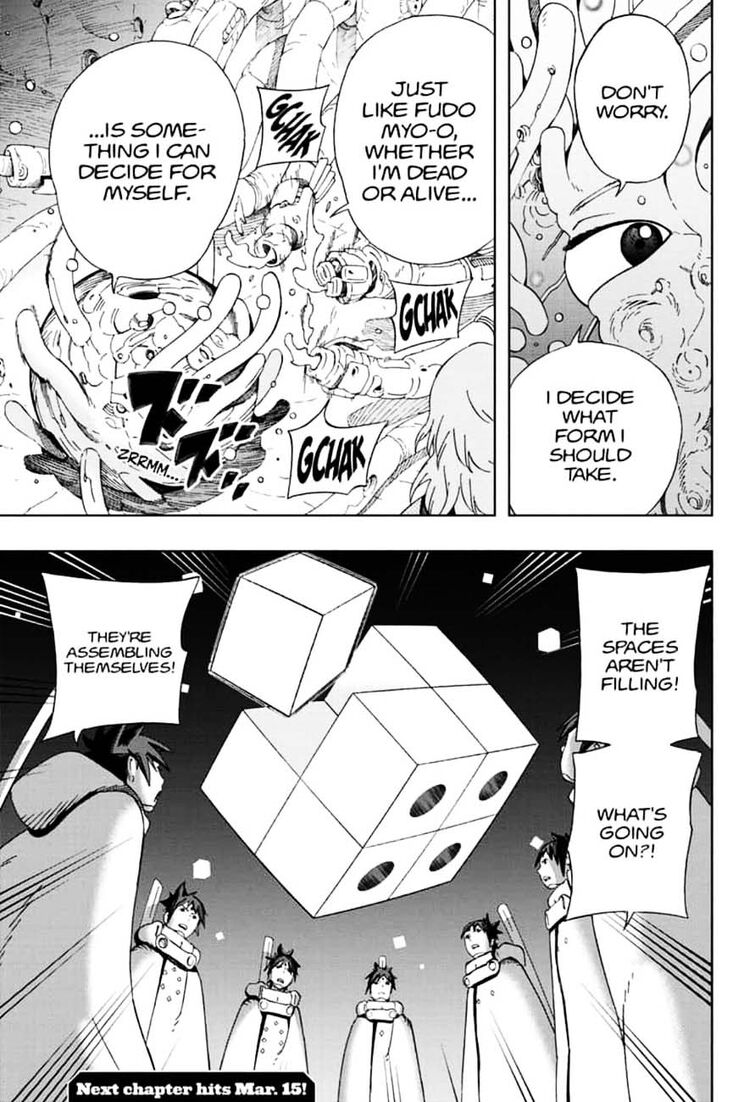 And now in this ^^^^^ above, we get an confirmation that he literally an infinite Superpositional existence and he decides what form to take just like fudo myoo

Here we get the potential how far he can get, he literally understood what fudo myoo said and saw himself as a Fudo myoo and guess what he actually became the fudo myoo, both living and dead, existing and non existing, beyond time space and within time space as drive of energy that flows through it(it's said in the last chapter) 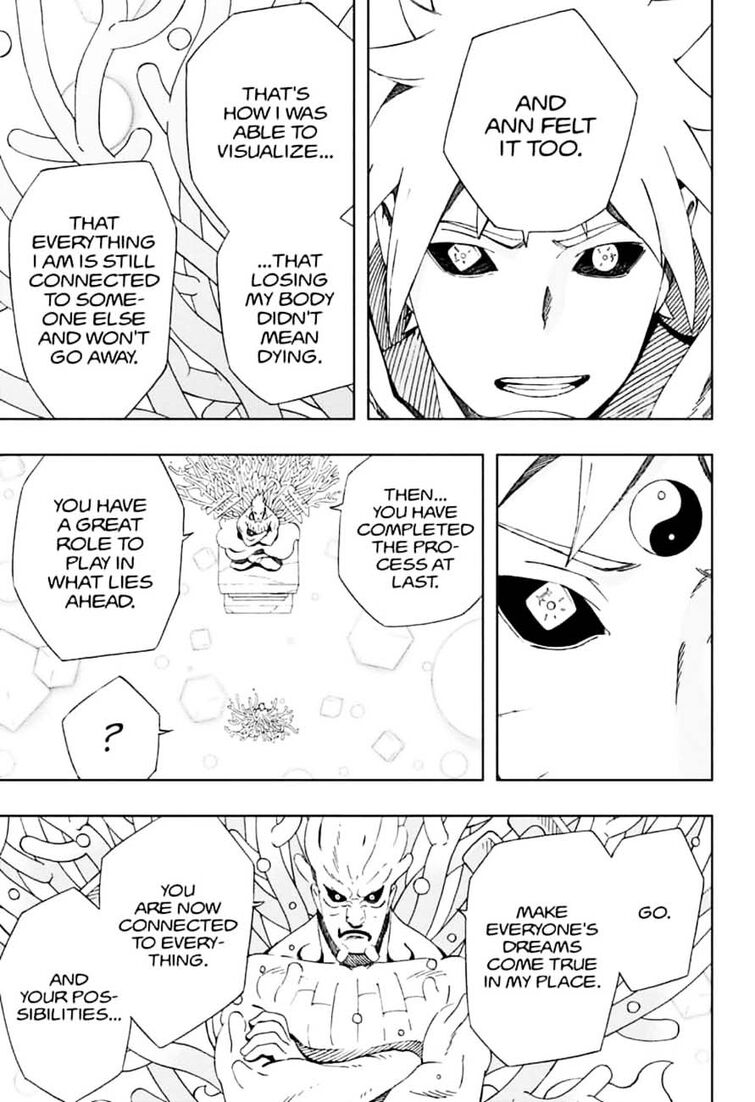 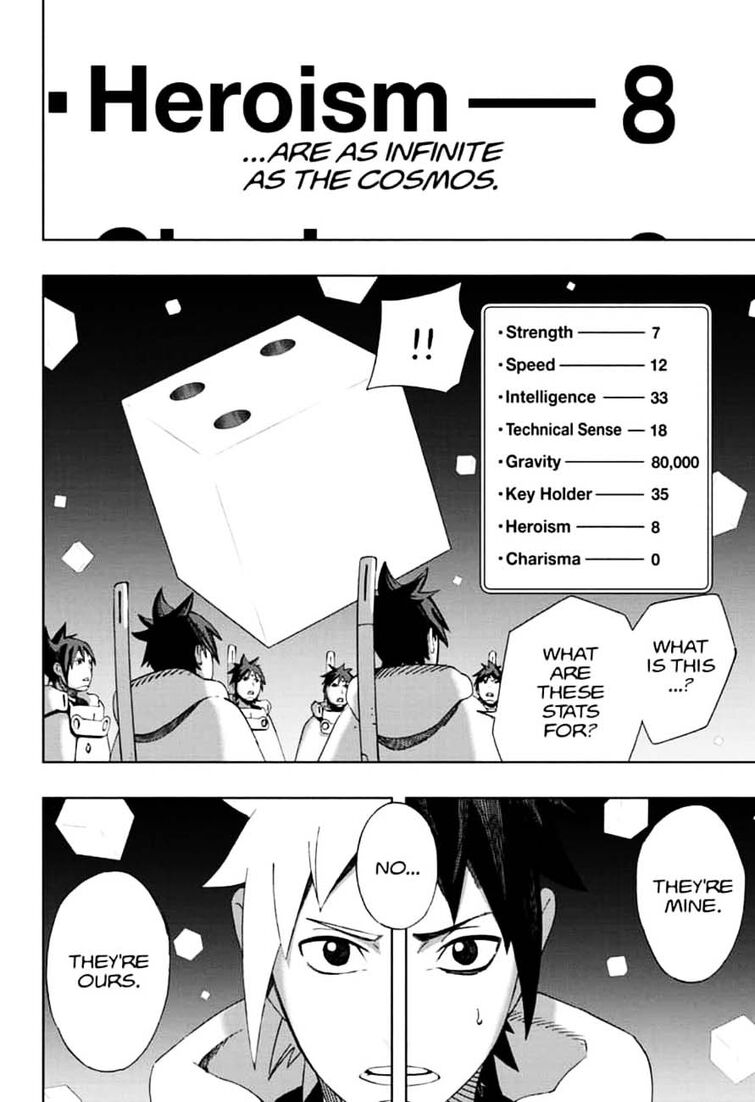 Considering that with an limited intelligence he could understand and see himself as fudo myoo an higher dimensional abstract being and became one so now after becoming the fudo myoo the verse concept of information and wisdom itself and with multiple statements and confirmation that he has an infinite possibilities I. E infinite Superpositional existence so he could probably become absolutely anything he sees himself as, his nature is formless and infinitesimal and he collapses into one state on how he observes himself as 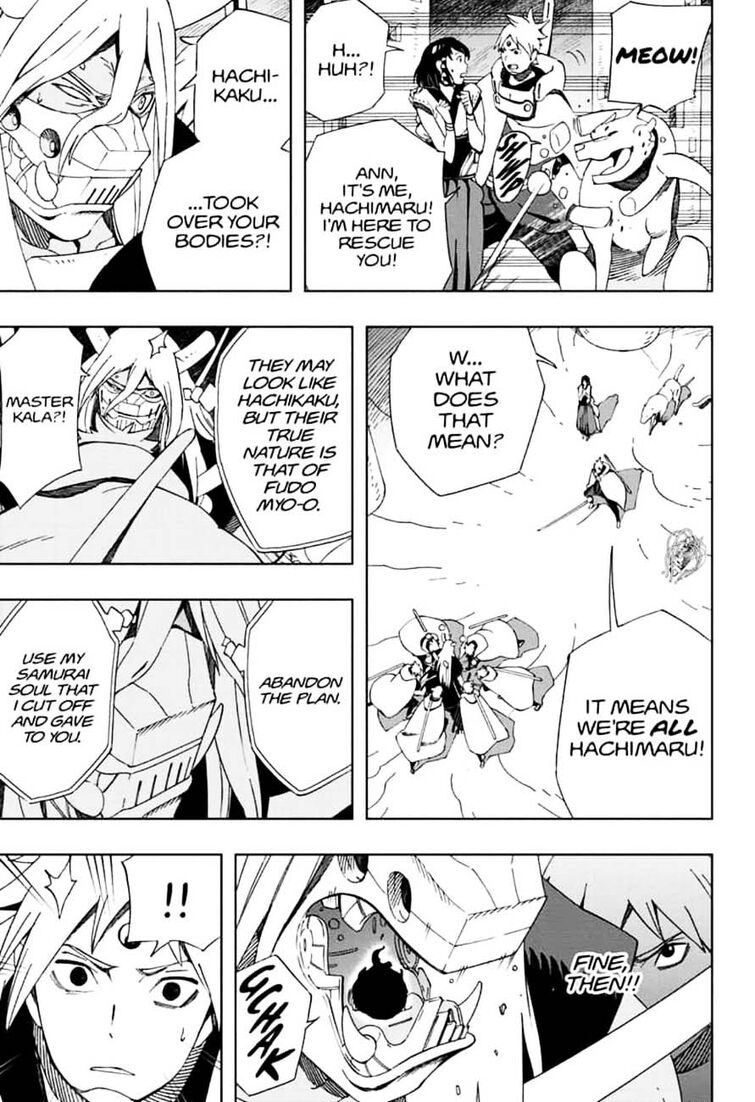 Now I don't think it's just any probability manipulation hax or anything yes it is to quite some extent but we know quantum Superposition means an being in multiple states at once and collapsing into one when an observer comes into action so true form of the object is something else and it merely collapses into one and here in S8 we know that Hachimaru true form/nature has infinite states of existence and collapses into one when he sees himself as, so what level will that true infinite state existence at once mean? From just a few we know he is existing and non existence(Pandora box), living and dead, beyond space time and within space time as pure drive of power, Alpha and Omega(A'un relation described by Daruma) and this are just very very small compared to infinite which makes his potential extremely vast and knowing him being the very concept of information, embodiment of thoughts, memories, will, callings, premonition etc it won't be far off to assume he can literally be anything he wants to which is actually insane

Please give your opinions on this and what you guys think of it, thank you for your patient reading

Not a single of those scans even mentions Hilbert spaces, so no on that.