Hello little fellas, i'm here with another CRT to cover some things on the scalling and small upgrades for some characters within the franchise threatment, so without takling let's get into this.

Some tier 5 justifications are fine, but Post-Generations Classic Base Sonic should have a adressing of a 5-A feat after the events of Sonic Generations and within Sonic Forces in purpose, the feat is Classic Sonic alongside his modern counterpart and the Avatar destroying the Death Egg Robot which has implications of being more powerful than Infinite while using the Ruby's powers, this robot scales to weapons, such as the Eclipse Cannon which can pierce through stars within the lowball assumption being taken as 3.736 ninatons of energy via this calc. 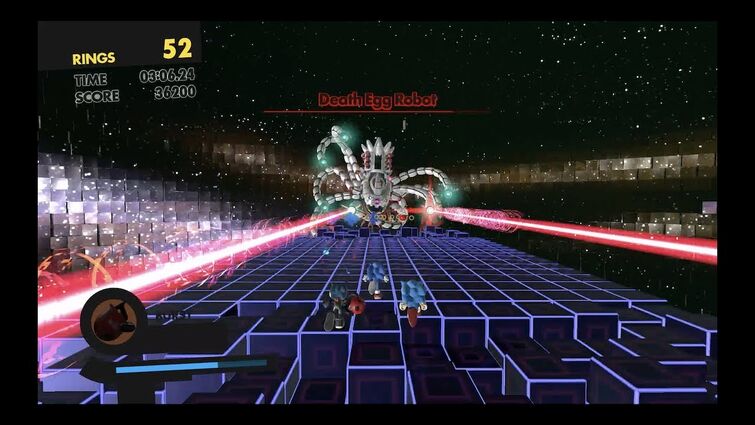 The Eclipse Cannon in Sonic the HedgehogVS Battles Wiki

With this in mind, Post-Generations Classic Sonic or Post Forces should be 5-A in base key.

Restorage of the Modern Sonic's profile with some changes:

As far as you guys are aware, the main Modern Sonic profile got deleted due to copy-pasted stuff, but this time, the profile is going to be changed to new justifications on the old tiering scalling and thus needing restoration, here's the new proposal:

Powers and abilities will stay the same as it was on the old profile with the small addition of powers such as Perception Manipulation on this scan.

The application of powerscalling with his Classic self, but with an actual feat such as:

Destroying an weaponized Egg Mobile which powers have capability to split the planet into 7 pieces.

And of course, scalling to the Chaos Emerald's feat on Advance 3.

Destroying the Nega Wisp Armor, which powers up a black hole capable of sucking the entire amusement park on the instance created by Eggman which is larger than Earth. 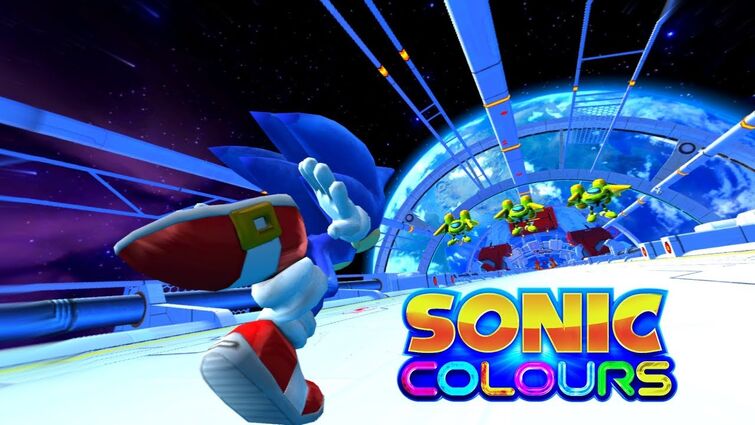 Feat occurs on the timestamp of 13:07 minutes.

Takashi himself confirming it is larger than Earth in IGN interviews.

With such changes, the Nega Wisp Armor or the Egg Robo can be one of the justifications for a possible 5-A feat due to this feat in purpose.

The Nega Wisp Armor can use the energies from a Violet Void wisp, which is taken to be 5-A through this calc.

The Egg Robo combines the power of this Asteroid with Red Burst which energies creates a black hole capable of such potency, the stars are assumed to be very small on the main creation, hence the 5-A can be applied through this calc.

The High 4-C should be removed, assuming the fact that it is taken from a highball assumption and thus it should be discussed or rejected on a separate revision, the 5-A using this method is more applicable in such sense since Indigo Asteroid scales to other wisp energies which creates 5-A capabilities at their highest rating.

Addition of Speed Feats for Base keys:

The statement of Sonic saying light-speed is small time will still remain on the profile restorage, however, additional feats will be considered such as:

Is superior to his classic counterpart who can move at light speed in order to time travel, in the usage of the time points.

Superior to his Adventure incarnation, who can move at light speed almost instantly.

Other feats such as him surpassing the Light Speed Dash will still remain, these ones are just small additions to the profile in cover regardings.

Nothing so special to touch about the durability, so it remains as that for now.

That's all for now folks.

There doesn't seem to be anything wrong with these at a glance, agreed.

But this thread kinda changed my mind, so ig bringing sonic back is not that bad of an idea

I agree with the revisions

Alright, since this has enough votes, the changes can be applied.

(Someone close this iirc)