So, we currently use this calc to our Naruto speed, which leads in 9.8x FTL

But there is a mistake. the calc uses this scan that say that lariat is ''almost speed of light'' 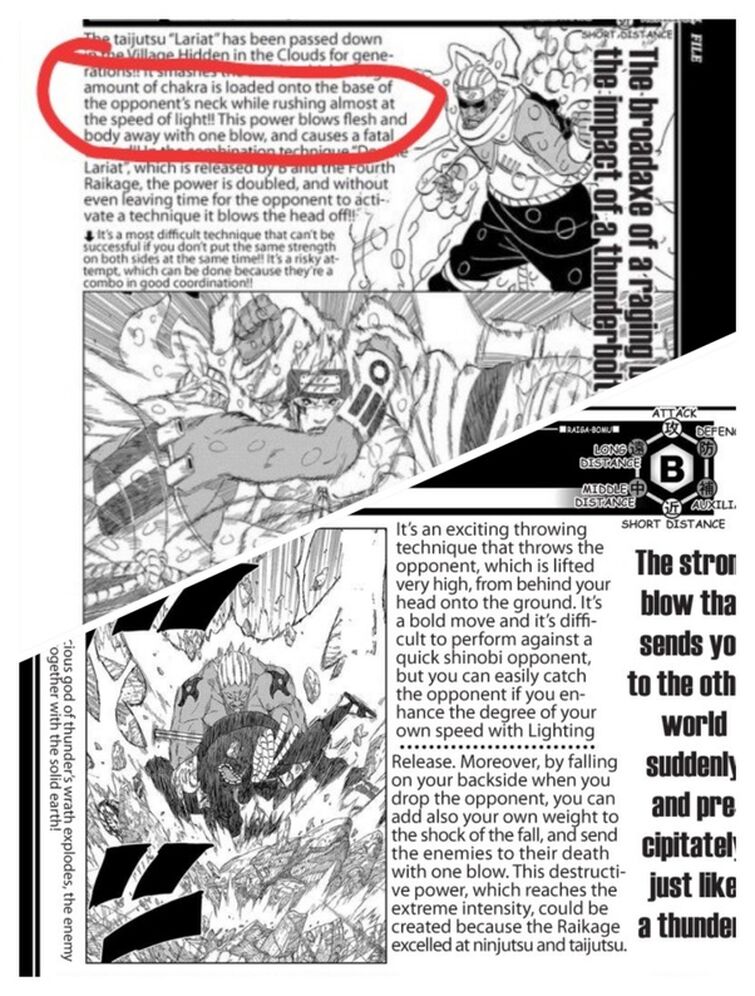 And the mistake is, the oficial language actually states ''speed like light'' or speed of light'' 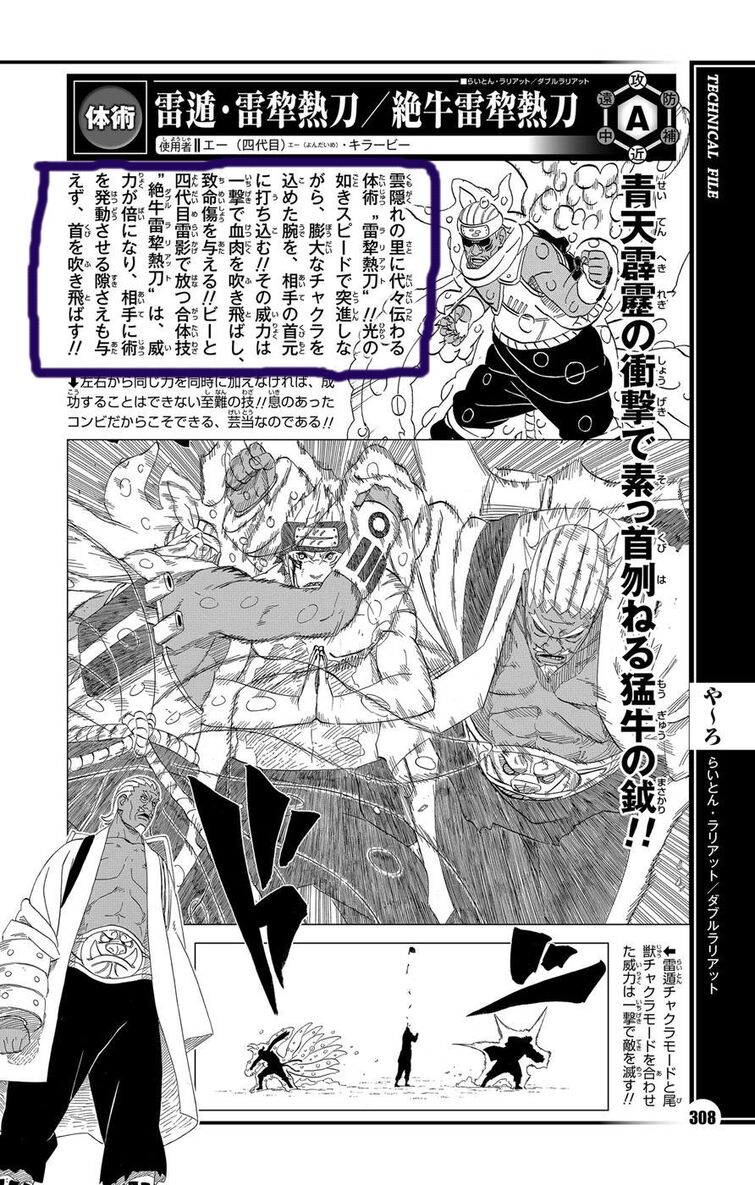 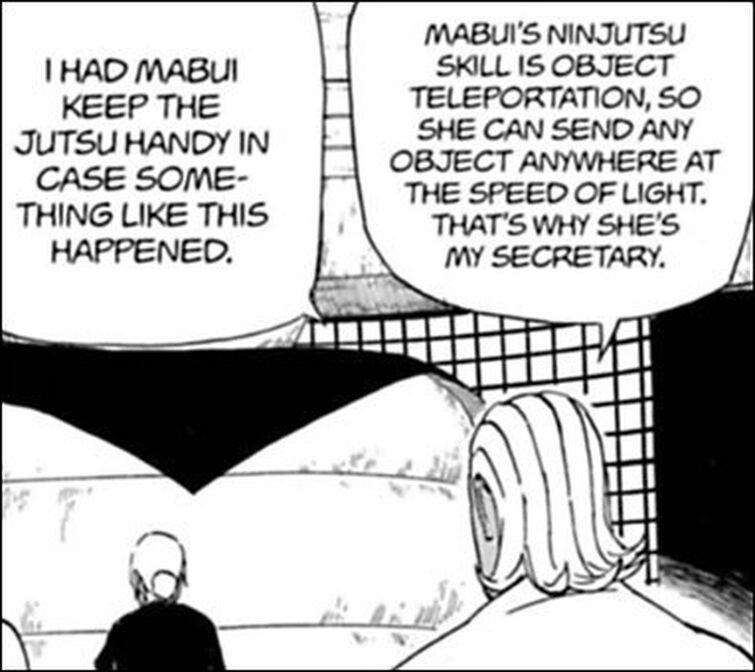 So, yes, the naruto dodging calc need to be remade, and instead of 0.51 to lariat speed, we need to calc it to be Speed of Light

There are several issues here.

First, which is not even as important as the second, is that Naruto moved about the same distance the Raikage did.

The other problem is Light Fang. Taking into account Naruto's struggle with LF, it makes no sense for him to be rated this high, considering I've personally calced Naruto's movement speed to be only 2 x FTL when dodging LF. Mind you that his headband didn't survive unscathed and that's a latter form he was in when he dodged it.

Also, may I say that "speed like light" coming from a Naruto databook does not sound promising at all to begin with. If anything this new translation makes it more questionable than it was previously.

That's the problem. Naruto in an inferior form has this movement speed, yet then barely dodges LF in a stronger form, performing about 2 x FTL movement speed feat with struggle. Things don't add up.

And now that apparently 0.50c is out of the equation, you're suggesting that Lariat is SoL. But according to the profile, it seems as though Naruto has a speed multiplier. Which means that even if you use my interpretation of how things went and Naruto moved approximately the same distance Raikage did in the same time frame, even if you were to still use 0.50c for Lariat's speed, that'd still make Naruto faster than 2 x FTL when you add the multiplier, which is impossible considering there's a direct contradiction later down the series.

Anyways, should I make a separate CRT? This is an entirely different topic to begin with.

Shun's idea sounds the best, and I trust his translation, so I'll agree with him.

But wonder's arguments are good as well

Hmm so looking back at some naruto databook scans and all, Haku has been consistently said to be light speed and is backed up with other characters like Kakashi being fast enough to cut through lightening and Might guy punching at the lightening speed etc, so I think KCM Naruto and above should be above just 2× ftl as opposed to what Wonder says of Spsm naruto just being 2 times ftl, unless we're saying that Spsm naruto is just twice as fast as Haku lol