Hello I have come with proof that akuto sai strength is higher than its currently rated. I have 2 or maybe even 3 ways to prove this so lets get into it 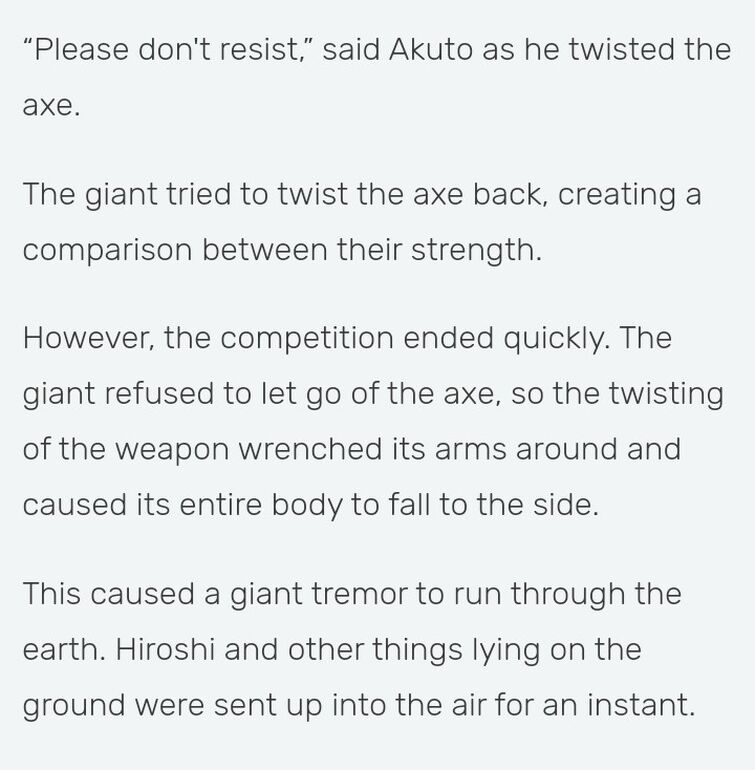 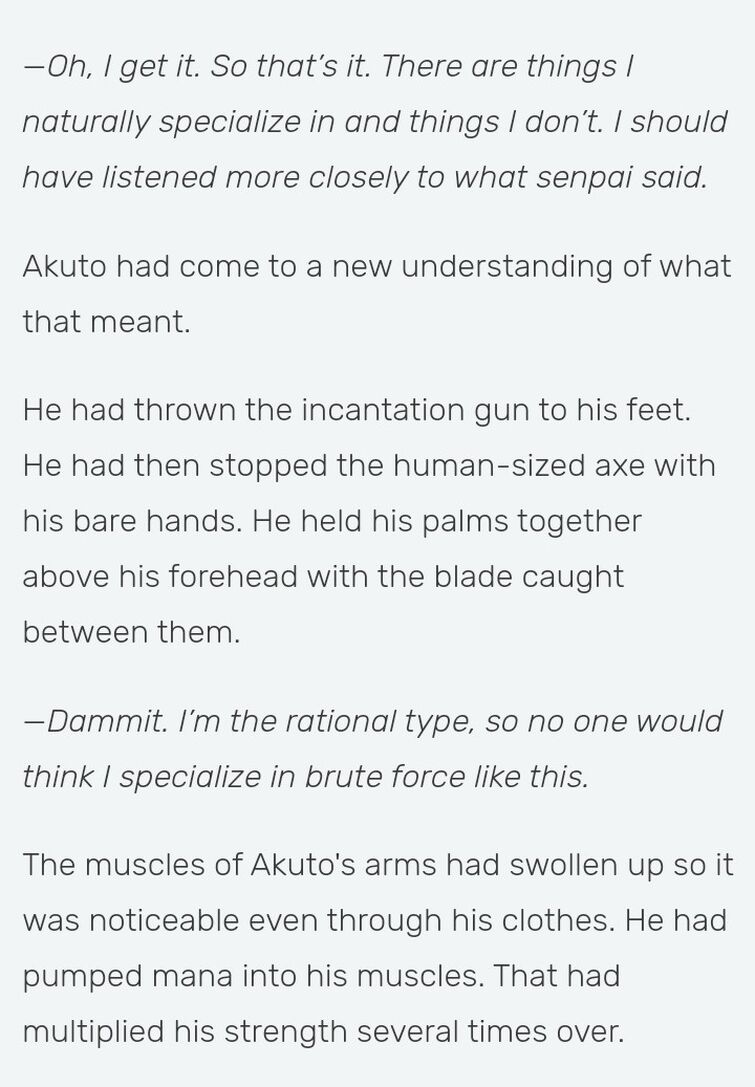 So only when being strengthened by his mana into his muscles he will be this powerful. I know some people will bring up its a hyperbole which yes these kind of statements are often hyperbole but when its stated 2 times for the same character i think its consistent enough to the point we should at least consider it to be true. Yes this is act 2 akuto sai so he will become stronger thanks for reading

I don't know what kind of idiot would try to argue this is hyperbole, but my issue is that I don't see how is this above what he's currently rated as.

Yes this is for act 2. The reason it would be higher is because of this calc i think https://vsbattles.fandom.com/wiki/User_blog:DMUA/Standard_Calculation_for_shaking_the_Earth

The quote isn't talking about shaking the planet tho, so that calc wouldn't apply.

The earth is the planet though?

No, earth refers to the ground below their feet, even the biggest quake in this battle is noted to have only covered the city, so it can't be talking about the planet.

And if we were to use the dictionary.com definition it goes explicitly into what the earth is and is very explicit in the fact that its a planet