I agreed with immeasurable btw

About 4-C, i think I agree as well, as you said that he is using the KE to attack

A reply to Alice the Eternal Sleep
0

Yeah, OPM nowdays have several tier 5 calculations and feats, Saitama claiming that he can obliterate the whole planet have some decent support, thats why i made the thread 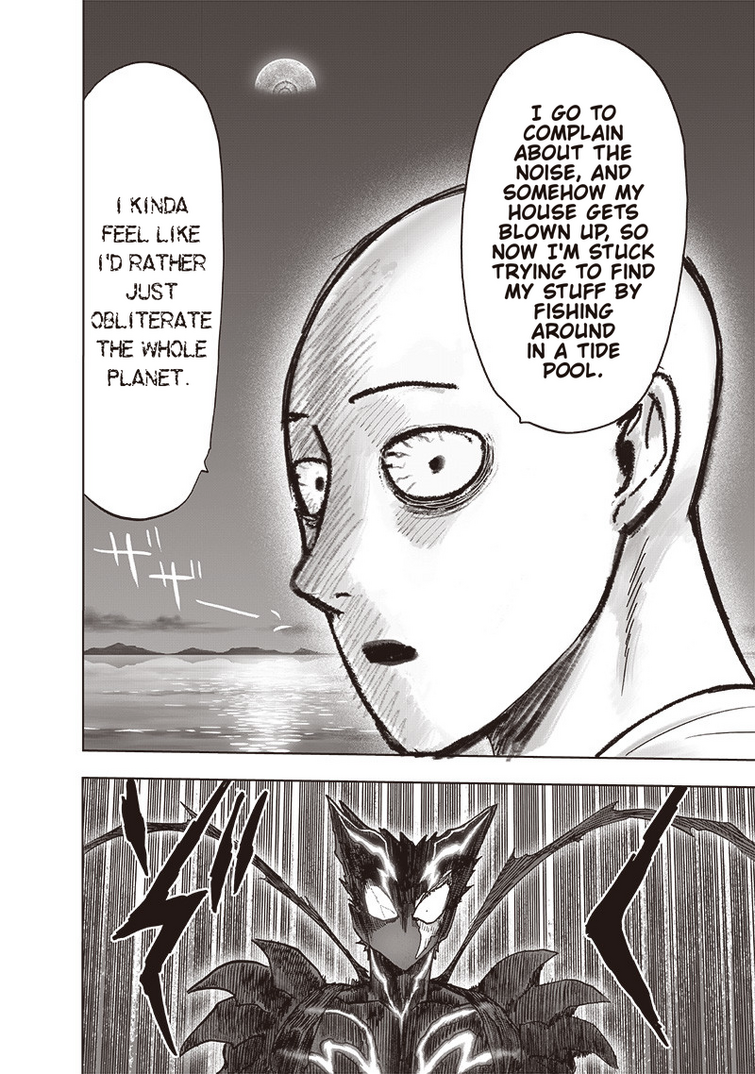 (edited by administrators)
Saitama
A reply to The Pink God
0

Ren to some spot in 9-C perhaps?

Kuro to a spot in 5-B perhaps?

@Oblivion Of The Endless As I'm not in my perfect state and some mods already disagree, the thread should be closed for some months until i recover myself and we re open it, or I just create another one with better explanations and scans

Rimuru doesnt need to transcend them to be 1-B/1-A, he can upscale just fine.

@My area She only can walk with the same speed as a human walks, but she cant run, and humans cannot walk 5 meters per second, thats a running speed, thats why Maple need to be downgraded, at least these first keys

@Ionliosite Why is it a Troll thread? Care to explain?

"There were eight media cards that formed the basis.These represented the eight great attributes of the power of spirits that made this world.Light and shadow, time, and earth, water, fire, wind, and sky.What Marsha had received, was seven of those eight.Time alone could not be used by people, and so I had excluded it.The light could purify, nurture and regenerate.The shadow could conceal, was psychological, and could destroy.The earth had the power to pull, break and condense.The water could solidify, stop and be released.The fire burned, accelerated and exploded.The wind was in waves, had an impact and vibrated.The sky was space, existence, and information."