All Fiction Battles Wiki
Register
Don't have an account?
Sign In
Advertisement
in: Characters, Male Characters, Antagonists,
and 13 more 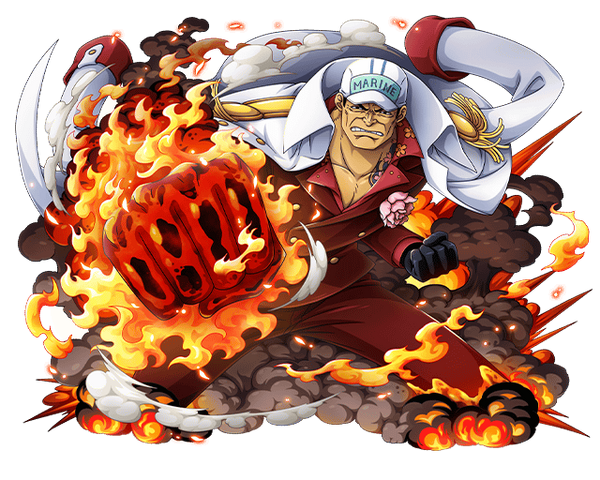 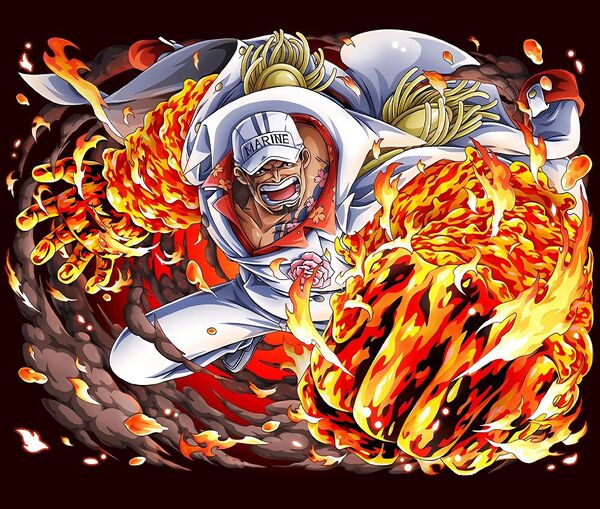 Sakazuki, formerly known by his admiral alias Akainu, is the current fleet admiral of the Marines, succeeding the previous fleet admiral, Sengoku. During the first half of the series, he was one of the three admirals, as the last one to debut.[8] Upon becoming his fleet admiral, one of Sakazuki's first decisions was to relocate Marine Headquarters into the New World in preparation for the New Pirate Age.

Stamina: Very high (Fought against Aokiji for 10 days straight. Capable of withstanding attacks from Whitebeard that left him wounded and could continue fighting against all of the Whitebeard Commanders while maintaining the upper-hand)

Intelligence: Above Average (Akainu is an extremely accomplished fighter considering he's been a Marine Admiral for 20 years, with abundant experience battling in the marines. A very skilled manipulator)

Weaknesses: Will become weakened if his body is completely submerged underwater.