All Fiction Battles Wiki
Register
Don't have an account?
Sign In
Advertisement
in: Characters, Anime Characters, Protagonists,
and 26 more 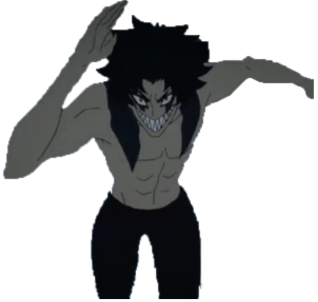 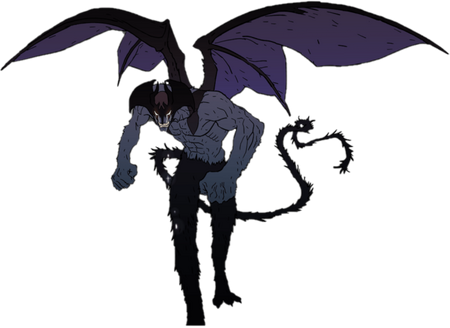 Akira Fudo is the main protagonist of the Devilman Crybaby. Originally a regular human, he gained the power of the demon Amon after being inducted into a Sabbath ritual organized by his best friend Ryo Asuka.

Powers and Abilities: Superhuman Physical Characteristics, Immortality (Types 1, 2, 3. Demons don't age, Akira was able to survive a hole in his stomach and he regenerated it), Regeneration (Low-Mid; he was able to regenerate the hole Sirene made in his torso and can regularly regenerate his limbs), Transformation (He can transform into a demon), Enhanced Senses (Demons have enhanced hearing, night vision and x-ray vision), Body Control (He can extend his limbs), Natural Weaponry (He can create claws), Flight (He can grow a pair of wings), Martial Arts (Type. 1, He is skilled enough to fight demon who've been alive for hundreds of years and live solely to fight and survive), Fusionism (He can fuse with other demons), Extrasensory Perception (Demons can sense living beings), Air Manipulation (He can create a blast with his voice that could repel attacks), Density Manipulation (Demons can change the weight and height of the people they possess), Heat Manipulation (He is able to increase is internal body heat so that he could boil another demon out of him), Fire Manipulation (He is able to make a fire blast that could disintegrate people), Rage Power, Resistance to Heat Manipulation and Fire Manipulation (He could withstand being inside a volcano erupting), Possession (He is already possessed by a demon), Willpower Manipulation (He had a strong enough will to fight off Amon from taking over body and the instincts of having the demon inside of him to devour), Mind Manipulation (He could keep Amon from taking over his mind)

Speed: Supersonic (Was faster than Miki) | At least Supersonic, likely higher (Should be faster than before) | Relativistic (He was able to dodge Satan’s attack that hit the moon)

Durability: Wall level (He should be stronger than those fodder demons) | Multi-City Block level in Partial Demon Form (He was able to stop Koda and should be comparable to Koda and Miki | Multi-Continent level (Was able to survive getting hit by Sirene who should be at this level in her fused state as she could take hits from him)

Stamina: High (He was capable of having multiple limbs cut off or destroyed in the final fight against Satan)