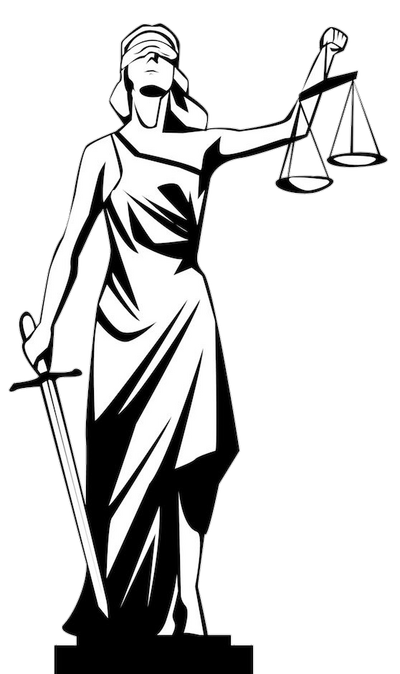 Originally being a concept from Dungeons and Dragons, Alignment is a categorization system that judges characters based on their ethics and morals, on two axes; an ethical component of law versus chaos, and a moral component of good versus evil. A character's general moral and personal attitudes are represented by its alignment: lawful good, neutral good, chaotic good, lawful neutral, neutral, chaotic neutral, lawful evil, neutral evil, or chaotic evil.

Each alignment represents a broad range of personality types or personal philosophies, so two characters of the same alignment can still be quite different from each other. In addition, few people are completely consistent.

Each alignment description below depicts a typical character of that alignment. Remember that individuals vary from this norm, and that a given character may act more or less in accord with his or her alignment from day to day.

A lawful good character acts as a good person is expected or required to act. They combine a commitment to oppose evil with the discipline to fight relentlessly. They tell the truth, keeps their word, helps those in need, and speaks out against injustice. A lawful good character hates to see the guilty go unpunished.

Characters of this alignment believe that an orderly, strong society with a well-organized government can work to make life better for the majority of the people. To ensure the quality of life, laws must be created and obeyed. When people respect the laws and try to help one another, society as a whole prospers. These characters strive for those things that will bring the greatest benefit to the most people and cause the least harm.

A neutral good character does the best that a good person can do. They are devoted to helping others.

Neutral Good characters take the middle route in good, complying with laws when it suits them and rebelling against they believe they are unjust. Even if they work with these systems, they do not feel beholden to them, and simply does the best they can do to help others and spread good as a good person. Law and chaos are just tools for good, and must exist in sync to bring this good, for a healthy balance between individual freedom and just laws.

A chaotic good character acts as their conscience directs them with little regard for what others expect of them. They make their own way, but they are kind and benevolent. They believe in goodness and right but have little use for laws and regulations. They hate it when people try to intimidate others and tell them what to do. They follow their own moral compass, which, although good, may not agree with that of society.

For a Chaotic Good character, their top priority may be the pursuit of freedom itself, or the pursuit of goodness. A character who prioritizes freedom simply does good because it suits them and because it is right, and may go against the law in pursuit of their own interests. Characters who prioritize goodness may act in lawful systems even as they resent them, going against them when freedom is on the line. Others still see good and freedom as inseparable, and will reject the law in its entirety.

A lawful neutral character acts as law, tradition, or a personal code directs them. Order and organization are paramount to them. They may believe in personal order and live by a code or standard, or they may believe in order for all and favor a strong, organized government.

Those of this alignment view regulation as all-important, taking a middle ground betwixt evil and good. Their morals may be purely personal, or they may support and act in favor of the government and its laws, without particular concern for whether or not they are right or wrong. Despite this, they are honest, loyal, and responsible. Whereas Lawful Good characters may go against the law in the name of good, Lawful Neutral characters do not, as any concept of good does not come into their decision making. They may act in unquestioning obedience to authority, or rigidly follow their own system of morals. Others still may act as the arbiters of these laws themselves.

The True Neutral character does not concern themselves with good or evil or laws and freedom, lacking morals that drive them to do good while not having the interest in going out of their way to indulge their desires, either. They simply live their lives and do what they please, and while they will often rally against evil, it is simply because evil will harm them, not because they feel compelled to do good. If anything drives them, it is their personal connections and relationships.

True neutral characters are concerned with their own well-being and that of the group or organization which aids them. They may behave in a good manner to those that they consider friends and allies, but will only act maliciously against those who have tried to injure them in some way. For the rest, they do not care. They do not wish ill on those they do not know, but they also do not care when they hear of evil befalling them.

A chaotic neutral character follows their whims. They are individualists first and last. They value their own liberty but are often uninterested in supporting the freedom of others. They reject tradition and authority of all kinds, simply because they can, but they do not usually act to topple lawful systems, either. They avoid authority, resents restrictions, and challenges traditions. A chaotic neutral character does not intentionally disrupt organizations as part of a campaign of anarchy. To do so, they would have to be motivated either by good (and a desire to liberate others) or evil (and a desire to make those different from himself suffer). A chaotic neutral character may be unpredictable, but their behavior is not totally random. He is not as likely to jump off a bridge as to cross it.

A lawful evil character methodically takes what they want within the limits of their code of conduct without regard for whom it hurts. They care about tradition, loyalty, and order but not about freedom, dignity, or life. They play by the rules but without mercy or compassion. Many Lawful Evil characters are honorable enough to be more anti-villains than straight villains.

While many Lawful Evil characters have no real attachment to the law and only manipulate the system as a mean to their selfish and/or malicious ends, others uphold the law as an ideal, believing that order is what is important; over goodness, over compassion, over freedom, over life. This type of Lawful Evil character is often convinced they are righteous and their tyranny justified.

Some lawful evil people and creatures commit themselves to evil with a zeal like that of a crusader committed to good. Beyond being willing to hurt others for their own ends, they take pleasure in spreading evil as an end unto itself. They may also see doing evil as part of a duty to an evil deity or master.

Some lawful evil villains have particular taboos, such as not killing in cold blood (but having underlings do it) or not letting children come to harm (if it can be helped).

A neutral evil character does whatever they can get away with. They are out for themselves, pure and simple. They shed no tears for those they kills, whether for profit, sport, or convenience. They have no love of order and holds no illusion that following laws, traditions, or codes would make them any better or more noble. On the other hand, they don't have the restless nature or love of conflict that a chaotic evil character has.

Neutral Evil characters are often amoral and not actively malicious, only as a means to an end; however, there exists those who are actively and gleefully evil, who happily choose wrong over right and bring only misery to others, with just as little regard for Chaos as Law. Others still are driven by the cause of evil itself and seek to spread evil for this reason.

A chaotic evil character does whatever their greed, hatred, and lust for destruction drive them to do. They are hot-tempered, vicious, arbitrarily violent, and unpredictable. If they are simply out for whatever they can get, they are ruthless and brutal. If they are committed to the spread of evil and chaos, they are even worse. Thankfully, their plans are haphazard, and any groups they join or forms are poorly organized. Typically, chaotic evil people can be made to work together only by force, and their leader lasts only as long as he can thwart attempts to topple or assassinate them.

A Chaotic Evil character may be a hedonist with unpredictable, purely malicious desires, or devoted to some all-consuming idea of evil itself, or simply unhinged and destructive. They value their freedom over anything else, and will often react violently to anything that infringes on it, but their freedom is used only to harm.