All Fiction Battles Wiki
Register
Don't have an account?
Sign In
Advertisement
in: Verse-specific Powers and Abilities, RWBY 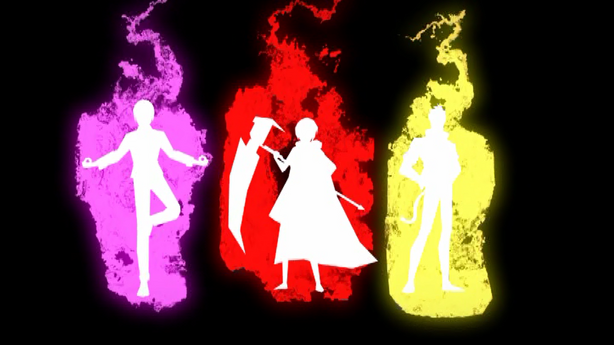 Aura is the manifestation of one's soul and is stated to be energy of living souls in RWBY and can be used for a wide range of abilities. The specific abilities and their strengths differ from individual to individual and are dependent on a number of factors, such as experience, training and innate skill. It is predominantly used for passive protection from harm. Some people develop an active power called a Semblance. It can also be used to manipulation Dust.

Aura is an ability that all those with a soul can use, at least with enough practice. Because Aura is the manifestation of the soul, it can appear very differently depending on who is using it. For example, the color of Aura differs from person to person: Ruby Rose's is red, Jaune Arc's is white and Yang Xiao Long's is yellow, among many others.

It is mentioned that anything with a soul has an Aura, including Humans, Faunus, and animals like Zwei; even synthetic people with souls, such as Penny Polendina, can generate an Aura. The Creatures of Grimm, being soulless, are the only known form of life that does not have Aura.

Skilled users of Aura can create their own barriers or even increase their own abilities in some way. Weapons and armor can also act as a conduit for Aura, allowing for an even wider range of offensive and defensive capabilities. This even applies to nontraditional "weapons", such as a loaf of bread or a leek, as seen during the food fight in "Best Day Ever".

It has been shown that the strength of an Aura degrades with continual use. This limits the applications of Aura in combat as, with time or heavy use, a person's Aura will decay to the point where they are left weakened or even incapacitated. Aura being completely depleted is visually represented as a colored sheen glowing along the length of a person's body or with colored particles flying off the body, indicating that they can now be physically injured. Aura flickering means it is close to being depleted.

Similarly, one's Aura regeneration rate is dependent on the individual, varying per person.

The powers of a Maiden are said to be tied to Aura, until the death of the individual, which causes the power to separate from their Aura.

While those using robotic prostheses such as Yang Xiao Long and James Ironwood are apparently able to shield their artificial anatomy with Aura, those who use Grimm transplants are not such as Cinder Fall, due to their aforementioned soulless nature.

It is stated to be directly linked to the users soul.

So it is implied that it uses limited Soul Manipulation to manifest the aura into life energy.

Semblance is a power exhibited by certain characters in RWBY. It is developed from a person's Aura.

According to "Aura", the fourth installment of RWBY: World of Remnant, a Semblance is a more tangible projection of one's Aura. Pyrrha Nikos implied this connection when she told Jaune Arc that the use of Aura can help him to discover his Semblance. Miles Luna refers to Semblance being "fueled" by Aura. A user should be unable to use their Semblance once their Aura has been depleted.

Those that use Semblance are able to manipulate certain physical phenomena according to the nature of their power. Some individuals, such as Weiss Schnee, are able to use their Semblance to create "glyphs" that generate some desired effect - the most prominent being sudden disruptions in movement and bursts of momentum. Ruby Rose is able to move at incredible speeds, while Pyrrha Nikos was able to manipulate magnetic forces. Some have Semblances that depend on external factors, such as Nora Valkyrie's ability to convert electricity in the environment into physical strength.

Using Dust, certain individuals can modify their Semblances with elements, such as Weiss using Myrtenaster to change her glyphs and Blake inserting Dust vials into Gambol Shroud to give Shadow clones elemental properties.

According to Winter Schnee, Semblances are like muscles and are able to grow and evolve. A clear example is her younger sister's eventual mastery of summoning.

Some semblances can go even deeper connection to Aura such as Yang Xiao Long whos very depend on her Aura as it taking damage powers her semblance which in turn will put her into a Burn state that increase all of her physical attributes.

Dust is a source of energy in Remnant. The physical properties of Dust make it incredibly useful for a variety of purposes, particularly in the weapons of many characters in the series. It is known to make a distinctive "shimmering" sound passively and when in use. The name "Dust" is implied to be a reference to the primordial state which mankind was born from. As a natural resource, it is sometimes poetically referred to as "Nature's Wrath", or more prosaically as an energy propellant. For more information the "Dust" the first installment of RWBY: World of Remnant.

As an energy source, Dust can be triggered by the Aura of Humans and Faunus, as well as combined with their semblances to give them new properties. Dust can be found in two distinct states, crystalline and powdered. Dust, whether crystalline or powdered, is highly explosive. For example, during the Dust store robbery, Roman Torchwick threw a crystal at Ruby Rose's feet and fired at it, causing a sizable explosion. The powdered form appears more volatile since something as innocuous as a sneeze is enough to detonate a cloud of Dust.