All Fiction Battles Wiki
Register
Don't have an account?
Sign In
Advertisement
in: Characters, 07th Expansion, Umineko no Naku Koro ni,
and 60 more

Bernkastel (ベルンカステル Berunkasuteru??) is an extremely powerful witch that has lived a thousand years. It is said that she lives in a world where concepts like fate and possibility can be visualized. She can give birth to all kinds of miracles with her immense power but, in compensation for that, her heart ends up breaking a bit each time she uses them. In the first four arcs she serves as a lesser antagonist but later on during the core arcs she becomes the main antagonist of the series.

All previous, Law Manipulation (Permission to attack the Game Master is needed for it to even happen), BFR (Can take pieces in and out of the chess board at will), Information Manipulation, Life Manipulation (Battler rebirthed Beatrice into a new body after her death, though he was unable to recover her previous memories and experiences. Other Game Masters should be capable of the same), Reality Warping, Soul Manipulation (Pieces brought to the Meta-World are inanimate wax dolls unless the Game Master chooses to give them souls and allow them to speak), Power Bestowal (Can allow opponents to use Truths, as well as remove their access to them), Power Nullification, Cloth Manipulation, Subjective Reality (Could have rewritten the tale of the Rokkenjima Serial Murders so that it was all just a dream)

All previous, Acausality (Type 5), Beyond-Dimensional Existence (Type 2), Large Size‏‎ (Type 11 - As part of a cat box larger than Beato's Territory, it contains Beato's Cat Box as well, since Beato's Territory is in fact contained within endless larger cat boxes. Bernkastel had to create a massive structure as she needed to modify it Beyond Beato's Cat Box and Territory, there are endless larger cat boxes, each infinitely vaster than Beato's.), Omnipresence (As a voyager witch, she is the embodiment of a concept, and exists across countless worlds in the sea of fragments and can appear on several gameboards simultaneously. Voyagers do not have a form, nor a starting meaning. They are abstract concepts, rules related to the Creator, it is said that at the end of their journey of a "Voyager", the latter / or is destined to become a Creator, and overcome the limits of meaning, death, life and all the concepts in general. But Voyagers are unique creatures that do not have their own territories. This is the reason why their law work everywhere. And because of that, they are free in their journey: not just traveling between different Kakeras, but they can decide if continuing seeking the path to the Creator or limit themselves. However, their unconscious nature already covers the entire Domain of Witches, no matter how high they raise the unstable values of their own individualities. There is no one who has a greater level of understanding of the world except Creator Witches. They are the only beings who can understand something about becoming a Creator and they are afraid of it. They can see the evolutionary potential of other beings, even if these creatures do not know it or if they already advanced on the stairs even further than the Voyagers), Non-Corporeal (Exists as the embodiment of her own universe, a concept)

Attack Potency: Ascendent level (Transcends the human realm by an immeasurable amount as well as all the concepts of possibilities and impossibilities, as well as incomprehensible concepts and concepts of absolute inscrutability. Equal to Lambdadelta, can manifest within the highest level of the Witch's theatre. Her battle with Lambdadelta in the manga destroyed several books that contained Universes comparable to Aurora's study in size which dwarf the entirety of Beatrice's territory and even fragments as they were noted to contain works the size of the entire journey of the Umineko Franchise sans the city itself, and large portions of the shelves that supported and dwarfed these Universes within the City of Books. Due to her fundamental nature as a voyager witch Bernkastel is a universe that can adapt to higher layers in the sea of fragments which was an infinite void beyond the human domain where immeasurable layers exist until she becomes one with The Creator. She created and manifested on the highest level of her own game board that's much larger than Beatrice's own. She can also manipulate structures consisting of the same nothingness she consists of transcending infinite layers, her only limits being that of what she decides herself, if any at all.) | Ascendent level+ (The Voyagers are identified with the entire world of 07th expansion. At the same time, the world is their play stage for boredom.Their true conceptual existences being unconscious voids beyond perspective because points of view are only illusions and in the world there is only one absolute truth. The entire hierarchy, no matter what domain is only a small part of the Voyagers' true form which they encompass, even the creators region is still just a part of the cosmology. All existence was developed by the Voyagers. Without such a miracle, "life" cannot be explained. Furthermore the voyagers are not limited by a territory, which represents a beings conceptual power and limitation of where they can ascend to depending on their understanding of the world, the territory is directly linked with a being and forms itself on the highest layer it can expand upon. since their conceptual forms have no limitation of where they can go because they transcend territories and the entire world, as well as their understanding of the truth about the end of their journey, they encompass the world and play with it. But most importantly, the only thing that surpasses a Voyagers' existence is a Creator's existence, a being who has lost all restrictions)

Speed: Irrelevant (One of the fastest characters. Even whilst manifesting on the plane of the City of Books in which even normal speed there is irrelevant, her movements were referred to as instant whilst simultaneously being likened to teleportation. It was stated that her speed was transcendent even in relation to the current plane she resides. The Witch of Miracles is one of the few characters capable of navigating the void on the other end of the infinitely layered hierarchy. She is also superior to her cats) | Irrelevant (As a voyager, she's a conceptual entity who exists across the entire Witch's Domain as "you and your only friend")

Lifting Strength: Irrelevant (Bernkastel rested Beatrice's modified Game Board that is, the entire world in episode 7 within her right hand, she can hold fragments in the palm of her hands which easily encompass Beatrice's entire massive territory that dwarfs realms above dimensions, she scooped up Battler in his nothingness state, from her perspective, the main setting of Umineko is just a story) | Irrelevant

Durability: Ascendent level (Tanked many attacks from Lambdadelta without taking a scratch and Battler, only losing after taking Ange's ultimate attack, which caused an earthquake across and a crack on the ceiling of the Universe, the City of Books. A shadow of herself was completely unaffected by Willard's strike where her durability was likened to that of trying to destroy the moon via disrupting the reflection of water. That is, her abstract, conceptual and incorporeal nature as well as Acausality, regeneration, and resurrection make her almost impossible to kill. She embodies her Game Board. She is able to restore her body if she remembers its shape, even if her body and incorporeal soul are erased to the nothingness that is beyond conventional existence and non-existence of duality) | Ascendent level+

Stamina: Inexhaustible. Depends on the will and determination of her types of thoughts. Fought with Lambdadelta, Battler and Ange one after another and showed no signs of tiredness.

Range: Ascendental to Meta-Ascendental level (She destroyed sizeable portions of the shelves within the City of Books that dwarf her and Universes of this size. In fact, she also dwarfs Universes of this size, as to her perspective, these worlds are no more than books no larger or complex than those residing in the human world. She was planning to send Erika into the deepest parts of the Sea of Oblivion which is beyond all layers, stories and dimensions, which she eventually did) | Ascendental to Meta-Ascendental level

Intelligence: Genius. Insightful, clever and cunning, a good psychologist and actor, has a great experience, could be an excellent detective or criminal. Is an avid reader of the mystery genre to the point where she's knowledgeable of countless tricks and riddles even Battler hasn't heard. Could debate against Lambdadelta

Weaknesses: Her magic depends on her faith in it; Boredom and the possibility of losing her will; Alcoholism. She has Immeasurable pride and is truly traumatized (hates to think of her human past), as well as being unbalanced and imperfectly in control of her emotions. She may be shocked if someone hurts her (the concept of which she has long forgotten). She cannot read probabilities before the result.

Feats: Bernkastel's magic. Basically, she can locate any world and achieve any end she wishes as long as it is not completely impossible. In theory, she is the witch with the strongest power, but that is actually not realistic, like folding a piece of paper a hundred times so that it'll reach the moon. And she folded it a hundred times.

- Magic of Miracles: Bernkastel's magic. Basically, she can locate any world and achieve any end she wishes as long as it is not completely impossible. In theory, she is the witch with the strongest power, but that is actually not realistic, like folding a piece of paper a hundred times so that it'll reach the moon. And she folded it a hundred times.

Truths: Special moves utilized in debates between Witches and Humans taking place in the Meta-World, being statements denoted by specific colors which often manifest as conceptual weapons that directly target the enemy's very existence in an attempt to deny it, and are thus impossible to physically avoid, forcing opponents to counter the attacker's arguments with another truth. As the damage dealt by the Truths is conceptual, rather than strictly physical, they completely bypass conventional durability and allow Bernkastel to skewer and even kill opponents much more powerful than herself. 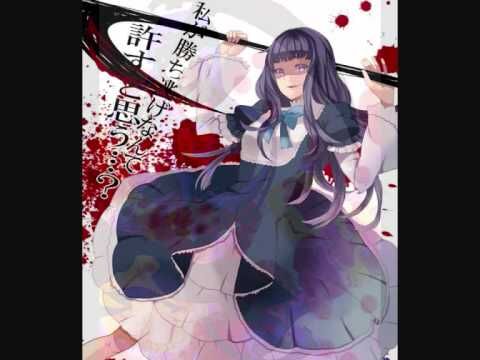