All Fiction Battles Wiki
Register
Don't have an account?
Sign In
Advertisement
in: Verse-specific Powers and Abilities, Rakudai Kishi no Cavalry 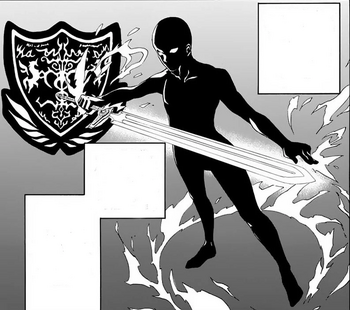 Blazers are unique beings capable of wielding magic and turning the source of said magic, their soul, into a weapon. Due to their immense capabilities and natural traits not only are they almost impossible to be defeated by a normal human, but also consider things that are not magical training, such as sword or physical training, as mundane and useless.

In order to both evaluate and manage Blazer, their traits are determined and placed among the most appropriate spots among their hierarchical system to maintain balance. As such, things such as their ranks and attributes are fixed and rarely changes unless the situation called for it. The ranks are determined from six attributes:

Each of the Blazers' attributes is rated from A to F with A as the highest and F as the lowest with Amane Shinomiya who has an S rating in Luck being the exception. These ratings are used to determine whether or not a Blazer will be ranked as either A to F Rank.

C-Rank Blazers and above are considered to be Rare especially an A-Rank. It has been mentioned that there are at least five C-Rank students present among the 250 students and for an entire Mage-Knight School in Japan to have even one B-Rank student is considered lucky, with A-Rank Blazers being once-in-a-decade prodigies and all of them leaving their mark on history as great heroes. Along with possessing greater magical potential, they are also faster learners.

Some uses of magic and some bonuses from being a Blazer are universal to all Blazers, as such no matter what system they work in, they will be capable of performing the following:

Noble Arts are a Blazer's trump card. They are a specialized use of magic that is limited to the system of magic the Blazer controls. A Blazer's abilities always fall in only 1 of the following 4 systems:

It should be noted that exceptions such as Fu Xiaoli do exist. Her ability is "Copy", which falls under the Conceptual Manipulation, but it allows her to copy any other ability regardless of the system. 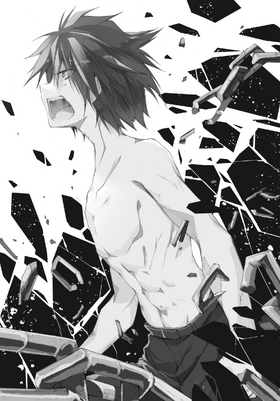 Desperado is a name given to unique Blazers who have broken the chains of fate and transcended causality. A group of individuals who have "ignored the warning of the gods" and stepped into the realm of demons. There are currently 2 levels of awakening to Desperado:

When Blazers are born they are assigned a certain rank for their magic capacity that cannot change throughout their life due to it being decided at birth by fate, in other words, how much they can accomplish in this world, the size of their fate is already decided the moment they are born. Blazers who have achieved Desperado Awakening, however, are unbound by this rule, they can increase the size of their magic because fate doesn't bound them anymore. This is the first level of Desperado Existence. A state transcending the causality and fate of the world, a form of Type 5 Acausality that makes them immune to Blazer abilities based on the causality system, a system which includes fate, probability and even time. Due to existing beyond causality and fate they become capable of controlling it. Desperados can show their control over fate and causality in 2 ways: by showing bloodlust or by actively interfering with them.