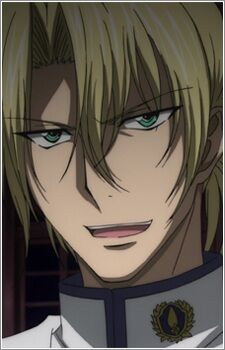 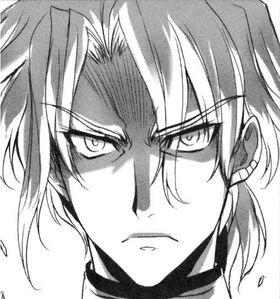 Bouichirou Yamato is an antagonist turned supporting character of Ichiban Ushiro no Daimaou. A time traveler that came from hundreds of years into the future, he learned the nature of The Law of Identity from his guidance teacher, who also taught him about the God of the Old Planet's wish to destroy mankind, which led him to create the technology to break through the barrier of time. Due to his relationship with Rimu, he has been waiting for Keena Soga since she was born, and he was the one who gave her hair decoration.

He became Director of Cabinet Intelligence and Magic Office and a member of the Imperial Public Safety Committee, trying to change the relationship between the gods and man so neither would have to rely on the other, freeing the gods from the system imposed onto them by the High Priests. Over 100 years ago, he sealed Peterhausen and gave Hiroshi Miwa's grandfather the Brave suit.

Powers and Abilities: Superhuman Physical Characteristics, Longevity (Stated to have looked exactly the same for over 100 years), Sword Mastery, Spatial Manipulation (The Hogson-style perfect slash can ignore distance and cut with a precision higher than a monomolecular cutter, which cut at a molecular level, and bypass all kinds of barriers by cutting the dimension itself), Time Manipulation (Can control time and space), Teleportation, Dimensional Storage, Time Travel (Can travel to any point in time, including the end of mankind, unless he already existed at that time), BFR (Can send things to other dimensions), Flight, Sealing (Sealed Peterhausen), Acausality (Type 1; His soul continued to exist even after Akuto's actions changed history and erased his future) | All previous abilities, Subjective Reality (Can project his desires into the reality of the Afterlife), Fusionism (Fused with Hiroshi)

Attack Potency: At least Building level (Easily overpowered and almost killed Act 4 Akuto Sai, and then one-shot him while he was turning into the Demon King. Fought evenly against Act 5 Akuto) | At least Building level (Doesn't appear physically stronger than before), Ascendant level with Subjective Reality (Can project his desires into the the Afterlife, altering its very structure)

Speed: Supersonic (His sword moves faster than the speed of sound, creating sonic booms when not cutting space itself) | Supersonic

Intelligence: Extraordinary Genius. He invented a machine that can control space-time, one that can travel to any point in time, and Hiroshi's Brave suit.