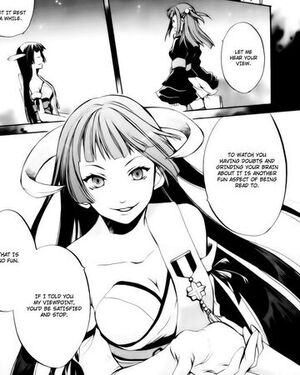 Causality Manipulation is the power to bend traditional cause and effect to their will for a myriad of purposes. One is to ensure a character is never born, undo everything that character can do, make a certain event impossible entirely, cause a finger snap to create massive supernovas or even erasing an opponent from existence entirely.

This allows the user to achieve virtually anything they will by causing the desired effect to occur by them rewriting and manipulating causality to give them a tactical advantage over their opponent. At a particular level of mastery a character can command the cause and effect of the entire universe and essentially become a godlike figure.