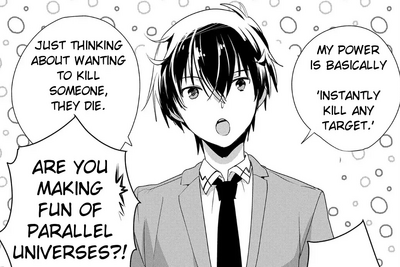 The power to cause death, either instantly or after certain time. The user can kill anyone and possibly even anything using varying means, either instantly, slowly over time, after certain conditions are met, or after a certain period of time has gone. May be used by touch, at a distance, simply willing it to happen, performing certain ritual, etc.

Type 1: Physical: The user kills their opponent by disrupting their vital system, usually killing organs such as the brain and disrupting the body's vital and biological functions.

Type 2: Spiritual: The user kills their opponent by not only affecting their body, but also a metaphysical aspect of them, such as their soul, mind or something else.

Type 3: Conceptual: The user kills their targets on a conceptual level, inducing the very concept of death on them. Users who can affect and "kill" concepts in general also qualifies for this category.