All Fiction Battles Wiki
Register
Don't have an account?
Sign In
Advertisement
in: Vivziepopverse, Verse-specific Powers and Abilities 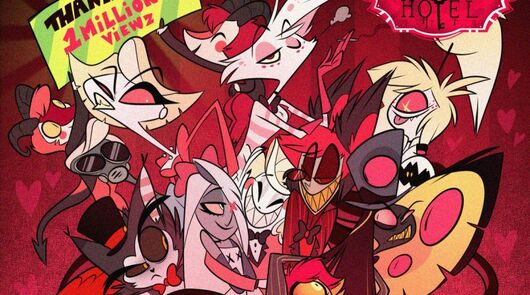 Demons are either Hellborns or Sinners which have some similar abilities but don't share all and they can come in many different shapes and sizes. Hellborn are demons that were born in Hell, they haven't actually died and gone to Hell like the Sinners. Hellborn can be different species and the current known ones are Imps, Hellhounds and Succubi. Sinners are beings that have died and gone to Hell which they can take the form of animals, inanimate objects such as a TV and tend to share some properties of the given form such as a snake with venom.

The hierarchy of Hell is separated into "classes" and their level of power follows this hierarchy:

Succubi and other Demons: Verosika Mayday

Immortality: Type 2 (Demons are stated to be extremely resilient being able to survive excessive damage to their bodies), Type 3 (Demons are able to regenerate their limbs and have their whole bodies crushed), Type 5 (Demons will leave a dark energy behind after they've been killed which will possess any inanimate objects in its surroundings and only an angel's weapons being capable of truly killing them, resulting in their souls ceasing to exist).

Shapeshifting: Demons can transform into more demonic version of themselves which has been displayed by Alastor, Stolas[1] and Verosika Mayday[2].

Natural Weaponry: Demons have claws and fangs which are shown to rip apart their victims.

Regeneration: Mid (Demons are stated to be able to regenerate their limbs, a demon can have its whole body crushed and be fine).

Longevity: Hellborn are stated to not be immortal and will age but at a very slow rate.

Empathic Manipulation: Succubi and Incubi have the ability to enhance sexual desires in humans by exuding a supernatural allure, allowing them to seduce their targets and Verosika can trigger sexual hormones in people when she's singing[2].

Enhanced Senses: Hellhounds have a enhanced sense of smell such as Loona being able to track Blitzo via his scent[1] or finding a traget in a large group via their scent[2].

Immortality: Type 1 Sinners no longer age from the day they died.

Body Control: Many Sinners have been shown to grow extra limbs and eyes such as Angel Dust and Katie Killjoy[3].

Poison Manipulation: Many Sinners have been stated to have venom and poison such as Angel Dust and Sir Pentious.