All Fiction Battles Wiki
Register
Don't have an account?
Sign In
Advertisement
in: Characters, Villains, Main Antagonists,
and 29 more 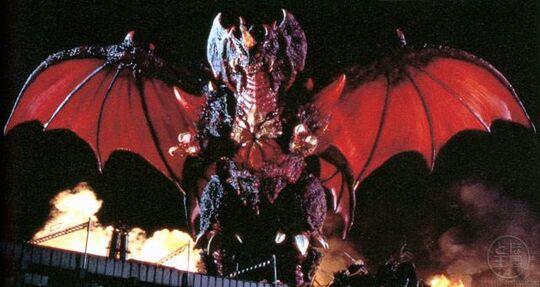 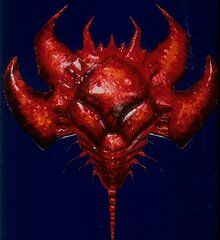 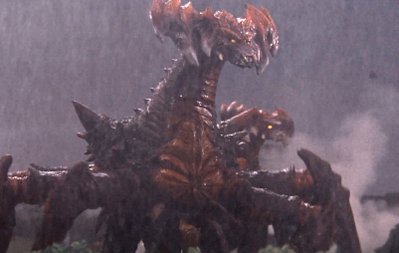 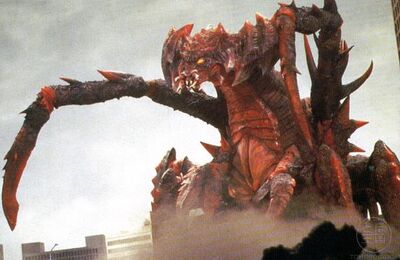 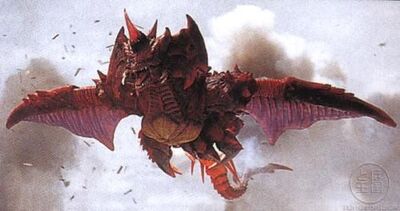 Destoroyah (デストロイア Desutoroia) is a Kaiju who first appeared as the main titular villain in Godzilla vs Destoroyah being Godzilla's most powerful and final foe in the Heisei Era and killing his Adopted son with ease.

Destoroyah is the result of the mutation of Precambriam microscopic life forms by the Oxygen Destroyer in 1954 in the killing of the Original Godzilla who had severly destroying Tokyo at the time. they then got stuck in the ground for decades until they were finally unleashed in 1996 and killing various people in the process, evolving into their Aggregate form and easily overpowering Godzilla Jr. until the latter struck them down in a building, which later he got himself up, revealing it's true and ultimate form and effortlesly stomped him and then fought against Burning Godzilla in it's meltdown stage.

Attack Potency: Below Average Human level (Is a Microscopic being) | Wall level (Was able to kill many soldiers and inhabitants during their first rampage) | Island level+ (Borderline stomped Godzilla Jr. without much effort before the former used a powerful Atomic Breath) | Planet level, Likely Planet level+ (The strongest enemy Godzilla has ever faced in the Heisei Era, immensly above the likes of Super Mechagodzilla II, Battra and SpaceGodzilla. fought on par and traded extremely powerful attacks against a bloodlusted Burning Godzilla)

Lifting Strength: Class M (Comparable to Godzilla. Was able to ragdoll Godzilla around with his tail alone)

Weaknesses: Destoroyah can be easily harmed by freezing, like absolute zero temperatures and extremely hot temperatures. Being a colony of micro-organisms, Destoroyah's regeneration slows down considerably the more his body is damaged.