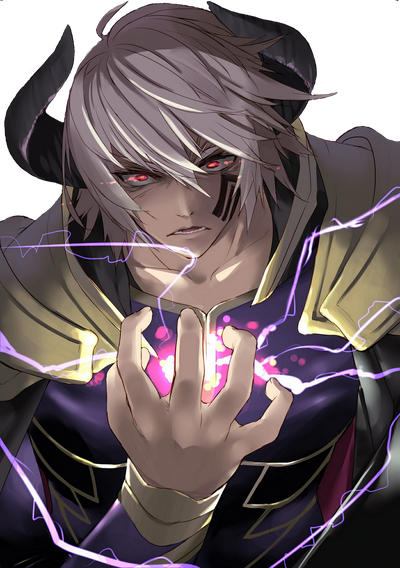 Diablo is the main protagonist of Isekai Maou to Shoukan Shoujo no Dorei Majutsu. He is the true Demon Lord, he has always defeated players with better equipment and overwhelming skills, and has always held back for being too strong. But one day he was summoned in another world, reincarnated in the body of his character, Diablo, finding two girls, a panther and an elf, who claimed to have summoned him and that he should be a slave of one of them but because of his ring the magic turned against them becoming slaves. His true personality is that of an introvert who has trouble talking to women named Takuma Sakamoto. As Diablo, he projects a haughty persona although his true personality sometimes slips.

Age: Unknown as Diablo, likely around 20-30 as Sakamoto Takuma

All previous abilities except Resistance to Status Effect Inducement (Burn, Blind, Freeze, Petrification, Paralysis and Instant Death) and Immortality (Type 2), plus Martial Arts, Fear Manipulation, Damage Reduction (Can reduced all physical damage done in an area by 90% with Customize Bomb), Power Nullification (With Asterisk Dispel Wand. He can dispel barriers that invalidate any and all attacks such as physical attacks, magic attacks, attribute attacks, and penetrating attacks), Probability Manipulation (With Phantom Secret Stone, he can absolutely evade the target’s attack)

Stamina: Average (He has a lot of MP's, although sometimes excessive mana consumption can leave him almost instantly exhausted)

All previous except The Curtain of Dark Clouds (He burns it in Volume 5 to start a fire to save Horn from hypothermia), The Staff of Tenma (He loses it in Volume 5 in his dungeon when he saved Horn from the river), Plus

Intelligence: Gifted (Diablo is quite good intelligence and skilled, being able to predict opponents' movements and thanks to this he is able to make the best possible decision depending on the situation. He is also a skilled martial artist and magician)

Weaknesses: Some attacks like Dragon's Breath's attacks are purely elemental, they are not treated as physical or magical attacks, so Diablo's magic reflection and damage reduction abilities do not activate against them. His high-level magics, such as White Nova and others consume a lot of mana, although it's not a big problem because he has a lot of mp recovery potions. Although sometimes excessive mana consumption can leave him almost instantly exhausted. 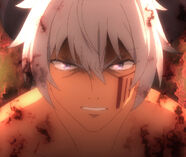