All Fiction Battles Wiki
Register
Don't have an account?
Sign In
Advertisement
in: Characters, Video-Game Characters, Game Bosses,
and 86 more 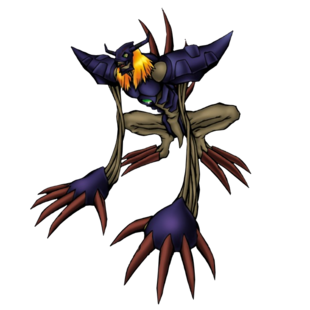 Diablomon is a Mega Level Digimon with a appearence similar to the Devil and demons who absorbs data in the Digital World's Network to ultimately evolve further and become stronger, it's hacking is extremely dangerous as well being as much capable of causing entire nuclear devastation on the Human World, this is truly a terrifying Digimon to encounter. 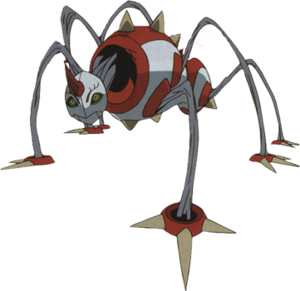 a Spider-Like ultimate level Digimon, it has the capability of a cocoon form which highly increases it's defensive strength to the point of even reflecting attacks, however it can only go in a straight line and that it cannot modify it's own trajectory. 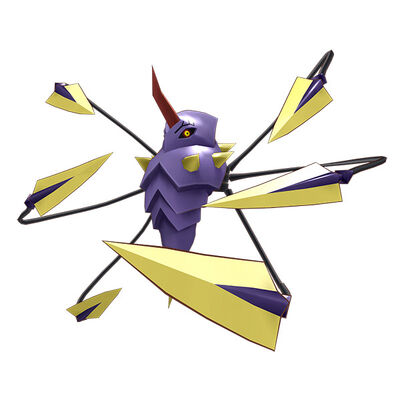 a champion type Digimon with the appearence and namesake of a chrysalis, it's evolved from a Keramon which transformed into a chyrsalis-like state and then transforming into the powerful new form. 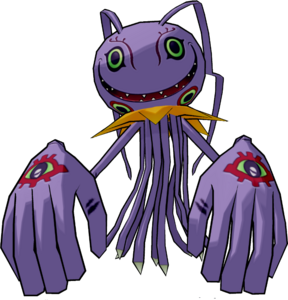 a Rookie Level Digimon digivolved from Tsunemon, with the data eating ability being infinitely superior to it's previous form. 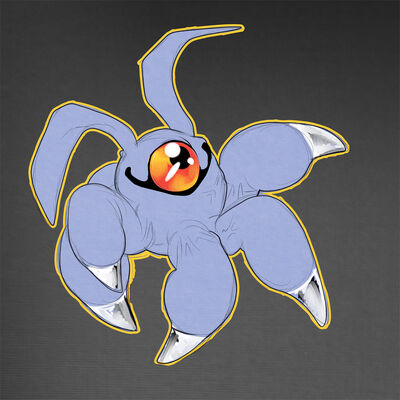 a Baby Digimon digivolved from Kuramon. it has now very small tentacles that have small claws on them. 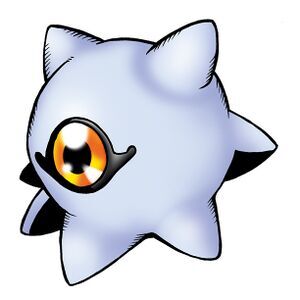 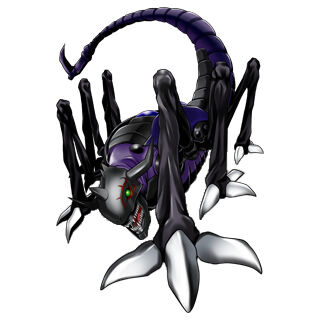 A Super-Ultimate Digimon that was born when Diablomon's Babies fused in large quantities, causing a mutation. Diablomon had the ability to make many copies of itself, but they were characterized by having lesser abilities than the original possessed. However, by producing Babies in large quantities and then fusing them, it did not disperse its abilities, but instead was able to attain power greater than Diablomon by condensing them into one being

All previous abilities plus Hellfire Manipulation and Conceptual Erasure

All previous abilities plus Higher-Dimensional Existence (All Digimons are primordial souls that exist on a higher dimension transcending reality on various levels of space-time), Non-Corporeal (the composition of a digimon is a metaphysical substance and it's existence is equivalent to primordial souls being untouchable to those who live in a lower scale world), Non-Physical Interaction, Hacking (Digimons in fact are considered the best hacking tools in the world), Law Manipulation, Reality Warping, Pocket Reality Manipulation (Reality is viewed, by Digimon, as a normal computer program. and thus, they are able to warp the structure of the very reality by changing the laws in whatever form they want to be), Mind Manipulation and Soul Manipulation (All Digimons are able to interact with each other's Minds and Souls and even rewrite their structure), Regeneration (the wireframe of a digimon is covered with a texture that is the first form of defense and Digimons are capable of regenerate them after they are damaged [this is non combat applicable]), Immortality (Types 1, 3 and 4 [the last one is non combat applicable]), Absorption (Digimons are capable of absorbing data of the envinroment around as well as other beings), Power Mimicry (After absorbing Data, Digimons can assimilate the powers for themselves. they are even capable of learning the opponent's abilities by observing them, depeding on the digimon's intelligence), Reactive Evolution, Existence Erasure (Digimons have the power of "delete", which erases the being and sends their data to the Dark Area), Inorganic Physiology (Type 1; Digimon are data beings and are not organic), Self-Sustenance (Type 1; Digimon do not need to breath to live), the Ability to affect Nonexistent beings (Holy Power users Digimons are able to interact with Darkness which is non-existent in-verse), Purification and Empathic Manipulation (Holy Power is capable of purifying the darkness inside the Earth and bring positive feelings), Healing, Resurrection, Light and Holy Manipulation, Empowerment, Reactive Evolution, Existence Erasure and Death Manipulation (Dark Power have the ability to both kill and erase any target it touches), Absorption, Corruption (Type 2; if touched, the Darkness will corrupt any existence into a new dark existence)

Mind and Soul Manipulation (Digimon's mind and souls are protected by a Wireframe which in turns protect their Digicores), Power Nullification, Absorption and Hacking (Digimon are unnafected by the hacking of the Eaters which absorbs their data and power and leaves them pretty much useless), Biological Manipulation, Existence Erasure (Digimon containing the X-Antibody are able to resist Yggdrasil's erasure technique), Time Manipulation, Death Manipulation, Darkness Manipulation, Sleep Manipulation, Paralysis Inducement

Attack Potency: Wall level (Should be comparable to other Baby Digimon) | Large Building level+ (At least comparable to other Rookie Level Digimon such as Guilmon), City Block level with Crazy Giggle (3x stronger than before) | Mountain level+ (Should be equal, if not superior, to Meramon) | Multi-Solar System level (Infinitely above Chrysalimon. easily defeated most of the DigiDestined's Digimon until Greymon and Garurumon warp digivolved into WarGreymon and MetalGarurumon. should be far above Vadermon, who created the Mysterious Universe, a pocket dimension that contained countless stars and a gigantic nebula) | At least Galaxy level (Far above Infermon and was able to easily hold his own against WarGreymon and MetalGarurumon until they merged into Omegamon. it's far stronger than MetalEtemon, who absorbed the power of a black hole sufficient enough to destroy a entire galaxy), High Macroverse level via Absorption (Stated to be able to devour entire parts of the Digital World's network) | At least Galaxy level, High Macroverse level via Absorption (Should be far stronger than it's previous form) | High Macroverse level (All Digimon have true forms that resides in the Digital World, which is in a higher layer than the Dimensional Wall between the former and the Human World, making them 11 dimensional beings)

Speed: Unknown | Massively Hypersonic+ (Should at least be comparable to Elecmon) | Massively Hypersonic+ with Relativistic reactions (Faster than before and is capable of reacting to Takumi Aiba's attacks) | Relativistic with FTL reactions (Is able to fully keep up with Takumi Aiba and should above Peckmon) | Massively FTL+ with possibly Immeasurable Absorption (Kept up with both WarGreymon and MetalGarurumon who are faster than MetalEtemon who is able to absorb Galaxy-sized objects in seconds. his absorption is said to be capable of interacting with the Digital World) | Massively FTL+ with possibly Immeasurable Absorption (faster than before) | Immeasurable

Intelligence: Seems to be a highly intelligent and crafty Digimon. As Diaboromon and above it has consumed so much knowledge that it even considers itself to be all knowing.