All Fiction Battles Wiki
Register
Don't have an account?
Sign In
Advertisement
in: Characters, Male Characters, Weapon Masters,
and 70 more 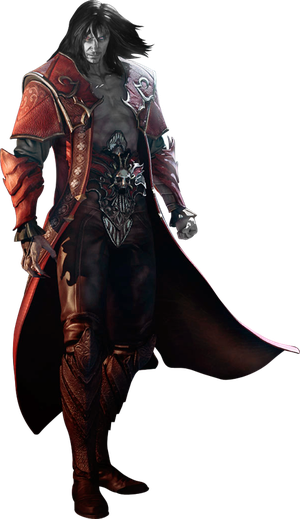 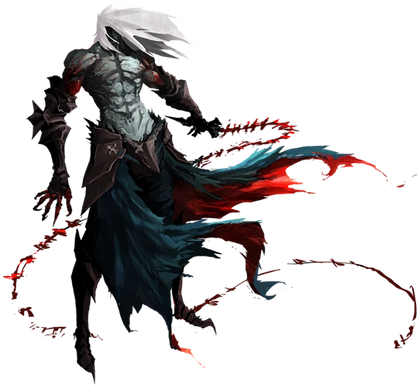 Dracula, also called "Dracul", was long time ago a warrior of the brotherhood of light named Gabriel Belmont. However, after Gabriel defeated Satan and the Lords of Shadow, and discovered the whole truth of his story, he felt empty and lonely, and that loneliness consumed him to the point that Gabriel blamed himself for the death of his beloved wife. This guilt turned into hatred for the brotherhood of light, which according to Gabriel would have purposely let him be consumed by this tragic fate. So after Gabriel became a vampire and absorbed the powers of an ancient demon, he became Dracula and vowed to destroy humanity by becoming the Prince of Darkness and the most powerful creature of the night, ruling about all others monsters to the point that The Death and even Satan need walk together behind his shadow for survive. However, after hundreds of years causing chaos to the world, Dracula became a nilistic man, and seeking death at all costs, he joined with his son, Alucard, in a plan for this finally happen, where Zobek and Satan would be defeated by both of them, with Dracula leaving humanity alone and dying for the old Vampire Killer.

Powers and Abilities: Superhuman Physical Characteristics, Weapon Mastery, Immortality (Types 1, 3, 6 and 5 - As a vampire he can never really be killed, with the exception of the Vampire Killer no other weapon is capable of killing him), Natural Weaponry, Regeneration (Mid-High usually - Can regenerate from a single drop of blood or dust. Low-Godly overtime - Regenerated his whole pshysical form but it took years), Self-Sustenance (Type 1. Vampires don't need breath), Stealth Mastery, Holy Manipulation and Unholy Manipulation (He maintains the sacred powers he received when he was part of the brotherhood of light, as he is "the chosen one" of God. As well as possessing the demonic powers of The Forgotten One), Blood Manipulation, Power Absorption (Able to thief the power of someone if suck their blood), Power Bestowal (Turned Trevor Belmont into Alucard after give his own blood to him), Magic, Martial Arts (Trained and master in military combat), Cloth Manipulation (Can make cloths from his blood), Weapon Creation (Created the void sword from the empty in his heart. Created the Chaos Claws from the heatred in his mind. Created the black whip from his own blood), Summoning, Ice Manipulation, Healing, Life Manipulation (Void Sword can absorb the vital energy of those who are hit by it, that energy goes directly to Dracula, making him heal), Air Manipulation, Forcefield Creation (Via Void Shield), Electricity Manipulation, Statistics Amplification (Chaos Claws increase this strength), Fire Manipulation, Danmaku, Soul Manipulation (The flames of Chaos Claws can directly burn the soul of those who are hit), Explosion Manipulation, Teleportation, Power Mimicry (The demonic wings are a copy of the Seraphim wings that members of the brotherhood of light possess), Pocket Reality Manipulation (His mental castle is a sub-dimension linked to his consciousness, inside Dracula has supreme power and the beings of the "real world" have their powers reduced to something "pathetic"), BFR (Can send beings to the mental dimension of his Castle), Non-Physical Interaction (Able to interact with the specters of Satan, whose are materially free), Attack Reflection (Via Chaos Shield. Able to summon dozens of bats that circle his body, these bats reflect part of the damage received back to the attacker), Poison Manipulation (His blood is toxic and poisonous, being able to corrupt sacred artifacts), Intangibility (Can turn into mist and blood), Energy Manipulation and Shockwave Creation (Can trigger red energy waves as well as shock waves), Shapeshifting (He is capable of transforming himself into a dragon, rats and several other animals. He can also take on his younger form, like the shape of other people), Large Size (Type 0 on Dragon Form), Size Manipulation (Can make his weapons bigger at will), Flight, Animal Manipulation (Can summon and control bats), Telekinesis, Smoke Manipulation, Matter Manipulation (Turned The Forgotten One into dust just by moving his hand), Resurrection (Resurrected Trevor Belmont as Alucard), Mind Manipulation (Controlled Simon's mind, making him fight against Alucard), Creation (Have Laura's powers, the same who can create giants toys and give life to them), Void Manipulation, Duplication and Dimensional Manipulation (Type 2; The prolonged exposure of energy from the void that Dracula emanated from his castle made the Navigator a being free of concepts such as pain, time, and existence itself. Dividing it into multiple avatars that quickly adapted to non-gravity and the related spatial limitations of beings that only exist in a single plane), Possession (Can possess the body of any being with his blood, but it takes only a few seconds because his poisoned blood aways kills the target), Time Manipulation (Via Stolas' Clocl. Able to slow down enemies in time after hit them), Resistance against the follow abilities: Holy Manipulation (He is unaffected by the sacred powers of the Brotherhood of Light and came out completely unscathed from a sacred explosion that kills even Light warrios and angels), Electricity Manipulation and Gravity Manipulation (Unaffected by Trevor's technological cubes that electrify and attract enemies), Fire Manipulation, Time Manipulation (Unaffected by the stopwatch effect, which slows down time), Biological Manipulation, Corruption and Madness Manipulation (Unaffected by the demonic virus of Raisa Volkova, whose is able to corrupt the cells of those affected to turn them into slave demons of Satan) and Petrification (Able to get rid of gorgon petrification)

Attack Potency: At least Planet level (Easily defeated Satan in his true form, which was about to destroy the entire planet by summoning Leviathan. Leviathan is described as a demon capable of shaking continents and reducing the entire planet to ashes. Far above Zobek, who is the lord and creator of the land of the dead)

Durability: At least Planet level (He came out unscathed by blows from Zobek and Satan on Alucard's body. He also left without injury from the explosion of the energy sphere that Leviathan would use to destroy the world)

Range: Dozens of meters with his whip. Hundreds of kilometers with energy-based powers

Intelligence: Very High (Dracula is a combat genius. Being thousands of times more experienced than his human version, when he was already considered to be the best warrior of the entire brotherhood of light of his day. He is also a master in the use of mystical powers, having been easily able to get used to its powers even after thousands of years without using them)

Vampirism: With his various vampiric powers, Dracula can use his own blood in various ways in combat, to either create weapons or kill enemies. As well as accessing countless mystical powers. Dracula can use his blood to possess his enemies and force them to fight each other or to control them. However, he can only inhabit a body temporarily, as the power of his blood quickly kills the host.

Void Sowrd: Dracula is capable of generating this powerful mystical sword, which represents the void in his heart and the magic in it, capable of stealing life and healing it. It works in a similar way to the Magic of Light. It has the longest range between Dracula's weapons. When he retrieves the Primordial Gem of the Void, he can fire Projections of the Void that can freeze waterfalls and fires and gain access to a multitude of adaptive techniques and powers like wave explosions, an explosion of Magic Void and a whirlwind during the which the sword emits electrical explosions. It can also instantly freeze enemies that are affected.

Chaos Claws: Dracula is able to manifest Chaos Claws that burn red gauntlets and are used in a similar way to Shadow Magic. They are the representation of Dracula's fierce anger and hatred against Satan, Zobek and the Brotherhood of Light. They are Dracula's strongest weapon and do extreme amounts of damage. His claw attacks and punches combined with the element of fire allow him to crush enemy armor through heat and crushing strength. They also allow Dracula to pass through enemy guards or boss blocks more quickly. Dracula is capable of firing Chaos Bombs and expands the powers of the Chaos Claws, summoning explosions from the ground or creating waves of fire that damage large crowds of enemies, vertical whirlpools of fire, vortexes of fire, in addition to firing fireballs that can damage distant enemies. With the gauntlet, Dracula can burn even the souls of his enemies.