All Fiction Battles Wiki
Register
Don't have an account?
Sign In
Advertisement
in: Characters, Villains, Sonic the Hedgehog,
and 56 more 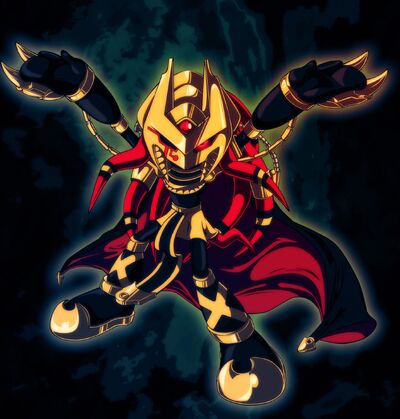 Enerjak is a main antagonist of Archie's Sonic the Hedgehog comic series. According to his backstory, Enerjak was a evil demigod that presence crossed all of the Chaos Force, whose incarnation will overcome any Echidna over the ages of time to make Avatars of him.

Speed: Immeasurable (Kept on against Super Sonic and should be comparable to Solaris) | Omnipresent

Intelligence: Supergenius (Was a key researcher in Chaos Power before his ascension)

Weaknesses: His form is permanent so long as he is not killed or being subjected to a siphon device or a magical artifact like the Sword of Acorns, which can drain his powers and revert him to his original state. | None notable