All Fiction Battles Wiki
Register
Don't have an account?
Sign In
Advertisement
in: Sonic the Hedgehog, Villains, Immortals,
and 23 more 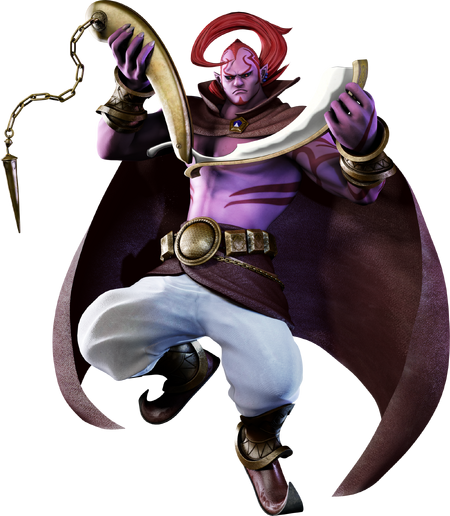 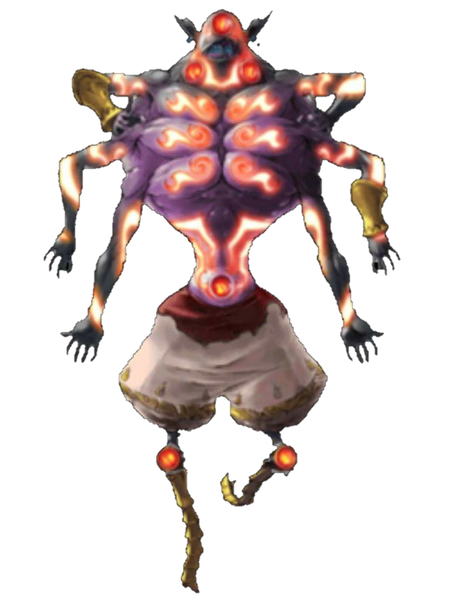 The Erazor Djinn (イレイザー・ジン Ireizā Jin?) is an antagonist in the Sonic the Hedgehog series. He is an evil djinn from the world of the Arabian Nights and the Genie of the Lamp from the tale of Aladdin and the Magic Lamp. By releasing the stories from the Arabian Nights storybook and absorbing their power, Erazor's goal is to take over his world and bend it to his will and then make his way into Sonic's world.

Origin: Sonic the Hedgehog (Sonic and the Secret Rings)

Age: Unknown (Described as being sealed inside of his lamp "long ago")

Superhuman Physical Characteristics, Self-Sustenance (Types 1 and 2), Flight, Teleportation, Magic, Reality Warping (As a Djinn, Erazor can reshape reality in accordance with wishes he grants), Fire Manipulation, Curse Manipulation and Immortality Negation (Anyone struck with the Flame of Judgement curse will die once the flame is extinguished, independent if the being is imortal or not), Summoning (Of ghosts, Djinn and various other monsters), Immortality (Types 1 and 8, reliant on his lamp), Energy Manipulation, Resurrection (Brought Shahra back to life), Shapeshifting (Turned himself into sand after he was defeated), Absorption and Text Manipulation (Was absorbing the world of the Arabian Nights, which is made up of text, and was also ultimately the one to restore them and it being stated it would've been hard to restore otherwise), Resistance to Extreme Cold and Cosmic Radiations

All previous abilities on a vastly enhanced scale in addition to Self-Sustenance (Type 3), Emotion Empowerment (Empowered by the World Rings, with each being a manifestation of a specific emotion), Dimensional Travel, Enhanced Reality Warping and Space-Time Manipulation (Can reshape entire realities in his image. Reduced the space-time continuum to a void), and Passive Text Destruction (His mere existence completely destroyed the Arabian Nights reality and was ultimately going to recreate it completely) Conceptual Manipulation (Type 3: Can reshape the entire concepts of the Arabian Nights reality into what he pleases, which are stated to rule over said reality)

Attack Potency: Planet level+ (Superior to his own Ifrit Golem, who could burn an entire world away with it's flames, has fought Modern Sonic on a regular basis) | Universe level+ (Completely destroyed the entire Arabian Nights reality and planned to recreate it in his own image, fought Darkspine Sonic and is empowered by the World Rings)

Range: Extended melee range with his sword, Hundreds of meters with attacks, Universal with his abilities (Was affecting the entirety of the Arabian Nights reality) | Standard melee range, Universal+ with Reality Warping and Cross-Dimensional Travel (Stated that after he finished transforming the world of the Arabian Nights, he would travel to Sonic's world and do the same there)

Standard Equipment: His sword | The World Rings of Hope, Joy, Pleasure, and Desire

Weaknesses: Arrogant. Erazor is forced to grant three wishes to whoever has his lamp, and he will die if it's destroyed | His heart is more vulnerable than the rest of his body, the World Rings have driven him to insanity

It Has Come to This (Vs. Erazor Djinn)
Battle theme