All Fiction Battles Wiki
Register
Don't have an account?
Sign In
Advertisement
in: Characters, 07th Expansion, Umineko no Naku Koro ni,
and 107 more

50 years (mentally), beyond the concept of time (technically)

Originally some sort of inner being in Eva Ushiromiya, she became a witch after Eva solved the riddle of the Epitaph. She was recognized as Beatrice's successor, and was extremely cruel. She often used her powers to kill and resurrect people multiple times (usually in brutal ways) before finishing them off. She is sometimes referred to in the text as "The Cruel Witch", and later on, "The Black Witch". She is the main antagonist in Banquet of the Golden Witch.

All previous abilities to greater extents, Non-Corporeal, Magic, Transduality (Type 2. Completely transcendent of all concepts of the Human Domain, including all of its dualities), Reality Warping, Resurrection, Abstract Existence (Type 1), Beyond-Dimensional Existence, Avatar Creation, Dimensional Manipulation (Type 2; Can manipulate Kakera, which contain infinite possibilities and higher dimensions), Shapeshifting, Teleportation, Reactive Evolution and Adaptation (All of the higher layers exist on the background of the Sea of Nothingness, and the beings of the higher layers may exists directly within this sea, and they adapt to the pressure due to mental and spiritual evolution), Self-Sustenance (1, 2 and 3), Acausality (Type 5), Large Size (Type 11), Immortality (Types 1, 3, 4, 5, and 8. Reliant on either Beatrice, Battler Ushiromiya, or Ange Ushiromiya), Regeneration (High-Godly; Even if the entirety of her existence is completely erased and lost to the Sea of Nothingness beyond all layers and stories, she can regain her form just by thinking), Time Manipulation, Spatial Manipulation, Cosmic Awareness, Fate Manipulation, Fusionism, Causality Manipulation, Plot Manipulation, Probability Manipulation (Kakeras are like books and works of fiction to beings of the Higher Worlds, and by using them to create worlds, the world's events and fate is set in stone. Much stronger than beings who can manipulate the fate, plots, possibilities and space-time of Kakera), Void Manipulation, Conceptual Manipulation (Type 1), Mind Manipulation, and Soul Manipulation (Can manipulate the voids of nothingness of Kakera, as well as it's conceptual, mental and spiritual realms. Lives in the Higher World, where the concepts of fate and possibilities are vizualized in the form of Kakera, which she can manipulate), Quantum Manipulation (Can manipulate the quantum mechanics of the Human Domain), Law Manipulation (Beings of Higher Worlds can impose rules within their Gameboards, such as Beatrice creating the Anti Magic Toxin rule), Nonexistent Physiology (Type 2; Their essence beyond the physical form is a void that only takes shape when they think about it), Resistance to Soul Manipulation, Mind Manipulation, and Void Manipulation

Attack Potency: Building level physically and with low-level magic (Even before she ascended and took the title of the Golden Witch, she was capable of battling with George Ushiromiya. She also should be comparable to Gaap who can create natural lightning), Island level, likely Moon level to High Universe level with Stronger Magic (Inherited all of Beatrice's magic upon gaining the title of Golden Witch), Ascendent level, potentially up to Ascendent level+ with Endless Magic (Endless Magic can act as a way for one to journey through the infinite layers of the sea of fragments, being potentially capable of granting infinite evolution and apotheosis to a being of a lower-order when paired with something such as Maria's Magic of Origins, turning 1 into ∞.) | Ascendent level (Exists in the Witch Domain, a higher realm of existence from which the entire Human Domain is regarded as fiction and its inhabitants are seen as pieces laid on a chessboard, their fates and lives merely small fragments which can be manipulated and physically interacted with even by normal humans inhabiting this perspective. This includes structures such as higher dimensions, hierarchies of stories, dreams, and daydreams, and the Underside of the Chessboard, a void of nothingness completely beyond space and time which resides in an unreachable "nowhere" in relation to the entire world of the pieces. Manifested in the City of Books, where she killed all of Bernkastel's Wild Cats. The City of Books contains infinite universes and gameboards, to which Umineko is just simply one of them), potentially Ascendent level+ with Endless Magic.

Speed: Massively Hypersonic+ to Infinite (Should be no slower than Beatrice) | Irrelevant (Freed from all of the Human Domain's restrictions, and transcends even realms devoid of space and time entirely such as Gaap's Abyss. Defeated Bernkastel's cats)

Lifting Strength: Unknown | Irrelevant (Exists in a higher domain where the concepts of size and mass are irrelevant, with entire worlds which themselves contain higher-dimensional structures being just fiction contained in small fragments to him, and the Human Domain as a whole nothing but a chessboard. Lifted endless fragments within a bottle)

Durability: At least Building level, Island level, likely Moon level to High Universe level with forcefields (Her magic is comparable to Beatrice's) | Ascendent level (Her existence is sustained by Ange and ensured by her golden truth, thus being completely invulnerable to even attacks coming from the likes of Bernkastel, who failed to kill her despite repeated attempts to deny his existence with the Red Truth)

Stamina: Virtually limitless | Inexhaustible (Depends on the will and determination of her types of thoughts)

Standard Equipment: A Golden Rod with the crest of the Ushiromiya family.

Intelligence: High. Eva-Beatrice's intelligence is similar to Eva's, who is noted to be incredibly crafty and cunning. This includes her sealed door trick as displayed in episode 1. Despite being suddenly forced into playing the game, she managed to stump Battler Ushiromiya once she finally understood the rules.

Weaknesses: Her magic depends on her faith in it, and does not appear directly in the human world, she is still inexperienced as a witch | Boredom and the possibility of losing her will; Dependence on Bernkastel or Ange

Endless Magic: The signature magical system utilized by the Endless Witch, whose foundations lie upon the concept of infinity, be it as an endless repetition or an infinite expansion, hence allowing them to revert anything back to its original state by making them remember the form which they used to hold, repairing broken objects and resurrecting people from the dead, as well as allowing Eva to recover from fatal injuries by rewinding his body back to its original state, and creating infinity out of any number so long as it is not 0, modifying finite quantities so that they expand infinitely.

However, the true basis and source of Endless Magic lies on the concept of a "cat in a box", that is, an unobserved entity of infinite variation whose uncertain existence makes it so all possible interpretations of them are equally valid and impossible to be denied, causing it to be the root of infinite possibilities and scenarios. Thus, the Endless Witch is akin to a storyteller who weaves infinite tales and stories, shaping their own worlds and controlling the infinitely-stretching possibilities contained in their catbox.

Truths: Special moves utilized in debates between Witches and Humans taking place in the Meta-World, being statements denoted by specific colors which often manifest as conceptual weapons that directly target the enemy's very existence in an attempt to deny it, and are thus impossible to physically avoid, forcing opponents to counter the attacker's arguments with another truth. As the damage dealt by the Truths is conceptual, rather than strictly physical, they completely bypass conventional durability and allow the user to skewer and even kill opponents much more powerful than themselves 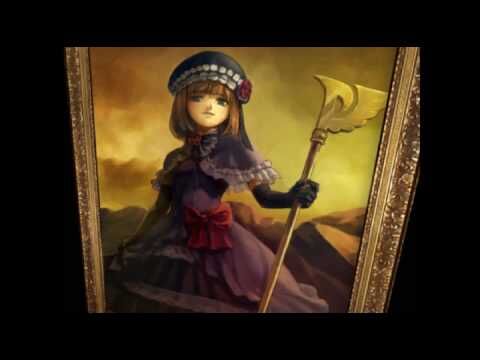