All Fiction Battles Wiki
Register
Don't have an account?
Sign In
Advertisement
in: Characters, 07th Expansion, Umineko no Naku Koro ni,
and 49 more

Unknown, but beyond the concept of time

Featherine Augustus Aurora (フェザリーヌ アウグストゥス アウローラ) is the witch form of Tohya Hachijo, and the Witch of Theater going, Drama and Spectating, an Endless Witch. She appears in the sixth, seventh, and eighth games; Dawn of the Golden Witch, Requiem of the Golden Witch, and Twilight of the Golden Witch, respectively. She is so powerful that even Bernkastel is scared of her to a degree. She sometimes is bored of living for too long so she repeatedly lives and dies.

She has mastered several famous games in the past, though she has long forgotten them and the medallion on her chest is the only proof. She possesses a crescent-shaped device that floats around her head, serving as a memory aid that maintains traits such as her name, appearance, and personality.

Superhuman Physical Characteristics, Nigh-Omniscience, Non-Corporeal, Abstract Existence (Type 1), Magic, Power Bestowal (Can grand power to other Witches or lesser beings), Reality Warping, Acausality (Type 5), Time Manipulation, Spatial Manipulation, Cosmic Awareness, Causality Manipulation, Plot Manipulation, Fate Manipulation, Probability Manipulation (Kakeras are like books and works of fiction to beings of the Higher Worlds, and by using them to create worlds, the world's events and fate are set in stone. Can manipulate the fate, plots, possibilities and space-time of Kakera), Void Manipulation, Conceptual Manipulation (Type 1), Quantum Manipulation, Mind Manipulation, and Soul Manipulation (Can manipulate the voids of the nothingness of Kakera, as well as it's conceptual, mental and spiritual realms. Lives in the Higher World, were the concepts of fate and possibilities are visualized in the form of Kakera, which she can manipulate at will), Law Manipulation (Beings of Higher Worlds can create specific rules within the gameboard, such as Beatrice making the Anti Magic Toxin rule), Shapeshifting, Adaptation and Evolution (All of the higher layers exist on the background of the Sea of Nothingness, and the beings of the higher layers may exist directly within this sea, and they adapt to the pressure due to mental and spiritual evolution), Avatar Creation, Self-Sustenance (1, 2, and 3), Non-Physical Interaction, Large Size (Type 11), Immortality (1, 3, 4, 5, 8, and 9), Regeneration (High-Godly, Even if the entirety of her existence is completely erased and lost to the Sea of Nothingness beyond all layers and stories, she can regain her form just by thinking), Beyond-Dimensional Existence (Type 2), Transduality (Type 2, She exists beyond the Human Domain and all its dualities), Existence Erasure (Can erase beings out of existence using her plot manipulation), True Flight, Text Manipulation and Information Manipulation (by manipulating the plot), Nonexistent Physiology (Type 2. Exists as an entity of nothingness at the core of her being, with her physical form being constructed and defined solely by her thoughts), Nigh-Omniscience, Durability Negation (Can manipulate the plot for a character to get hurt without the need of an attack), Resistance to Mind, Soul, and Void Manipulation (Higher Beings adapt to the atmospheric pressure of higher worlds which can erase one's mind and soul. This allows them to resist it overtime so they won't get erased by said pressure), Red and Blue Truths

All previous powers and abilities on a higher existence superior to the entire infinite hierarchy of higher layers of the Witch Domain, Beyond-Dimensional Existence (Type 3)

All previous powers and abilities on a higher existence superior to the entire infinite hierarchy of higher layers of the 3rd Domain, Omnipresence

Attack Potency: Human level | Ascendent level (Created and fully governs the City of Books, where infinite universes and stories are contained and to which Umineko as a whole is just one tale among countless others, with the lives and journeys of individual characters amounting to little more than single lines of a book. Immensely more powerful than the likes of Bernkastel and Lambdadelta, being considered the most powerful Witch in existence and head of the Senate) | High Ascendent level (Completely transcends the infinitely layered Witch Domain the same way the Witches transcends the Human Domain, seeing Witches and their territories as being mere pieces on a chessboard. Stated to be the Witch that stands closest to The Creator, residing at the very end of the infinite staircase leading to the Kingdom of God) | High Ascendent level (Exists as a fundamental principle of the world which completely supercedes those embodied by Voyagers, being described as the pillar that sustains the universe, from which universal laws and forces are derived and though which they are sustained. The difference between the Human World and the Higher Domains is described as being meaningless to her, with both Featherine Augustus Aurora and Tohya Hachijo being stated to be equally trivial and temporary roles being played by an indescribable "actor" entity, who exists independently from both identities)

Speed: Average Human | Irrelevant (Freed from all of the material world's restrictions, and transcends even realms devoid of space and time entirely such as Gaap's Abyss) | Irrelevant (Exists above the Witch's Domain and all of its infinitely layered worlds) | Omnipresent

Lifting Strength: Average Human | Irrelevant (Exists in a higher domain where three-dimensional concepts of size and mass are irrelevant, with entire worlds which themselves contain higher-dimensional structures being just fiction contained in small fragments to her, and the human world as a whole nothing but a chessboard) | Irrelevant | Irrelevant

Intelligence: Nigh-Omniscient (She knows every single thing about Umineko, since she is the creator of the whole Umineko story in the first place, and also created the entire City of Books, which contains countless of fragments and books)

Weaknesses: Became ill with boredom due to her extreme power and age, and is normally a very sickly individual unable to muster the will to even restart her own heart. As a result of her age and the height of her existence, her memories and sense of self are very frail, and thus she needs a device in order to record and maintain her personality and attributes, which can cause her own form and character to radically change if damaged. | None Notable.

Power of the Pencil: Having long transcended the realm of Witches and accessed a higher domain from which even they are nothing but pieces on a chessboard, Featherine holds the power to look down upon all of existence as the script of a tale which she can easily modify and rewrite according to her whims, paralyzing the narrative itself in a manner akin to a person stopping to turn the pages of a book and writing down her desired scenarios. This ability is also shared by her lower manifestations and projections in the lesser domains, allowing them to rewrite and affect the plot from the inside as well.

Truths: Special moves utilized in debates between Witches and Humans taking place in the Meta-World, being statements denoted by specific colors which often manifest as conceptual weapons that directly target the enemy's very existence in an attempt to deny it, and are thus impossible to physically avoid, forcing opponents to counter the attacker's arguments with another truth. As the damage dealt by the Truths is conceptual, rather than strictly physical, they completely bypass conventional durability

Note: Featherine isn't "a" Creator. The English translation says something like "Featherine transcended the level of witches and became a Creator". However, the Japanese version stated that Featherine transcended the realm of witches and reached the realm of the Creator, but she only touched the last boundary. Anyone who actually becomes part of the Creator is completely erased, due to loss of all restrictions, including life, death, and meaning. This also explains why "Creators" does not make sense. The Japanese version has no plural. 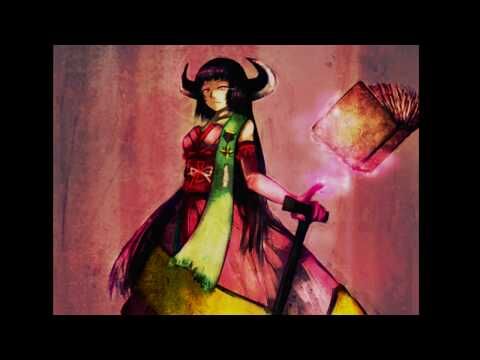