All Fiction Battles Wiki
Register
Don't have an account?
Sign In
Advertisement
in: Characters, Male Characters, Antagonists,
and 35 more

Fiamma of the Right 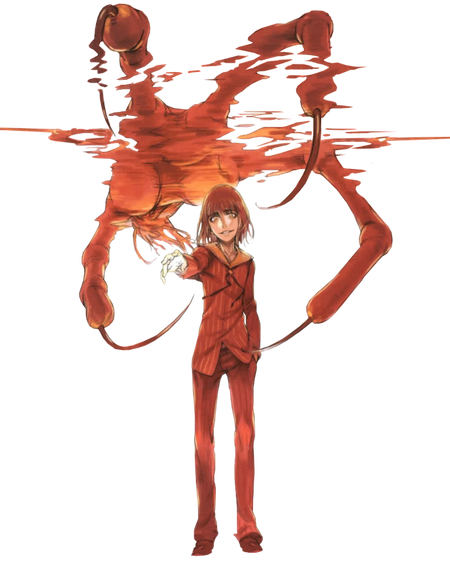 Fiamma of the Right (右方のフィアンマ, Uhō no Fianma) is a major antagonist in Toaru Majutsu No Index. He initiated a series of events that would cause unrest in key areas around the world and was ultimately the main cause of World War III. His powers are such that he can literally be compared to entire forces like the Roman Catholic Church and Academy City.

Name: Fiamma of the Right, The One Above God

Powers and Abilities: Superhuman Physical Characteristics, Telepathy, Teleportation (Shown here), Magic, Instinctive Reaction (Holy Right automatically reacts to any possible threat towards Fiamma, even if the later is not aware of them), Durability Negation (Holy Right responds to the needs and always strikes its enemies with the necessary "force" to defeat them), Fire Manipulation, Water Manipulation, Light Manipulation (Can create explosions of light. Can shoot beams of light from his Holy Right. Can create a giant sword of light), Non-Physical Interaction, Stealth Mastery (Can erase his own presence. Managed to hide his own presence from Othinus and caught her by surprise), Reality Warping (Can potentially recreate any legend or miracle from the Christianity, such as reviving the deceased, healing the sick, and banishing people to Hell), BFR, Sealing (Can banish people to Hell and seal them there), Regeneration Negation (High, possibly Low Godly. Holy Right can deal with angels and archangels, who can come back from pure energy), Purification (Type 2), Summoning, Pain Manipulation (With Scarlet Stone of Pexjarva), Power Nullification (With Turn into a Fairy), Space-Time Manipulation, Limited Transmutation and Biological Manipulation (With Feathers of Light), Absorption (Absorbed Touma's right arm with Holy Right), Resistance to Mind Manipulation, Fear Manipulation, Soul Manipulation, Sealing and Heat Manipulation

Attack Potency: Human level, Multi-Continent level with Holy Right (Can destroy Eurasia. Can sink an entire continent and dry up all the oceans in a single strike. Can wipe out humanity off the Earth) | Human level. Planet level (Has enough power to reduce an entire planet to dust), possibly Solar System level with Holy Right (Achieved a greater amount of Telesma than Full Power Gabriel and other angels, who can remove all celestial bodies of the universe. Holy Right constantly produces so much power that not even Imagine Breaker can fully negate it)

Speed: Peak Human with FTL+ reactions. Speed of Light with light attacks (Can shoot beams of light that travels in a straight line to the target), far higher with Holy Right (Holy Right doesn't need speed and always hit its targets instantly, regardless of distance, speed, or space between Fiamma and the opponent)

Stamina: Above Average (Managed to stay active after having his arm cut off by Aleister. Holy Right doesn't require stamina to use)

Intelligence: Above Average (Organized and manipulated several world powers to cause the World War III. Has extensive knowledge in magic)

Key: Base (With Index's controller) | La Persona Superiore a Dio