All Fiction Battles Wiki
Register
Don't have an account?
Sign In
Advertisement
in: Characters, Genderless Characters, Antagonists,
and 19 more 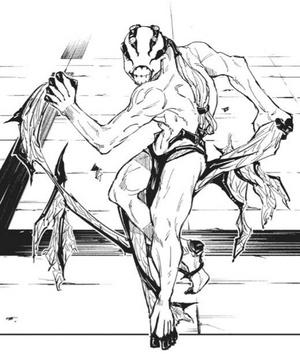 Finger Bearers are a type of Cursed Spirit that have become Special Grade after devouring one of Sukuna's Fingers. They also possess incredible amounts of Cursed Energy, being able to fire it out in unrefined blasts and even barriers. However, despite their strength, they seem to lack any form of Cursed Technique and pale in power when compared to Sukuna.