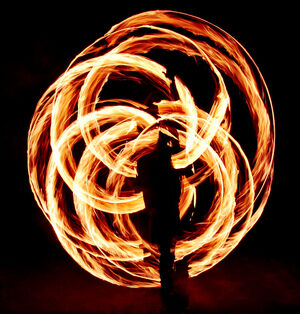 Fire control is, basically, the capacity to control fire. While the force of the capacity shifts, this will in general be a profoundly ruinous and amazing capacity when in the correct hands, however it very well may be difficult to control. Normally, fire can be extinguished by water effectively, and periodically, fire controllers don't accompany a resistance to their capacities.

While the flames may vary in destructive ability, this is more often then not quite the useful power when mastered (it should be noted it could be difficult to control). Subset of Elemental Manipulation. This power is typically used by characters to burn/melt objects and enemies if not outright incinerate them.