All Fiction Battles Wiki
Register
Don't have an account?
Sign In
Advertisement
in: Redo of Healer, Female Characters, Characters,
and 30 more 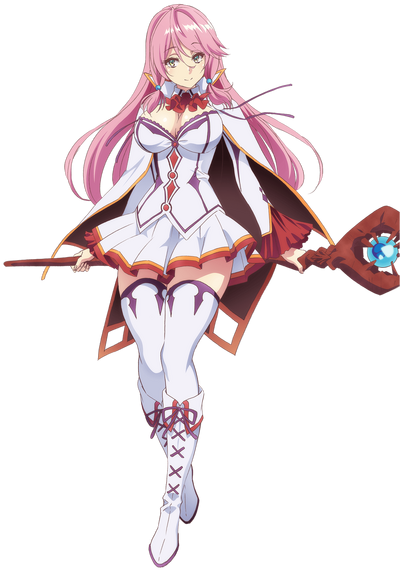 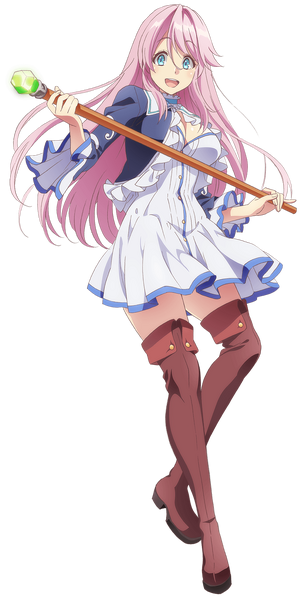 Flare Arlgrande Jioral, now known as Freia, is the Magic Hero and the main heroine. She is the princess of the Jioral Kingdom, who is currently Keyaruga's companion and slave.

Powers and Abilities: Superhuman Physical Characteristics, Magic, Weather Manipulation and Electricity Manipulation (Via Mjolnir, which summons a massive thundercloud, releasing concentrated lighting down on the target, she can also summon lighting), Elemental Manipulation (Her stats state that she can use magic of every element), Forcefield Creation (She can create barriers such as Anti-Demon Barrier), Earth Manipulation (She can summon and asteroid to fall onto a target), Social Influencing (She was able to convince Kureha that Kearu was good and that they were fighting against the injustice of the kingdom, she was able to stop the fighting between the humans and demons with her speech gaining their support), Instinctive Reaction (Her body reacted to the mention of her sisters name even though her memories have been erased), Glyph Creation, Enhanced Senses (She can use a spell to track a target by there heat and can show their location through it), Ice Manipulation (She can create weapons out of ice), Weapon Creation, Air Manipulation (She can wrap wind around her ice spear to launch it at a target), Shockwave Generation (She can send a shock wave through the earth destroying all the ground in front of her), Statistics Amplification (Her staff boosts her magic power), Absorption (Her staff absorbs Magic from its surroundings), Martial Arts (Type. 3, she has been trained in hand to hand as well as having a skill in it but only as Flare).

Attack Potency: Small Building level (She should be comparable to Keyaru as he's considered the weakest hero), Large Town level with Magic (Most of her spells can deal this much destruction and she can summon a massive asteroid)

Speed: Supersonic (She can keep up with Keyaru and can react to his movements)

Lifting Strength: Class 5 (She should be comparable to the Ice Wolf Tribe soldiers)

Durability: Small Building level (She should be comparable to Keyaru as he's considered the weakest hero), Large Town level with Magic (Her magical barriers should be as strong as her normal magic)

Stamina: Average (Physically she isn't as capable as Keyaru), High with Magic (She can cast multiple spells, fight multiple enemies and use high tier magic)

Elemental Magic: Flare is able to cast formidable magic affiliated with various elements, including lightning, fire, ice, earth and wind. A normal mage can only master one or two elements, but as a Hero, Flare is capable of using every single element and combine several spells to devastating effect.