All Fiction Battles Wiki
Register
Don't have an account?
Sign In
Advertisement
in: Characters, Male Characters, Teenagers,
and 26 more 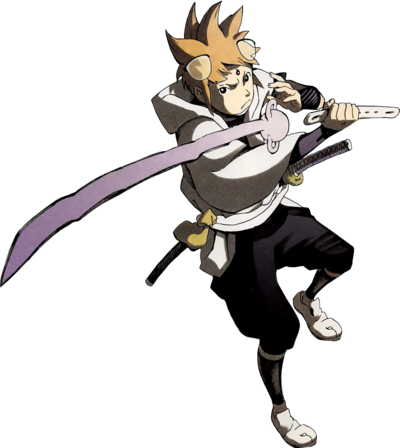 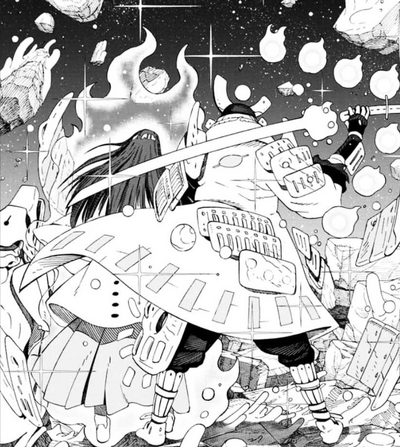 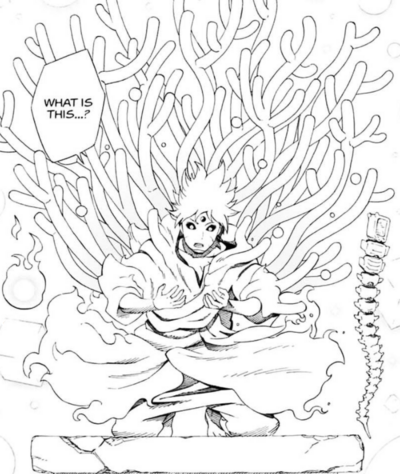 Hachimaru is the main protagonist of the series "Samurai 8: Hachimaruden". Hachimaru was a sick, and feeble boy who's dreams to become a Samurai were realized when he participated in the Ritual of Samurai Rebirth and was trained by Daruma, a powerful veteran Samurai trapped in the body of a blind cat.

Age: Unknown, in his Teens

Superhuman Physical Characteristics, Longevity, Inorganic Physiology (Samurais are given Cyborg bodies by the warrior god, the base of a samurai is called a "key", and everything around the key is constructed of cyborg parts), Limited Matter Manipulation and Body Control (Samurai can manipulate their body or their holder's body's particles to form it into different shapes, tools and devices), Precognition (has extraordinary ability to anticipate the future), Technology Manipulation (Samurai can manipulate and create technology using their body), Gravity Manipulation (Samurai inflict their will onto the universe in the form of "Gravity"), Statistics Amplification (A Samurai's holder armor can be used to drastically amplify their power), Flight (Riding Hayataro, and can possibly fly by himself), Regeneration (High-Mid), Immortality (Types 1, 3, 7 and 8; Samurai are already dead. Dependent on Fudo Myo-o and their will to continue battling), Self-Sustenance (Type 1), Limited Mind Reading (Samurai are capable of searching people's memories), Weather Manipulation (Can freely manipulate the atmosphere to fight), Durability Negation (Samurai have control over the separation of matter)

All previous abilities to a greater extent, Limited Possession (Possessed his brothers), Space-Time Manipulation (Shows great levels of control over Space-Time), Information Manipulation (Ascended to a higher-plane as an Information Aggregation of pure thought and memory, and could Absorb and utilize the information of his brothers and their keys), Non-Corporeal (Discorporated into an Information Aggregation that is also spiritual, like Fudo Myo-o), Immortality (Type 4, 5, 6 and 9; Hachimaru possessed his brothers to resurrect himself after his main body died. After becoming Fudo Myo-o Hachimaru exists in a paradoxical state of both life and death. Hachimaru cannot be permanently killed by traditional means due to his true self existing in a higher plane as pure information, only existing in the normal universe by possessing bodies and acting through them as avatars), Hacking (Took over Ryuki, Preventing its interaction with Ata)

Attack Potency: At least Small Building level (Sliced an iron cannon ball in half), higher with Princess Ann, can negate durability with his Samurai Soul | Low Macroverse level (Possessed Infinite Stats including strength and had surpassed space and time, space being stated to contain multiple dimensions that normal people aren’t aware of) | Low Macroverse level (Ascending to a higher plane then before as an information body)

Intelligence: Gifted. As a professional gamer, Hachimaru possesses innate talent for battle, along with strong analyzing abilities and battle sense)

Weaknesses: A samurai dies if he loses his courage. Regenerating an entire body can take potentially hours, but regeneration speed varies among Samurai and less damaging injuries can be healed much quicker. | None Notable | None Notable