All Fiction Battles Wiki
Register
Don't have an account?
Sign In
Advertisement
in: Characters, Female Characters, Humans,
and 26 more 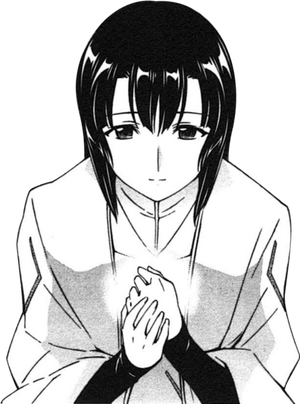 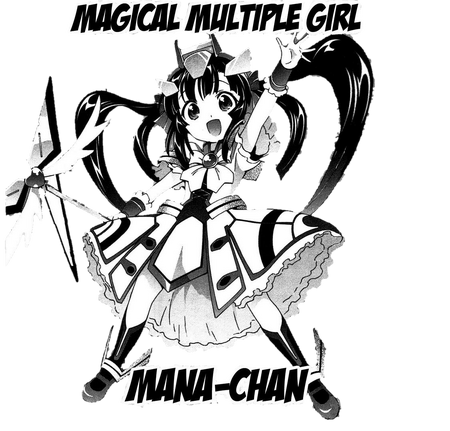 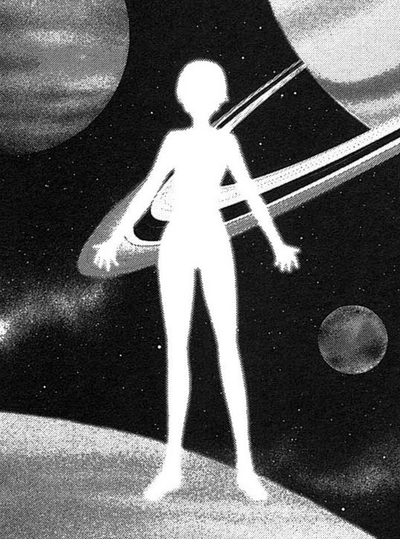 Hatou Manabu is the main protagonist of the series Murasakiiro no Qualia (also called Qualia the Purple). After meeting Marii Yukari on accident, she quickly becomes friends with her, who would eventually be responsible for replacing Manabu's left arm with a cell phone. Manabu acknowledges her left arm to be flesh and machine simultaneously, preventing the superposition from collapsing. In doing so, she gains the ability to communicate with other versions of herself in alternate realities. Later, she would use that power to find a possibility in which Yukari isn't murdered, using every possible method to achieve her goal.

Gender: Female. Varies when possessing others.

Powers and Abilities: Superhuman Physical Characteristics, Martial Arts (Type 3), Weapon Mastery (Type 1), Immortality (Types 1 & 6. If she is killed, her current counsciousness will hop into another Hatou from another world/possibility. It should be noted that she can do this manually as well. All of the infinite versions of her, with which she has synchronized her consciousness, are still her), Acausality (Types 1, 2, 3 & 4. She is unnafected by time paradoxes, only exists in the present, and has an infinite army of herself throughout infinite timelines. If she dies, another Hatou will take her place. Her actions is what guides causality), Quantum Manipulation, Probability Manipulation (Hatou can choose which result of random events she observes and by that what happens. She does that by transmitting her consciousness to another possibility. She can switch which result she observes after it already happened and can not only choose present and future possibilities, but can also choose which of all possible pasts led to the present state. With her infinite possible selfs, she takes every possible action in one possibility each and in the end abandons all the possibilities, except the one that let her reach her goal), Magic, Telekinesis (Shown here), Flight, Energy Projection, Teleportation, Transformation (Can transform into a magical girl), Possession (Shown here), Time Travel, Memory Manipulation | All previous abilities, plus Nonexistent Physiology (Type 2. Changed her own parameters to become a nonexistent entity, devoid of any presence or place in reality, being neither a wave nor a particle nor even a probability density, incapable of being observed, defined or conceptualized altogether), Acausality (Type 5), Void Manipulation

Attack Potency: Wall level, likely Small Building level (She vaporized a chunk of a forest with her laser beams. Busted through a concrete wall, can smash humans flat and was able to seemingly vaporize human beings as well) | Universe level+, likely Multiverse level+ (After "thinking outside the Box" and becoming the observer of the universe, she collapsed the superposition of all infinite possibilities into a single infinite point, giving birth to a singularity)

Speed: Supersonic (Can keep up with military jets) | Unknown

Stamina: Extremely High (Her mental stamina was sufficient to keep her working on her task for dozens of billions of years) | Limitless

Range: Universal+, likely Multiversal+ (The scope of her observations extends throughout the whole universe. Can switch between infinite possibilities)

Intelligence: Likely Genius (Possesses the accumulated knowledge of infinite different versions of herself. Gained the knowledge of all the people she has ever lived as, which likely includes the majority of all Japanese people throughout history)

Weaknesses: She can only change the life of those with these different Qualia in a limited way, as they can observe her and their own fate

Key: Within the Box | Outside the Box