All Fiction Battles Wiki
Register
Don't have an account?
Sign In
Advertisement
in: Characters, Sonic the Hedgehog, Robots,
and 33 more 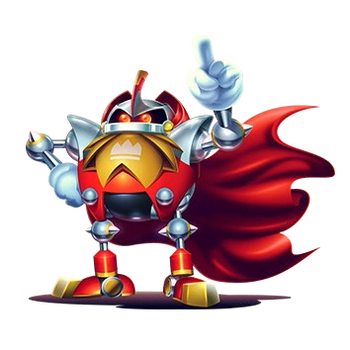 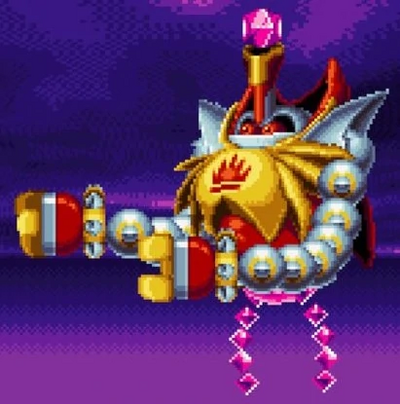 Gender: Technically none, referred to as male

Same as before on a vastly enhanced scale, Flight, Dimensional Travel, BFR. As it fused with the real Phantom Ruby, it possesses all of Infinite's abilties to a far greater extent which include: Flight, Duplication, Homing Attack, Aura, Perception Manipulation, Energy Manipulation, Danmaku, Vibration Manipulation, Size Manipulation, Statistics Amplification, Gravity Manipulation (Can reverse gravity), Creation, Spatial Manipulation and BFR (Can create rifts in space-time to banish opponents to "Null Space"), Teleportation, Telekinesis, Illusion Creation, Dimensional Travel, Limited Subjective Reality (Capable of choosing who his illusions can affect and make his illusions have a basis in reality, showcased when he created a virtual Sun that would've wiped the Resistance yet left Eggman, his forces, and himself unharmed)

Attack Potency: Large Planet level (Comparable to Pre-Forces Classic Sonic) | Universe level+ (Powered by the Phantom Ruby, which energies can create entire space-time continuums such as the Egg Reverie Zone and the Null Space, the latter is stated to be a prison that goes on forever. Fought Classic Super Sonic)

Intelligence: Gifted (Is one of Eggman's most elite warriors, who was capable of leading the Hard-Boiled Heavies, who are also among his finest soldiers)