All Fiction Battles Wiki
Register
Don't have an account?
Sign In
Advertisement
in: Characters, Male Characters, Gods,
and 11 more 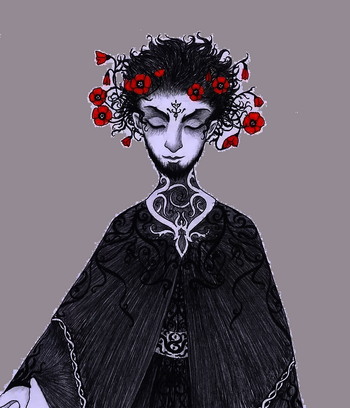 Hypnos is the Greek/Roman God of Dreams and one of the main characters in the Lovecraft's short story Hypnos, where he met a nameless man who would soon be his friend by chance. Hypnos begins to enlighten his new friend on the nature of reality and shows him realms which exist beyond all concepts of space, time and dimensions.

Attack Potency: Ascendent level+ (Hypnos was capable of ascending into and comprehending realms beyond normal counsciousness, reality, matter, time and dimensional space, eventually reaching the limitless vacuum beyond all thought, entity and infinite transcendental realities. He found the First Gate, a plane beyond everything else he has already experienced, with Hypnos managing to travel past into it. However, upon witnessing the mere shadows of the creatures and horrors there, he was driven insane)