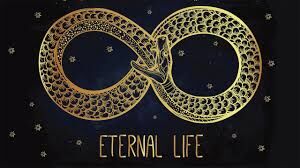 Immortality is the ability to simply not die by natural means for any number of reasons, ranging from simply having no limit to your lifespan, being able to regenerate from wounds that would normally be lethal, or being protected by a higher being, among other possible reasons. It should be noted that no Immortality is truly perfect, and no matter how much a character's immortality is hyped up within their own setting, it is very, very unlikely that they are truly completely unkillable when matched up against characters from other fictions.

1: Eternal Life: Characters gifted with this type of immortality cannot die from natural causes, such as old age or conventional illness, but can be killed by unnatural causes. To clarify, this type of immortality can include both those who do not age at all, and those who still grow old, but will never die of old age. However, in the case of the latter it should be made clear that this is not just Longevity, as characters with that ability will eventually die of old age, as opposed to Eternal Life, for which dying of old age is not possible.

2: Resilient Immortality: Characters with this degree of immortality can indefinitely survive injuries that would otherwise be lethal to a normal person, without needing to heal.

3: Immortality via regeneration: Characters with this type of immortality can simply regenerate from wounds that would normally be lethal, though its effectiveness depends on the degree of the regeneration, with the lowest level needed to qualify for this type being Low-Mid.

4: Immortality via reincarnation or resurrection: Characters that are immortal because, whenever they die, they will simply reincarnate within another body or resurrect themselves at a later point in time.

5: Deathless Immortality: Characters who exist unbound by conventional life or death, or do not exist at all, and thus cannot be traditionally killed. Typically, abilities such as Existence Erasure are needed to destroy them.

6: Parasitic: The character is able to attain a sort of immortality by abandoning bodies whenever necessary to transfer their consciousness to another body, whether they are possessing someone else or switching to a backup body.

7: Undead: Characters who cannot die due to technically being already dead, often overlapping with other forms of immortality.

8: Reliant Immortality: The character cannot die as long as a certain being, object, or even concept exists.

9: Transcendental Immortality: Characters whose true selves exist independently from the plane where they can be killed.