All Fiction Battles Wiki
Register
Don't have an account?
Sign In
Advertisement
in: Characters, Male Characters, Antagonists,
and 15 more 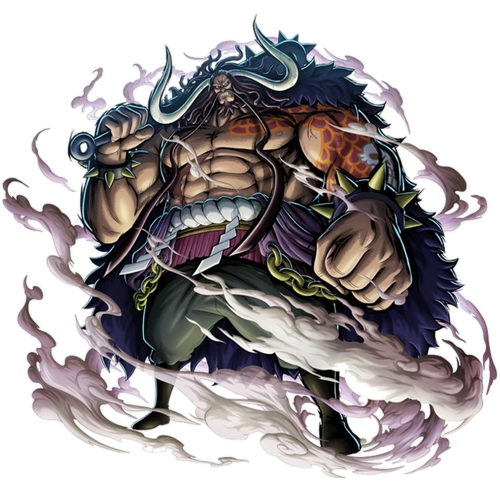 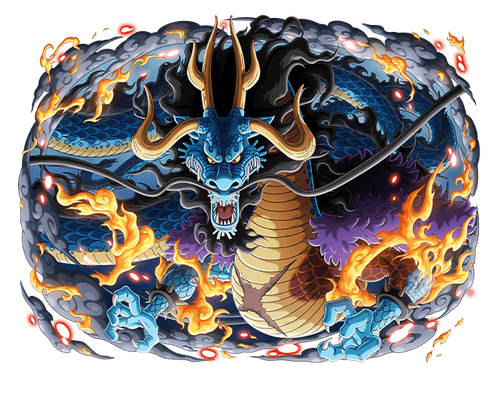 Kaido of the Beasts, renowned as the world's "Strongest Creature", is the Governor-General of the Beasts Pirates and one of the Four Emperors ruling over the New World. It was also revealed that he and Big Mom knew one another in the past, hinted that they were a part of the same crew sometime before Gol D. Roger was Pirate King and that he owes her a debt from back then. He appears to have eaten a powerful Zoan Devil Fruit which allows him to assume the form of a large serpentine dragon.

He is the primary antagonist of the Wano Country Arc and one of the central antagonists of the Four Emperors Saga.

Powers and Abilities: Superhuman Physical Characteristics, Weapon Mastery (Type 1), Enhanced Senses, Haoshoku, Busoshoku and Kenbunshoku Haki, Large Size (Type 0. Type 2 in zoan form), Electricity Manipulation (Thunder Bagua is a blow followed by electric currents that hits the target), Transformation (Can transform into a dragon), Breath Attack (In dragon form, he can inhale and shoot an extensive blast of fire and heat from his mouth, causing a great blast after hitting the target), Weather Manipulation (Was altering the weather with his mere presence), Air Manipulation, Natural Weaponry, Resistance to Fire Manipulation, Heat Manipulation

Speed: FTL (Blitzed Luffy when the latter was using Gear 4. Should be comparable, if not superior, to Rayleigh)

Range: Several meters with kanabo in humanoid form (due to its size). Hundreds of meters physically in the Dragon form. Kilometers with fire breath. A few kilometers with weather control

Weaknesses: Cannot swim if his body is completely underwater and will become massively weakened. Can geat heated quite easily.