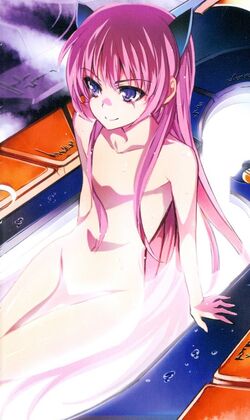 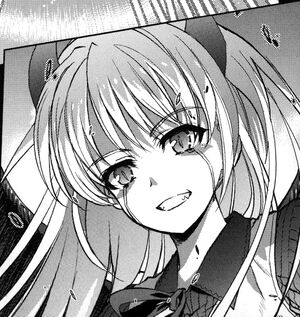 Kei Sakura, whose codename is Esper, is an antagonist of Ichiban Ushiro no Daimaou. He's a member of CIMO 8 who was genetically altered by using Akuto Sai's cells to become a new Demon King. He's in love with Kento Kurahashi.

Powers and Abilities: Superhuman Physical Characteristics, Magic, Air Manipulation (Can create strong gusts of wind), Flight, Water Manipulation, Blood Manipulation, Teleportation, Telekinesis, Social Influencing (Magically altered his cosmetic appearance to mesmerize anyone who saw him in order to manipulate them), Healing, Mind Reading, Mind Manipulation (Manipulated the minds of a large number of people to have sex with them), Energy Projection (Can create mana spheres that turns the opponent into dust), Regeneration (Low-Mid, Able to easily regenerate being stabbed through the chest), Forcefield Creation, Self-Destruction (The One can activate his self-destruction), Cosmic Awareness, Resistance to Power Nullification (The mana cancellers can't cancel his magic)

Attack Potency: Universe level+ (He is stronger than Act 12 Hiroshi Miwa with Anti-Demon King Combat Mode and should be comparable to Zero due to his nature as an Awakened Demon King)

Stamina: Should be able to fight for centuries without the need to rest just like Awakened Akuto

Weaknesses: Lacks any kind of empathy for life, wanting to destroy it beautifully