All Fiction Battles Wiki
Register
Don't have an account?
Sign In
Advertisement
in: Kirby (Verse), Verses, Video-Games,
and 2 more 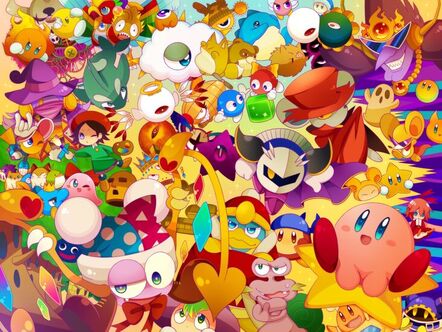 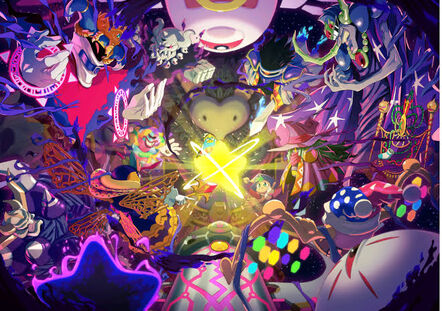 Kirby is a popular Nintendo series that follows Kirby, a small, circular and pink hero who can inhale things to copy their powers. The verse has a notable focus on simplicity in all its games while the main ones also implement subtle world-building and mysteries about the series. The verse purposely doesn't take itself seriously in certain aspects, letting its characters be outrageously powerful, bad guys get disproportionate retributions for their actions and characters who practice evil be let free for them to continue to do so, among other things. 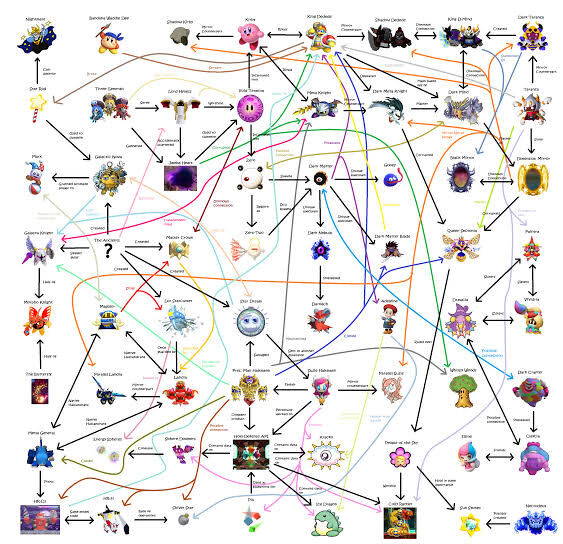 In contrast with it simplystic characters, Kirby Lore is actually pretty deep dating all the way back to creation where a being called Void created soul, heart, darkness, chaos and all possiblities, this being procced to be our main protagonist Kirby when he came on a spring breeze to the planet Pop Star, there he meet, fighted and defeated King Dedede, Meta Knight and Bandana Waddle Dee that he later befriended, he also befriended Marx helped Kirby to stop the Moon and the Sun to fight by summoning Nova, a giant clockwork star created by the Ancients, it ability was to grant wishes, however Kirby got betrayed by Marx who wished to be the most powerful being on existance, Kirby eventually defeated him, however Kirby also created another things, the Dark Matter, a species of clouds that roam around the cosmos spreading it corruption and destroying everthing that represent good, it leader, 0, got defeated by Kirby until it came back as 0² just to be defeated by kirby again and its unknown wether he'll appear a third time, 0² had a "son" called Dark Nebula that King Dedede sealed away in a treasure chest only to be stolen by the Squeaq Squad and be freed from it threatining the whole universe until Kirby defeated him, Kirby one day befriended a little alien that came crashing into Pop Star asking for help to defeat a evil Dragon in another dimension called Halcandra only to be betrayed yet again by the same who only wanted the Master Crown, a artifact also created by the Ancients that would give its user unlimited power, Kirby eventually defeated him and his soul who was a manifestation of the crown itself, after some battles here and there Kirby finally got into his toughest battle to date, Void Termina, a Void being that was bringed into another dimension and  extermined the ancients, he was eventually sealed by Galacta Knight/Aeon Hero and other 3 unknown heroes, Galacta Knight went later to be sealed becaude he was corrupted by Void Termina, the same who was unsealed by Hyness and the Three Mage Sisters who "sacrificed" themselfs so the ritual would be done, if Kirby lost, it was the End, if Kirby wonned, that was the beggining of another adventure

a lot of things are missing from this description, if you want to see all it check WiKirby or Kirby Wiki for more information

To see the Cosmology of the verse go here

This verse is much more powerful than most people would expect. Despite its cute and simplistic themes, it possesses loads of characters with incredible power, Genius Intelligence, multiple Immeasurable speed characters, decent hax such as BFR, Possession, Mind Manipulation, Reality Warping and more. The weakest beings of the verse are a butterfly and a regular human, and the common enemies found in most places are at Large Planet level scaling to feats such as black holes and planet cracking feats. The series then takes a massive jump in power, as the main cast and the Villains coming at Low Multiverse level. With the most powerful character even being Higher Dimensional