All Fiction Battles Wiki
Register
Don't have an account?
Sign In
Advertisement
in: My Hero Academia, Characters, Female Characters,
and 20 more

Lady Nagant is a villain who used to be a Pro Hero. She was freed from Tartarus by a riot caused by All For One in Tomura Shigaraki's body. She then pursued Deku in honor of a deal she made with All For One. Under the orders of the Public Safety Commission, Lady Nagant covertly killed many people, from criminals to corrupt heroes. All in an attempt to preserve the hope and faith heroes had built up over the years. After years of killing so many people, she began to grow tired of it all. She began to see hero society as a sham, a fragile system built upon lies and hypocrisy.

Tier: At least High 8-C, 7-A with Rifle, higher with Overclocked Rifle

Powers and Abilities: Superhuman Physical Characteristics, Limited Reactive Evolution and Accelerated Development (Quirk users have been shown to evolve or increase the strength of their quirk when in a life or death situation), Weapon Mastery (Type 1. She's a more skilled sniper than Snipe and she can do what he does with his quirk at 3 kilometers), Body Control and Weapon Creation (Via Rifle, she transforms her right arm into a sniper rifle), Hair Manipulation (She can twist her hair together forming bullets that she can make any shape that she wants such as Curving Rounds, Hollow Points and etc.), Precognition (Type 1. She could predict Deku's movements from the other side of a building and can curve bullets to hit him), Damage Boost (She can "overclock" her quirk increasing the velocity of her bullets), Pseudo-Flight (She can create a pocket in thin air where she can walk), Enhanced Senses (She could track Deku's movements in the middle of a storm at night while he was 1 kilometer away), Pain Tolerance (Type 3. She could withstand her arm being shattered by 100% Fa Jin Deku and her body exploding), Self-Destruction (All for One planted a quirk in her that will explode as a failsafe).

Attack Potency: At least Large Building level+ (She should be superior to low tier students), Mountain level with Rifle (She could damage 45% Deku and he stated she could've ended their fight immediately), higher with Overclocked Rifle (She increases the velocity of her bullet increasing its damage)

Speed: Massively Hypersonic (She could avoid 45% Deku from finding her by moving locations, her bullets are able to hit 45% Deku and she was able to avoid his Pinpoint Blackwhip), higher attack speed with Overclocked Rifle (She increases the velocity of her bullets)

Durability: At least Large Building level+ (She was barely able to survive her body exploding)

Stamina: High (She was capable of fighting 45% Deku in an air battle for several minutes and survived her body exploding)

Intelligence: Gifted (As a former Pro Hero trained by the Public Safety Commission she likely has many years of experiences. Lady Nagant is considered to be the best long range fighter in the country. Even Snipe admits that he can't hope to compete with her, as she far outclasses his Homing Quirk with raw skill alone.)

Weaknesses: Although "overclocking" her Rifle can increase the velocity of her bullets it puts her Rifle at risk of jamming and still hold her morality as a hero.

Rifle: Lady Nagant's Quirk, which allows her to extend a rifle from her right elbow. She can extend a tendril from her rifle that she can curl up to form a scope. She can also create various types of bullets, such as hollow-point bullets and curving bullets, from her hair by twisting and molding her bi-colored locks like Epoxy putty and hardening it to be as strong as any ammo. The range of her rifle fire is three kilometers.

Air Walk: A Quirk given to her by All For One which allows her to move freely in the air. Combined with the recoil from Rifle, she can propel herself through the air with ease.

Self Destruction: As a fail safe All for One secretly gave her a quirk so that if she failed it would explode her and the target. 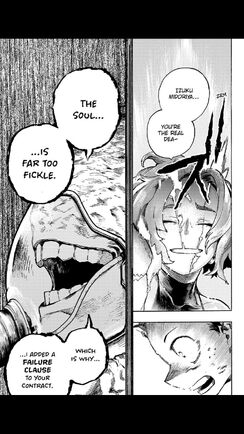 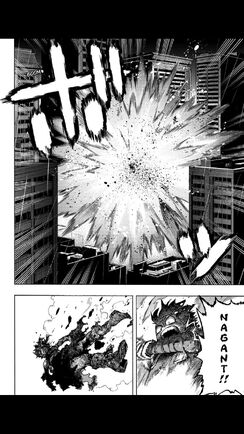