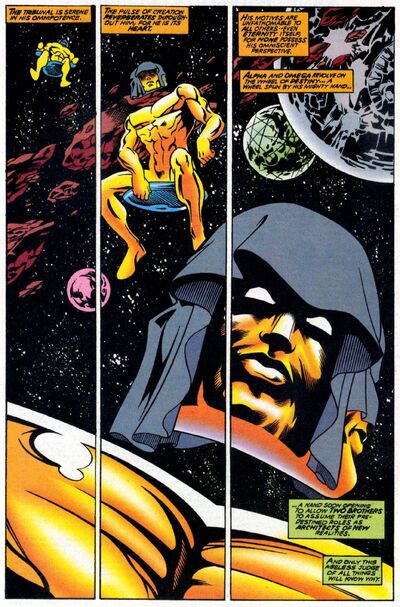 The ability to manipulate "laws" that applies themselves to reality automatically, referring to rules, mandates, and even basic logical principles/truths/facts that are the way a reality should work. The laws may or may not have been previously enforced within the setting of a verse by a higher authority.

Without control over them, basic users of power can only disrupt one or more rules. Normal and more sophisticated users may be able to kill, nullify, alter and/or create proposed laws potentially to preserve an order or to benefit themselves.

Users who do nonsensical things, especially when done in a cartoonish way, may only have Toon Force. There are also occasions when a law manipulator is actually using its powers to mimic Toon Force traits.