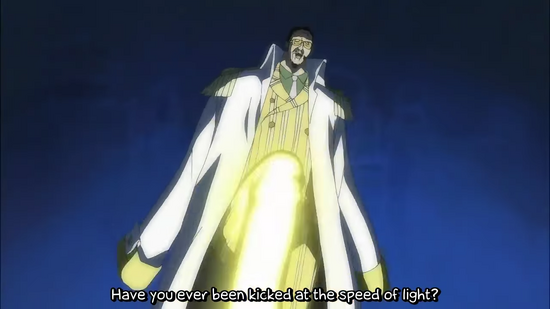 Dodging light or lasers is a fairly common trope seen in fiction and often the center of debate regarding characters speeds, given that light is the fastest known thing in the real universe. This article will set forth the standards of this wiki in determining what is considered a real "light beam".

Most lasers in fiction are not real or provable as real. Often they are supernatural in nature and do not function anywhere close to how real light should. Therefore, lasers/light beams are only accepted as real if they meet, at least, ONE of these criteria:

Furthermore, there are a few criteria which show a beam is NOT real light:

Please note that the opposite of these second list of criteria do not prove a beam is at lightspeed, merely that it could be (with the exception of the last criteria), should it meet the first list of criteria. Should there be great evidence in favor of the light being real or lightspeed, comparably minor showing against it being real can be overruled.