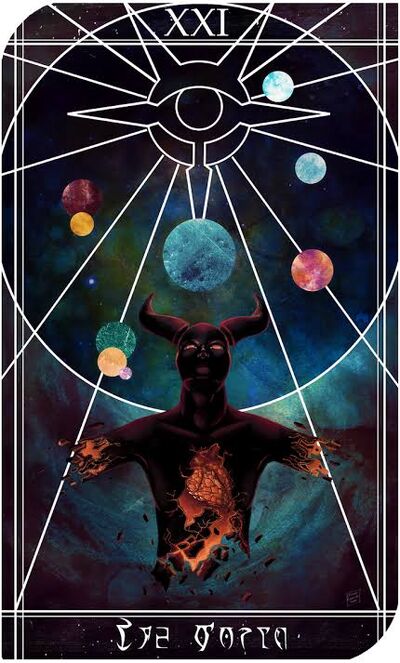 Lorkhan (Doom-Drum) is the Missing God of Change and the Mutant of Space. He is the Soul of Sithis, and the opposite counterpart to the Dragon God of Time, Aka, the Soul of Anui-El. Their simultaneous birth were what allowed the Et'Ada to crystallize and erupt from ineffability into being, allowing them to recognize themselves as individual entities with Past and Future, and together give order and shape to the cacophony of the primordial chaos, creating Existence: The Aurbis

He is the Creator-Trickster-Tester deity present in every Tamrielic mythic tradition. He is known as the Spirit of Nirn, the god of all mortals

He convinced or contrived the Original Spirits or Et’Ada to bring about the creation of the Mundus, upsetting the status quo—much like his (figurative) father Sithis is usually credited for introducing instability, and hence possibility for creation, into the undivided universe (or the Beginning Place)

After the world materialized, myths hold that Lorkhan was killed, mutilated, or at least separated from his divine center, the Heart of Lorkhan (known as Sep's "hunger" to the Redguardanand Shor's Heart to the Nords), in an event sometimes called the shattering of Lorkhan.

Name: None, known as The Void Ghost and branded with many names throughout history such as Lorkhan, LHKAN, Lorkhaj, Shor, Sep, Sheor, Shezarr, Talos, The Scarab, The Doom-Drum, The Frame-Maker, The Scarab-Framer, The Dark Leader, The Missing God, The Great Darkness, The Bad Man, The Greedy Man, The Second Serpent, The Corpse-God, The Unstable Mutant, The Moon Beast, The God of Mortals, The Lunar God, The Children's God, Shor Son of Shor, The Rainmaker, The Upstart Who Vanishes, The Shadow, The Ghost Snake, SITHISIT etc

Age: Inapplicable (Precedes the creation of time by Akatosh)

Attack Potency: High Hyperverse level (Permeates throughout the entirety of the Aurbis as the concept of Space, embodying its infinite physical dimensions. Equal to Akatosh, who stabilized the Aurbis from the primordial Chaos by creating and embodying the concept of Time which flows through all of the Wheel of the Aurbis as his blood) | Ascendental level, possibly Ascendental level+ (In their Original State, the Et'Ada were Boundless, Eternal and Infinite Spirits who existed wholly independently of duality, predating the concepts of Time and Space and Hyper Angles, referring to Higher Dimensions, having almost no will nor personalities as result of their limitless power. As the direct manifestation of Sithis, Lorkhan is considerably more powerful than the other Original Spirits and possibly scales to the Telescope of Wheels due to being the avatar of Sithis, thus is comparable to his mirror-brother Akatosh) | Unknown (His “divinity core” or his Heart, was ripped of as a punishment for his betrayal and the creation of Mundus, whatever remained of Lorkhan afterward was exiled to wander through creation, becoming the Missing God)

Speed: Immeasurable. Omnipresent as the Void Ghost (Lorkhan's Spirit is one with the entirety of the Aurbis, existing as the shell which encloses all of existence) | Unknown

Durability: High Hyperverse level (Lorkhan is the Aurbis itself, and its infinitely-infinite ascending realms. Is one of the most powerful Et'Ada of the Aurbis, being a direct manifestation of Sithis, rather than a spark created by its interplay with Anui-El, and could do battle against Auri-El and Trinimac during the Dawn Era, though was eventually defeated and his Divine Center was tore out of his body). At least Ascendental level, possibly Ascendental level+ for his Heart (The Heart of Lorkhan is a fundamental part of the Mundus, to the extent it cannot be broken and distorted in any away even by those who attained the state of CHIM and established themselves as Ruling Kings with full control over the Aurbis and beyond, returning to the original state of the Et'Ada, when Spirits were unbound by time, space and duality) | Unknown

Range: High Ascendental (Permeates through the entire of the Aurbis and is described as a mad and nameless spirit who exists at its very apex, and is himself capable of reaching beyond the Aurbis and into the Void of Sithis)

Feats: Created the concept of Space that stabilized the entire Wheel of Aurbis, creating infinite higher dimensions in the process, fought Auri-el and Trinimac during the Dawn Era 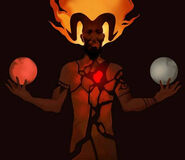 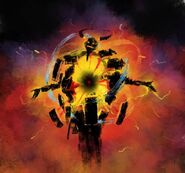 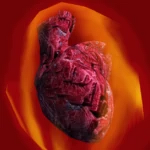 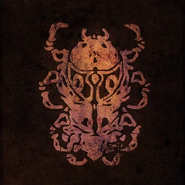 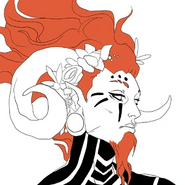