All Fiction Battles Wiki
Register
Don't have an account?
Sign In
Advertisement
in: Characters, Re:Creators, Female Characters,
and 13 more 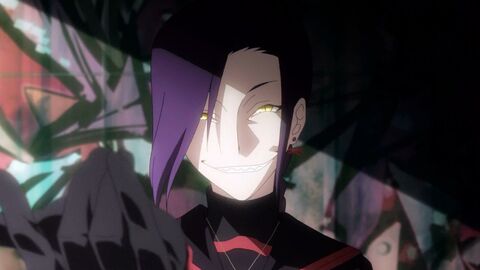 Magane Chikujoin is the enemy character in the light novel and anime series Record of the Night Window Demon. She is a criminal who murdered the entire student body of Korougamine Academy in "Sougenkyu Murder Case" in the fifth volume of the original series.

She was another of the creations brought to the real world by Altair, appearing in a library and summoning a monster to kill the owner of the library, then she would kill her own creator to prevent her powers from being modified, remaining as a spectator until her battle against Yuya and in the end helping Sota.

Powers and Abilities: Enhanced Senses (All Creations can detect when another is nearby), Causality Manipulation (Infinite Deception of Words is known to be capable of changing cause and effect), Power Nullification (She was able to nullify Yuya's abilities from affecting her), Power Absorption (She could able to stole Hangaku from Yuya), Resurrection (Resurrect Setsuna as a Creation), Summoning, Attack Reflection (Reflect Aliceteria's attack), Power Bestowal (She gave Hangaku back to Yuya and gave Souta parts of her abilities), Reality Warping and Law Manipulation (Her powers are capable of deforming reality and the laws of the world as a whole)

Intelligence: Above Average. (Her intelligence is such that she is capable of making people fall into her ability without them noticing by manipulating them through words)