All Fiction Battles Wiki
Register
Don't have an account?
Sign In
Advertisement
in: Mario, Characters, Video-Game Characters,
and 78 more 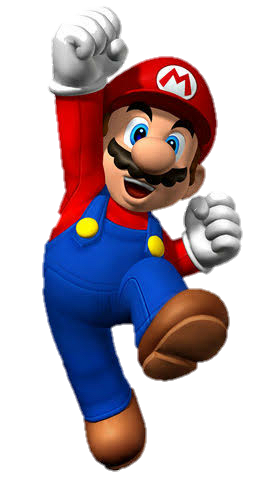 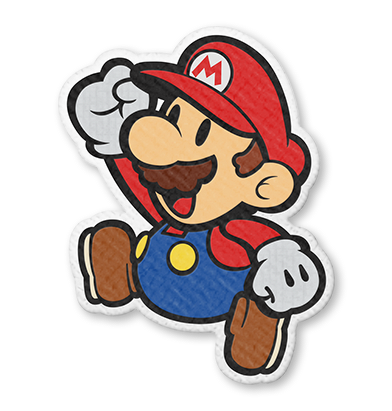 Mario is the main character and protagonist of the long-running and highly successful Mario series. He was created by Japanese video game designer Shigeru Miyamoto and also serves as the main mascot of Nintendo. Mario made his first appearance as the protagonist of the arcade game Donkey Kong, released in 1981.

Since Super Mario Bros., his trademark abilities have been his jumping and stomping powers, with which he defeats most of his enemies, and his ability to gain powers with a plethora of items, such as the Super Mushroom, Fire Flower, and the Super Star. Games have usually portrayed Mario as a silent character without a distinct personality (Fortune Street is a notable exception).

According to Nintendo's philosophy, this allows Mario to fit in many different genres and roles. In most games, he is the hero that goes on an adventure to save Princess Peach from Bowser, but he has been shown doing many other activities besides adventuring, such as racing and sporting with his younger twin brother and others.

Statistics Amplification, Pocket Reality Manipulation, Sealing, Healing, Black Hole Creation (Power Stars have been shown to be capable in creating and containing black holes), Existence Erasure (Power Stars are composed of Mini Stars, which are capable of erasing the physical bodies of opponents)

Attack Potency: Universe level+ (Can defeat users of the Power Stars, which can create pocket dimensions full of stars, which are also parallel universes. Can harm Power Moon users, which are comparable to Power Stars. Has fought and damaged Bowser who can survive the Galaxy Reactor exploding, which results in the universe being destroyed. Fought against many Grand Star users, Grand Stars are able to reset whole universes and are also capable of destroying them) | Universe level+ (Defeated Black Bowser, who was powered by Black Paint, which makes up all of space itself in Paper Mario’s universe and gives life to all of the landscape and people. Fought and defeated the Bonetail who is superior to beings who can create universes), Multiverse level with the Pure Hearts (The light equivalent of the Chaos Heart, which allowed him to defeat Super Dimentio after being empowered by it. Dimentio would have destroyed the totality of all worlds, dimensions timelines and possibilities in the Marioverse if he hadn't been defeated, which includes Dream Depot, where the dreams of the citizens are turned into entire universes)

Speed: Massively FTL+ (Dreamy Luigi could jump into constellations. Dodged attacks from a Grand Star-powered Bowser, who can tag Starship Mario [which is able to travel across a universe in 10 seconds] and flew the center of the universe in a short time; Fought the Millennium Star, which flew from the center of the universe to Earth in a couple of seconds) | Massively FTL+ (Comparable to before)

Range: Varies from Interstellar to Multiversal

Intelligence: Genius (Although mostly known as a plumber, Mario possesses numerous and versatile talents, from being able to excel in many sports such as basketball, tennis, and soccer to taking up other careers such as archaeology, education, and engineering. He's even intelligent enough to excel in multiple white-collar occupations such as being a physician and the CEO of a highly successful toy company. He is also a highly capable doctor who is able to create his own medicine to cure diseases. Mario is an experienced fighter and expert combatant, battling and defeating a diversity of foes and beings with various magic, unnatural powers and abilities, vastly different technology, and multiple fighting styles. His expertise and fighting prowess even extends back to his earlier years, where he's fully capable of piloting vehicles, skillfully use various power-ups and weapons, and confront an entire alien race invading his planet as an infant. He also outsmarted archaeologists and scientists during his vacation to Pi'illo Island, solving the very mystery that left the aforementioned people scratching their heads. He was also able to beat Jynx, a master combatant, who was so impressed with Mario's fighting capabilities, he renamed his entire dojo after the plumber and made him the master. Mario has gained so much skill that he's capable of completing trials such as The Perfect Run, Tubular, The Impossible Pack, and more, where Mario's incapable of suffering so much as a single hit. Mario's multiple accomplishments have made him famous worldwide)

Weaknesses: Certain power-ups have a time limit or can be removed from an attack, somewhat impulsive and not much of a strategist.

Jump: Mario's main and preferred method of attack. He jumps on his opponent and crushes him/her with sheer strength. He is incredibly skilled with this action, being able to perform various jump techniques:

Mario's weapon of choice that serves as a counterpart to his jumps. He brings it out and strikes the enemy with it. He also uses it to counterattacks, reflects projectiles, and occasionally inflict status conditions such as making foes dizzy or reduce their speed or defense.

Mario can manipulate fire and perform various fire techniques without a fire flower in some games. Some of his techniques include:

*Mario Tornado: Mario horizontally spins like a tornado, trapping opponents in a series of hits if they get caught.

A Bonneter that Mario befriended with. He grants Mario's signature cap special powers:

Zone Speed: Focusing his energy, Mario augment his senses into the point the flow of time slows down in his perspective.

Mario can use several items which grant him several forms with special abilities which are stated in this list:

Note: Despite the confusion of the Mario Bros franchise canon due to its 5th installment of the Mario and Luigi series, Paper Jam, several games such as Super Mario 64 DS, Super Mario Sunshine, Mario Party 5, and other installment has made several connections to the Paper Mario franchise which establish the series to be part of the same verse. It should be noted that the Paper Mario series has made several connections to other games as well with an interview of the creator confirming that the overall franchise having no canon to speak of