All Fiction Battles Wiki
Register
Don't have an account?
Sign In
Advertisement
in: Characters, Genderless Characters, Precognition Users,
and 11 more 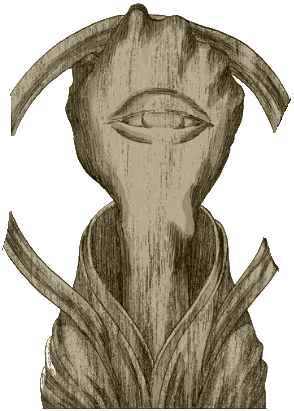 Classification: Deity and Right Hand of the Soul King

Attack Potency: Universe level+ (Should be comparable to Soul King)

Speed: Massively FTL+ (Traveled from the Soul Society to the Soul King Palace in mere moments)

Durability: Universe level+ (Tanked Yhwach's attempts to attack him with a shadowy barrier)

Stamina: Extremely high, as long as the host remains alive

Range: At least several kilometers (Was able to reach the Soul King's realm in seconds, still attached to his host back in Soul Society)

Weaknesses: His loyalty to the Soul King can get him killed. A being like him is made of Pure Reishi, and can be absorbed by certain beings, such as Yhwach..

Stagnation Governance: Mimihagi governs stagnation, the stopping of development, growth, progress, and change; as it represents stillness, it can prevent whatever that tries to change or develop from happening. Mimihagi can accomplish this via symbiosis with whatever being it is attached to.