All Fiction Battles Wiki
Register
Don't have an account?
Sign In
Advertisement
in: Characters, Female Characters, Humans,
and 39 more 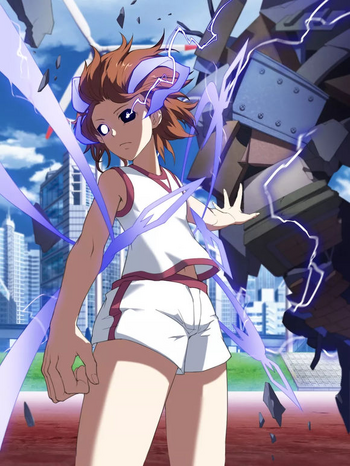 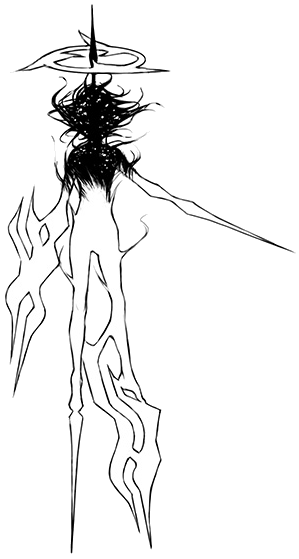 Misaka Mikoto is a major character in Toaru Majutsu No Index and the main protagonist of Toaru Kagaku No Railgun. She is a Level 5 Esper and the strongest electromaster in Academic City.

She is the third ranked Level 5 esper in Academy City, and has been nicknamed Railgun due to her signature move. Kamijou Touma coined the nickname Biri-Biri (ビリビリ?) (a Japanese onomatopoeia imitating the sound of electricity), while in the English dub she is referred to as "Bug Zapper" (or more usually, simply "Zapper"), and whenever the two meet, he usually calls her that, even after his amnesia.

She often shows an incredibly immature and selfish side and displays heavy tsundere tendencies when her crush, Touma, insults her. To add to this childishness, she is inclined towards cute things, most specifically, Gekota and Kill Bear merchandise. She likes frog merchandise, but only if it features Gekota.

Attack Potency: Athlete level physically (Casually kicked a man hard enough to send him rolling into trash cans. Could keep up with Frenda), Large Building level with Iron Sand (Created a giant iron sand golem to fight against Doppelganger. Can easily slice through tanks and sever limbs of advanced Powered Suits), City Block level with Railgun (Superior to Kiyama, who vaporized a pillar with her vaporizing beam). Town level with Lightning Strikes (Can generate one billion volts lightning at will) | Mountain level (Produced a massive energy attack of 2 gigatons at 2% of her power), will eventually reach Island level+ (If not stopped by Touma, she would eventually reach 100% of her power, wiping out Academic City off the map)

Stamina: High (Can continuously fight after several injuries. Continued to destroy the facilities of the Level 6 Shift Project for days with barely any rest and still had energy to fight against Frenda, Takitsubo and Mugino afterward while taking several attacks and injuries from them)

Standard Equipment: Coins (or any object for that matter) that she can use for her Railgun technique

Intelligence: Extraordinary Genius (As a Level 5, Mikoto is able to process information much faster than supercomputers from Academic City. Can speak a multitude of different languages fluently and is very creative and efficient when using her powers, manipulating iron sand in multiple ways, devising her infamous Railgun technique on her own and even coming up with new applications of her power in the spot, such as when she used her electricity to manipulate water vapor in order to fly. She is also capable of flawlessly hacking the extremely advanced security systems of Academic City which is 30 years ahead of the world)

Weaknesses: None notable | Appears to be a mindless beast and will self-destruct herself once it reaches 100% of her maximum output