All Fiction Battles Wiki
Register
Don't have an account?
Sign In
Advertisement
in: Characters, Acausal Characters, Immortals,
and 74 more 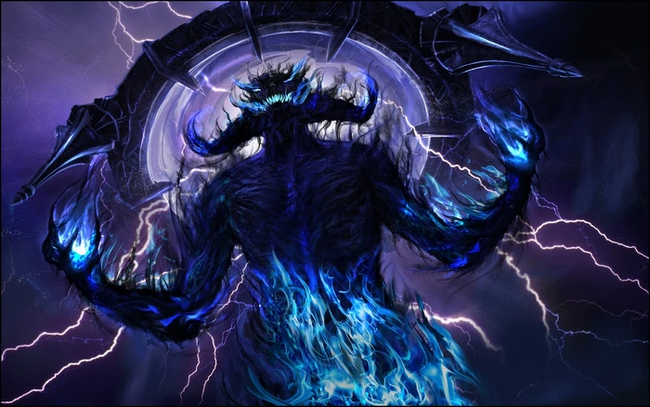 Molag Bal (Stone-Fire, or literally "Fire Stone" in the Aldmeri language) is the Daedric Prince whose sphere is the domination and enslavement of mortals. His ultimate desire is to harvest the souls of all mortals, bringing them within his sway by spreading seeds of strife and discord in the mortal realms. To this end, he obsessively collects soul gems, and has even dragged pieces of the mortal plane into his realm to satisfy his insatiable desire for conquest. The more souls he collects, the more he wants.

Molag Bal values patience and cunning. He often deceives those he deals with, and is capable of waiting exceedingly long periods of time to carry out his schemes. He also takes great pleasure in the suffering of mortals, and often has them tortured for his amusement. Those who fall into his clutches are forced to labor ceaselessly for his benefit. The Prince has a penchant for necromancy, often employing the use of the risen dead and forcing his followers to serve beyond the grave. He is capable of preserving live mortals for extended periods of time to prolong their suffering.

Molag Bal is acknowledged as the father of several children, though it is unclear what those relationships mean to him. He has a son, Ozzozachar, who is a Daedric Titan. He also has a daughter named Molag Grunda, a Winged Twilight who took the lowly Frost Atronach Nomeg Gwai as her consort. Molag Bal did not approve of the relationship and had them both banished to Oblivion so he could punish them for eternity. A persistent legend about Haymon Camoran claims he is the progeny of Molag Bal and a Breton woman. Molag Bal's enemies are Ebonarm, Boethiah, Meridia, Lamae Bal and Arkay, and was at one point allied with Azura. His summoning day is during Chil'a, on the 20th of Evening Star. He appears before his cultists in the guise of a mortal when invoked on other dates.

Attack Potency: High Hyperverse level (Molag Bal is a Daedric Prince which maintains and comprises Oblivion, and is one of the Ruling Princes and holds a great piece of oblivion in which he holds absolute control of, and is one of the Original Et'Ada who help with the creation of Oblivion) | Ascendent level (In His Original State Before creating Oblivion, he was an Et'Ada who were Boundless, Eternal and Infinite Spirits who existed wholly independently of duality, predating the concepts of Time and Space, and living in pure harmony, having practically no personalities or boundaries that separated themselves from anything else, inhabiting creation in its original Zero-State of pure Infinite possibility, where everything that can and cannot happen is always happening all at once, forever, regardless of contradictions)

Speed: Immeasurable (Can travel the infinite realm of Oblivion) | Omnipresent (Inside his domains) | Irrelevant